The New York Fed, Pumping Out More than $9 Trillion in Bailouts Since September, Gets Market Advice from Giant Hedge Funds 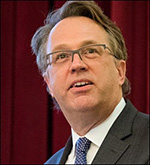 The New York Fed, the unlimited money spigot in times of need by Wall Street’s trading houses, has been conducting meetings with hedge funds to get their input on the markets. More on that in a moment, but first some necessary background.

Millions of Americans have seen the movie The Big Short, based on the Michael Lewis bestselling book by the same name. A key character in the movie is Mark Baum, played by Steve Carell. The character is based on Steve Eisman, who, during the financial crisis of 2008, was employed at FrontPoint Partners LLC, a hedge fund unit of Morgan Stanley. As widely acknowledged, FrontPoint was shorting subprime residential mortgages that were packaged into CDOs (Collateralized Debt Obligations). Shorting means to make a bet that a financial instrument will lose value. FrontPoint was, in fact, hoping American homeowners would be foreclosed on and their subprime mortgages would become worthless.

But here’s what else FrontPoint was shorting. Lewis writes in his book that during the financial crisis Eisman, while at FrontPoint, “shorted Bank of America, along with UBS, Citigroup, Lehman Brothers, and a few others.” Lewis notes further that “They weren’t allowed to short Morgan Stanley because they were owned by Morgan Stanley, but if they could have, they would have.”

The New York Fed was in charge of almost all of the secret $29 trillion in bailouts during the 2007 to 2010 financial crisis. Congress never approved these loans or was even aware of where the money was going. After the Fed lost a multi-year court battle to keep its bailouts a dark secret from the American people, we learned that Morgan Stanley was one of the largest recipients, receiving a cumulative total of $2.04 trillion according to the audit conducted by the Government Accountability Office (GAO).

Buried deep in the GAO audit is this bombshell:

“Morgan Stanley funds include TALF borrowing by funds managed by FrontPoint LLC, which was owned by Morgan Stanley at the time TALF operated.”

TALF was one of the Fed’s bailout programs. Which means the Fed was subsidizing FrontPoint with super cheap funding as it was shorting the hell out of the very banks that the Fed was desperately attempting to prop up with trillions of dollars in secret loans.

How viable was Morgan Stanley at the time the Fed was flooding it with emergency lending? According to the Financial Crisis Inquiry Commission report, both Lehman Brothers and Morgan Stanley had reached leverage ratios of 40:1 by the end of 2007 – “meaning for every $40 in assets, there was only $1 in capital to cover losses. Less than a 3% drop in asset values could wipe out a firm.”

Neil Barofsky, the former Special Inspector General of the Troubled Asset Relief Program wrote a book about the crisis titled: Bailout: An Inside Account of How Washington Abandoned Main Street While Rescuing Wall Street. Barofsky writes in the book that then Treasury Secretary Hank Paulson told him “that he believed Morgan Stanley was just days away from collapse, and Ben Bernanke, the chairman of the Federal Reserve, similarly confided that he believed that Goldman Sachs would have been the next to go. After that, all bets on the country’s financial system would have been off.”

Which brings us to today. The New York Fed is back in charge of a vast roster of emergency lending facilities. It won’t provide information on to whom or how much it has loaned individually in three of those facilities: the Primary Dealer Credit Facility; the Commercial Paper Funding Facility; and the Money Market Mutual Fund Liquidity Facility.

On top of those facilities, beginning on September 17, 2019 – months before the first case of COVID-19 was reported in the United States – the New York Fed embarked on a massive emergency repo loan operation, which had reached $6 trillion cumulatively in loans by January 6. (See Federal Reserve Admits It Pumped More than $6 Trillion to Wall Street in Recent Six Week Period.) The Fed has provided data on the total amounts of the daily loans, but not the names of the recipients. All it will say is that the loans are going to its 24 primary dealers, which are the trading units of the big banks on Wall Street. The last time we tallied its data in March, it had sluiced over $9 trillion cumulatively to these trading houses.

According to a research report released in December by the Bank for International Settlements (BIS), four large banks and hedge funds were responsible for the repo blowup in September.

The group meets quarterly. The minutes are so scrubbed that they barely provide any idea of what was actually discussed. The October 9, 2019 meeting minutes, which followed the onset of the New York Fed’s massive repo loan operations, contains this well-scrubbed assessment:

“They [the participants] also noted that the Fed repo operations had alleviated funding strains, though they remained focused on year end pressures. Some of these attendees thought that over time some investors may set aside cash to deploy in the event of a reoccurrence of funding pressures, which may also mitigate some of these pressures in the future.”

Since the Fed’s inception in 1913, the statutory role of the Federal Reserve has been to serve as lender of last resort to commercial banks – so that those commercial banks could help the overall economy by making sound business and consumer loans. The statutory role of the Fed has never been to be a lender of last resort to the trading houses on Wall Street or hedge funds. But beginning with the 2007 to 2010 financial crisis, the New York Fed has simply arbitrarily decided to provide an unlimited money spigot to Wall Street’s trading houses whenever they are at risk of blowing themselves up as a result of their own hubris.

To say that Congress has been negligent in reining in this abuse barely captures the reckless irresponsibility of what the New York Fed has been allowed to continue to do with barely a whimper from Congress or mainstream media. For just a sampling of its captured regulator status, see the related articles below.