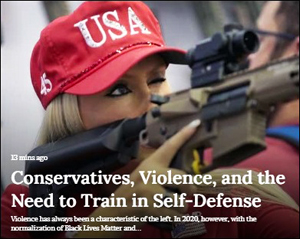 Article Appearing at NAEBC.com on October 1, 2020

Yesterday, the Reuters news agency reported that a fake Russia-backed news site tied to the Internet Research Agency, the Russian group that meddled in the 2016 U.S. presidential election, has been caught in the radar of the FBI. The website is called the Newsroom for American and European Based Citizens or NAEBC.

According to Reuters, the operation was created in June. It reposts content from right-wing websites as well as paying U.S. freelance writers to provide original content about politically-divisive issues. Reuters reports that “A network of accounts posing as editors and journalists then promoted the articles on social media sites favored by right-wing users.”

Reuters asked the social media analytics firm, Graphika, to analyze the NAEBC website. Its spokesperson said the strategy was to “energize Trump supporters, depress support for Biden, and target both sides with divisive and polarizing messages.”

We felt the NAEBC.com website might be taken down yesterday (it’s still up as of 7:00 a.m. this morning) so we took screenshots of its front page and various articles. We then researched some of the writers whose bylines appear on the website.

One name stood out: Don Boys. That’s the former member of the Indiana House of Representatives who caused an uproar last year with a blog post calling being gay a “revolting practice” and a “perversion.” Boys went on to cite a litany of stomach-churning practices that he alleges gays engage in. The thrust of the article was to denigrate then presidential candidate, Pete Buttigieg, who is gay.

Boys is also the author of the 2016 book, Muslim Invasion: The Fuse Is Burning. The book describes itself like this: “Islam, Muslims, immigration, Jihad, Sharia, and the war against our civilization, culture, and creed is a present reality. Gutless public officials are selling us short either by complicity with the enemy or due to a doctrinaire commitment to idiotic tolerance ideology.”

Anti-Muslim rhetoric is an issue near and dear to the hearts of the Koch network, which has a heavy presence in the Trump administration.

We emailed Boys and asked how he came to write for NAEBC. His response was as follows:

“I heard from NAEBC a few days ago asking me to send them my columns. I had never heard of them. I was told they planned ‘to fight against leftist narrative in media and to provide news and opinions based on facts instead of feelings or political correctness.’

“Well, I think every honest, principled journalist agrees with that statement. I remember replying that I had added them to my master media list that publishes my columns from time to time…

“I was told NAEBC originated in Hungary and I mentioned that that was a great nation and wished them success with their site. That’s the extent of my contact with the group until you informed me they are reported to be a Russian group. I have not seen that documentation….”

So there you have it. All the Russians have to do to enlist unknowing Americans in a war to undermine their own country is to promise a “fight against leftist narrative in media.” It’s as easy as that. No vetting is apparently necessary of a four-month old news site that appears out of nowhere in the middle of the most controversial presidential election in a lifetime and during a time when the U.S. intelligence community is on record that the Russians are once again meddling in this election.

Another writer who has had a number of articles published at NAEBC uses the byline “Ilana Mercer.” Her bio at the bottom of her NAEBC articles states that she “has been banned by Facebook.” It offers no reason as to why.

Mercer’s most recent book, released during the last presidential campaign in June of 2016, is titled The Trump Revolution: The Donald’s Creative Destruction Deconstructed. The book promotes itself as follows on Amazon: “Donald J. Trump is smashing an enmeshed political spoils system to bits: the media complex, the political and party complex, the conservative poseur complex.” Seriously? Fact check.

We thought we might be able to contact Mercer through her book publisher, Politically Incorrect Press, which has a post office box address in Issaquah, Washington. The publisher, however, has no website, no phone number and seems to have published just the one book authored by Mercer.

We emailed Mercer yesterday through her website to inquire as to how she came to write for NAEBC and if she was getting paid for her work. We received no response.

One of the most outrageous articles on the NAEBC website carries no byline. It’s dated July 7, 2020 and titled: “Mainstream Media Spread Conspiracy that Riots are ‘White-supremacist’ False-flag Operation.” It makes this sensational claim: “There is every reason to believe that Antifa operatives and sympathizers have penetrated the highest reaches of the Democratic Party.” No evidence supporting any such statement has been introduced by any credible source.

The photo above captures an article posted at NAEBC.com yesterday that urges conservatives to “Train physically and mentally in a real martial or combat art to make yourselves into weapons of mass destruction that, at a moment’s notice, you can unleash upon any and all who would imperil you or your loved ones.”

That message also seems to dovetail with a new ad from Donald Trump Jr. which the Trump campaign has posted on Facebook and Twitter. Don Jr. urges the following:

“We need every able-bodied man and woman to join Army for Trump’s election security operation at DefendYourBallot.com. We need you to help us watch them, not just on Election Day but also during early voting and at the counting boards. President Trump is going to win. Don’t let them steal it. Go to DefendYourBallot.com and enlist today.”

The timing of these two messages certainly hints of coordination between one or more invisible hands.

On September 17, Christopher Wray, the FBI Director testified before the House Homeland Security Committee. In answer to a question from Committee Chair, Bennie Thompson, Wray said this:

“Yes, I think the intelligence community’s consensus is Russia continues to try to influence our elections, primarily through what we would call maligned foreign influence as opposed to what we saw in 2016 where there was also an effort to target election infrastructure – you know, cyber targeting. We’ve not seen that second part yet this year or this cycle. But we certainly have seen very active, very active, efforts by the Russians to influence our election in 2020 through what I would call more the maligned foreign influence side of things: social media use of proxies, state media, online journals, etc., in an effort to both sow divisiveness and discord. And I think the intelligence community has assessed this publicly – to primarily denigrate Vice President Biden and what the Russians see as kind of an anti-Russian establishment. That’s essentially what we’re seeing in 2020.”

Update: According to a Tweet from Chris Vickery, the Director of Cyber Risk Research at UpGuard, the user account “rttvqiwi,” “is the account in control of the NAECB site.” RT-TV sounds a lot like the RT television network (formerly Russia Today) which is a state-controlled international television network. Vickery reports that Qiwi is a payments service company headquartered in Russia. Chris Vickery is someone you probably want to listen to carefully in matters such as this.