Atlanta Fed’s Model Forecasts GDP to Contract by -2.1 Percent in Second Quarter; Morgan Stanley Says S&P 500 Could Drop Another 22 Percent If that Happens

By Pam Martens and Russ Martens: July 5, 2022 ~ The Department of Commerce’s Bureau of Economic Analysis (BEA) will release its advance estimate for U.S. Gross Domestic Product (GDP) for the second quarter of 2022 at 8:30 a.m. on July 28. All eyes on Wall Street will be glued to that number as a gauge of where stock prices are headed. As of this morning, the highly respected number crunchers at the Atlanta Fed’s GDPNow model are forecasting a contraction of -2.1 percent in U.S. economic growth in the second quarter. (That’s the real GDP growth/seasonally adjusted annual rate.) The Atlanta Fed’s GDPNow modelers will update their forecast five more times, based on additional economic data releases, before the advance estimate for second quarter GDP is officially released by the BEA on July 28. GDP contracted at a -1.6 percent annualized rate in the first quarter. Two quarters of negative … END_OF_DOCUMENT_TOKEN_TO_BE_REPLACED 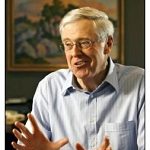 By Pam Martens and Russ Martens: July 1, 2022 ~ Imagine a country that allows a private fossil fuels conglomerate (or its billionaire boss, Charles Koch, the 17th richest person in the world according to Forbes) to get away with the following: Meet secretly with big political donors twice a year to plot a coordinated strategy to put their chosen people in public office; Meet at his private club with a sitting Supreme Court justice who will then rule on key legislation that benefits his interests; Fund an organization that then sluices money to the wife of the Supreme Court Justice; Run a highly sophisticated voter registration database, data mining and get-out-the-vote operation called i360, in order to pack Congress with people who will pursue an antiregulatory agenda; Install dozens of its lawyers and operatives into the highest offices of the federal government; Run a sprawling, opaque trading operation that could … END_OF_DOCUMENT_TOKEN_TO_BE_REPLACED

Deutsche Bank and JPMorgan Chase Have Been Trading Like Clones for Two Months; Both Are Down Almost 30 Percent Year-to-Date

By Pam Martens and Russ Martens: June 30, 2022 ~ JPMorgan Chase’s stock has lost 27 percent of its market value year-to-date through its June 29 closing price. But more disturbing than that is the above chart showing that the behemoth German lender, Deutsche Bank, has been trading like a clone of JPMorgan Chase for the past two months. Deutsche Bank’s stock price is down just one percentage point more than JPMorgan Chase year-to-date. JPMorgan Chase is the largest federally-insured bank in the United States. Looking like one is tied with an umbilical cord to Deutsche Bank has its perils on Wall Street. Let’s start with the raids on the Deutsche Bank’s headquarters, two of which coincided with dead bodies turning up. On November 29, 2018, Deutsche Bank’s headquarters in Germany were raided by 170 members of law enforcement. Prosecutors explained the action by stating that “Deutsche Bank helped customers found … END_OF_DOCUMENT_TOKEN_TO_BE_REPLACED

Report: JPMorgan Chase and Citibank Hold 90 Percent of All Gold and Other Precious Metals Derivatives Held by All U.S. Banks

By Pam Martens and Russ Martens: June 29, 2022 ~ Last Tuesday, the Office of the Comptroller of the Currency (OCC) released its quarterly report on derivatives held at the megabanks on Wall Street. As we browsed through the standard graphs that are included in the quarterly report, one graph jumped out at us. It showed a measured growth in precious metals derivatives at insured U.S. commercial banks and savings associations over the past two decades and then an explosion in growth between the last quarter of 2021 and the end of the first quarter of this year. In just one quarter, precious metals derivatives had soared from $79.28 billion to $491.87 billion. That’s a 520 percent increase in a span of three months. (See Figure 18 at this link. The last ten years of the graph is shown above.) Having studied these quarterly reports since the 2008 financial crash, we … END_OF_DOCUMENT_TOKEN_TO_BE_REPLACED

By Pam Martens and Russ Martens: June 28, 2022 ~ In September 1999 the U.S. Department of Justice filed racketeering charges against the major tobacco companies and two of their front groups. The court filings in that case carefully pieced together a half century of conspiratorial conduct and lies that gravely harmed the health of the American people, while lining the pockets of the tobacco industry, its lawyers and its paid shills. The January 6 Select House Committee has that same, once-in-a-lifetime power in its hands. But that window of opportunity will close soon. The January 6 Committee can connect all the dots of the attempted coup leading to the doorstep of Charles Koch and expose his four decades of establishing front groups to shill for the fossil fuels industry and anti-climate change groups, or it can present a false and narrow view that this was all about the ego and … END_OF_DOCUMENT_TOKEN_TO_BE_REPLACED

By Pam Martens and Russ Martens: June 27, 2022 ~ When the cryptocurrency exchange, Coinbase, first offered its stock to the public on April 14, 2021, its S-1 Registration Statement that was filed with the SEC indicated that Goldman Sachs, JPMorgan and Citigroup were its financial advisors, along with Allen & Company. Most Americans would assume that if one is the financial advisor to a company going public for the first time, the financial advisor would know a considerable amount about that company’s business and future prospects. But as we reported last Wednesday, horror stories in the thousands about how Coinbase runs its exchange have been piling up in the publicly accessible database of the federal regulator, the Consumer Financial Protection Bureau. Three business days after we published that information, Goldman Sachs finally put out a sell rating on the stock of Coinbase. The news came from Goldman Sachs before the … END_OF_DOCUMENT_TOKEN_TO_BE_REPLACED

By Pam Martens and Russ Martens: June 24, 2022 ~ Add JPMorgan Chase, the biggest bank in the United States with an unprecedented five criminal felony counts since 2014, to the growing list of debacles of which the Fed has lost control. The Fed has its bank examiners pouring over the books of JPMorgan Chase on an ongoing basis, but somehow the bank’s dangerous book of derivatives has been allowed to spike by $14.42 trillion in the first quarter of this year, soaring from $45.84 trillion on December 31, 2021 to $60.26 trillion on March 31, 2022. That’s an increase of 24 percent in a three-month span. That information comes from page 18 of the newly-released report on derivatives in the banking system from the Office of the Comptroller of the Currency (OCC). The Dodd-Frank Act of 2010 was supposed to stop the insanity of unfathomable amounts of risky derivatives being … END_OF_DOCUMENT_TOKEN_TO_BE_REPLACED

Is the Crypto Threat to U.S. Financial Stability $889 Billion or $10 Trillion?

By Pam Martens and Russ Martens: June 23, 2022 ~ Yesterday, Benzinga reported on a curious statement made by Fed Chair Jerome Powell during his appearance before the Senate Banking Committee on Wednesday. Powell was asked by Senator Kyrsten Sinema (D-AZ) if the Fed had been tracking the events in the crypto markets in the past several weeks. Powell responded that the Fed was watching those events “very carefully” but the Fed “did not see significant macro-economic implications.” The article goes on to lend credence to this observation from the Fed by noting the following: “It is important to note the entire cryptocurrency market cap is $889.25 billion versus the American GDP, which is $25.34 trillion, and an equities market that controls more than $49 trillion.” Before we drill down into the weeds of that crypto market cap figure, it’s important to note that former Fed Chair Alan Greenspan told Congress that he saw no major … END_OF_DOCUMENT_TOKEN_TO_BE_REPLACED

By Pam Martens and Russ Martens: June 22, 2022 ~ The Consumer Financial Protection Bureau (CFPB) is the federal agency that was created under the Dodd-Frank Act of 2010 in response to Wall Street’s harrowing abuses to average Americans in the leadup to the financial crash of 2008. One of its key benefits is that it has a complaint database where consumers can post their complaints to the agency, and the general public and reporters can read those complaints on a public website. The general public benefits by seeing what types of complaints are being made against a financial institution they might be considering doing business with and reporters can look for dangerous patterns that are emerging. We delved into a specific area of complaints at the CFPB yesterday. We put the word “Bitcoin” into the search box and pulled up 1,031 matches. Next we searched under the word “crypto” and … END_OF_DOCUMENT_TOKEN_TO_BE_REPLACED

By Pam Martens and Russ Martens: June 21, 2022 ~ There have been a number of articles lately attempting to reassure Americans that the crypto carnage will not cause financial instability or an economic collapse in the U.S. like that of 2008. The fact is, absolutely no one can say with any degree of certainty what will be the outcome of this unprecedented era of reckless investing. That’s because anything that causes the megabanks on Wall Street to pull back from lending to one another or to major counterparties – out of fear that the institution has dangerous crypto exposure – could cause the same contagion effect that occurred in 2008 from opaque derivatives and toxic subprime debt exposures. We decided to have a look at the websites and quarterly SEC filings (10-Qs) made by the megabanks on Wall Street, the ones that since the repeal of the Glass-Steagall Act in … END_OF_DOCUMENT_TOKEN_TO_BE_REPLACED