When It Comes to JPMorgan, Warren Buffett Isn’t Buying the Spin from the Fed and the Street 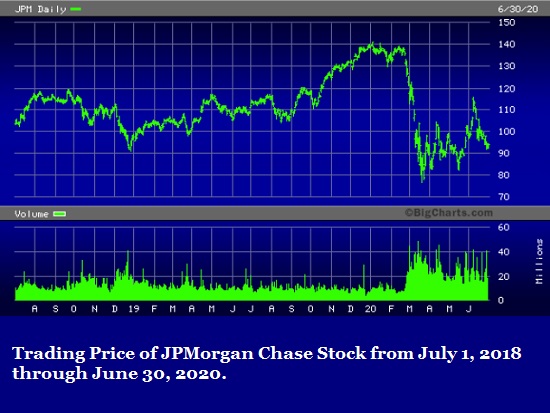 At his press conference on June 10 of this year, Fed Chairman Jerome Powell said this about the U.S. banking system, which includes a little more than 5,000 federally insured banks but is dangerously concentrated in the hands of just five mega banks on Wall Street.

Warren Buffett, Chairman and CEO of Berkshire Hathaway, is apparently not buying the story that Powell is attempting to sell to the public. According to Berkshire Hathaway’s 13F filing with the Securities and Exchange Commission for the quarter ending June 30, 2020, Buffett dumped 35.5 million shares of JPMorgan Chase or 61.5 percent of his 57.7 million share holding in the bank.

Buffett also dumped the remainder of his position in Goldman Sachs, which amounted to 1.9 million shares. Buffett had already exited 84 percent of his shares of Goldman Sachs in the first quarter of the year.

When a storied investor like Warren Buffett is dumping what the Street is pumping, it’s never a good sign.

One of the things that could be spooking Buffett when it comes to JPMorgan Chase is the unquantifiable risk in its derivatives book. This is, after all, the bank that famously lost $6.2 billion of its bank depositors’ money in its London Whale derivatives scandal of 2012. Buffett has previously dubbed derivatives “financial weapons of mass destruction.”

According to the regulator of national banks, the Office of the Comptroller of the Currency, as of March 31, 2020, JPMorgan Chase had the largest exposure of any U.S. bank to derivatives. Its notional exposure (face amount) was $59 trillion. The bank with the second largest exposure was the Goldman Sachs bank holding company, at $47.7 trillion.

As Markets Plunged in March, Dark Pools Upped their Trading in JPMorgan’s Stock