Financial Lynching Must Be Part of the National Debate 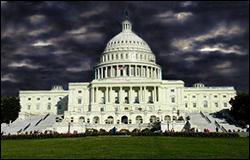 As we watched the dangerous scenes of protesters interacting with riot police and the ransacking of banks and businesses in cities across the United States this past weekend, a warning from the 19th century abolitionist, Frederick Douglass, came to mind:

“Where justice is denied, where poverty is enforced, where ignorance prevails, and where any one class is made to feel that society is an organized conspiracy to oppress, rob and degrade them, neither persons nor property will be safe.”

The protests last week and this past weekend were sparked by unspeakable cellphone videos of a Minneapolis policeman, Derek Chauvin, torturing and murdering George Floyd with his knee crushing his throat for almost nine minutes as Floyd lay handcuffed and pinned face down on the ground by Chauvin and three other police officers. Only Chauvin has been charged with third degree murder and manslaughter. The three other police accomplices have not been charged – adding more fuel to the outrage and protests across the country.

Jeh Johnson, Secretary of Homeland Security in the Obama administration, spoke on CNN on Saturday night, saying that Chauvin’s knee on Floyd’s throat was like he was a hunted animal. In fact, Chauvin seemed to be exuding bravado in the video with his hand placed confidently in his pocket in the moments before Floyd became lifeless. Tragically, it reminded us of trophy photos we have seen of hunters and their dead prey.

Floyd’s death comes on the heels of what some members of the black community are calling a string of extrajudicial killings of African Americans by police.

Chelsea Peterson, a white protester in Portland, Oregon on Friday night, told CNN she wanted to “show my solidarity with my black brothers and sisters.” Peterson added: “It was important for me as a white person to actually show up because it is our responsibility to dismantle the systems of oppression that we have created.”

Two of those systems of oppression are the Wall Street mega banks and the Federal Reserve, which have institutionalized enforced inequality in the United States, particularly in minority communities.

Let’s start with Citigroup, one of the largest Wall Street banks and a serial predator. On July 20, 2001, Gail Kubiniec, a former assistant manager at a Citigroup affiliate, CitiFinancial, testified to the Federal Trade Commission (FTC) on the predatory lending habits of the firm. Kubiniec stated:

“Employees would receive quarterly incentives, called ‘Rocopoly Money,’ based on how many present borrowers they ‘renewed’ (refinanced) into new loans…Typically, employees would only state the total monthly payment amount in selling a proposed loan. Additional information, such as the interest rate, and the financed points and fees, closing costs, and ‘add-ons’ like credit insurance, were only disclosed when demanded by the borrower…When quoting the monthly payment, I frequently quoted the payment with coverages already included, telling the consumer only that it was ‘fully protected.’ This was a common practice used by employees at CitiFinancial…The pressure to sell coverages came from CitiFinancial’s Regional and District Managers. Each branch had monthly credit insurance sales goals to meet…If these goals were not met, the District Manager would call and put pressure on the Branch Manager to get the branch up to par.”

Kubiniec testified that this is how Citigroup determined its prey: “I and other employees would often determine how much insurance could be sold to a borrower based on the borrower’s occupation, race, age, and education level. If someone appeared uneducated, inarticulate, was a minority, or was particularly old or young, I would try to include all the coverages CitiFinancial offered. The more gullible the consumer appeared, the more coverages I would try to include in the loan…”

The black community is particularly unattuned to the ways of Wall Street because Wall Street, for the past four decades, has systematically refused to hire and train black people as financial advisors. In 2008 we wrote the following:

“Wall Street, known variously as a barren wasteland for diversity or the last plantation in America, has defied courts and the Equal Employment Opportunity Commission (EEOC) for decades in its failure to hire blacks as stockbrokers. Now it’s marshalling its money machine to elect a black man to the highest office in the land. Why isn’t the press curious about this?

“Walk into any of the largest Wall Street brokerage firms today and you’ll see a self-portrait of upper management’s racism and sexism: women sitting at secretarial desks outside fancy offices occupied by predominantly white males. According to the EEOC, as well as the recent racial discrimination class actions filed against UBS and Merrill Lynch, blacks make up between 1 per cent to 3.5 per cent of stockbrokers – this after 30 years of litigation, settlements and empty promises to do better by the largest Wall Street firms.”

Having a black man in the Oval Office and a black man in the U.S. Attorney General’s office (Eric Holder) when Obama was President helped to mollify the outrage and anger as black communities across America saw their wealth evaporate in the financial crisis of 2007 to 2010 – an era of corruption on Wall Street that has had no precedent since the late 1920s.

Instead of putting the serial predators at Citigroup in jail and letting the bank fail when it became insolvent in 2008, the Federal Reserve secretly made $2.5 trillion cumulatively in revolving loans to Citigroup, at below-market interest rates (some at less than ½ of one percent interest) for two and one-half years. And despite the Justice Department receiving multiple referrals for potential criminal prosecutions of Citigroup executives from the Financial Crisis Inquiry Commission, Obama’s Justice Department did not prosecute one Citi executive for their crimes before and during the financial crisis. And that was despite having a clear road map of corruption provided by internal whistleblowers, Richard Bowen and Sherry Hunt.

While Citi was getting this $2.5 trillion in super cheap loans from the Fed, it continued to charge high double-digit interest rates to struggling consumers on their credit cards and foreclosed on the homes of thousands of minorities who had been thrown out of work because of Citigroup and other Wall Street banks’ corruption. To keep its foreclosures out of the press, Citigroup used an alias.

Proving that the Trump administration is not an aberration in Swamp Building, the Obama administration allowed a Citigroup executive to hand pick key staff and cabinet positions, according to leaked emails. Citigroup was receiving the largest bank bailout in U.S. history at the time. No one involved in those emails has denied their veracity. See here and here.

In addition to the $2.5 trillion in revolving loans that Citigroup received secretly from the Fed (the loans were revealed in 2011 by a government audit), Citigroup also received $45 billion directly from the taxpayer under the Troubled Asset Relief Program (TARP). How does that compare to TARP money that went to help distressed homeowners that were jobless because Wall Street had collapsed the economy?

In 2017 the Government Accountability Office (GAO) released a study showing that the government had only disbursed $22.6 billion to help distressed homeowners. That compares to $16.1 trillion in revolving loans that a GAO audit revealed that the Fed had funneled to Wall Street banks and their foreign counterparts from December 2007 through July 21, 2010. (See page 131 of the GAO audit.)

In April 2017, when Senator Elizabeth Warren delivered an analysis of how Wall Street banks had conspired against wealth building by blacks, she was censored by major business media, including the Wall Street Journal, Bloomberg News, the New York Times, Reuters, the Financial Times and CNBC.

Warren’s analysis came at a symposium hosted by Howard University, a predominantly black university. Warren told her audience that communities of color had been specifically targeted for wealth stripping by Wall Street through devious means in the leadup to the financial crash of 2008. She said this was preceded by a U.S. government conspiracy against them from 1934 to 1968.

Warren, who sits on the Senate Banking committee and is the most knowledgeable member of Congress when it comes to Wall Street, revealed that within two years of the onset of the financial crash of 2008, 8.8 million American workers had lost their jobs and within three years more than 4 million homes had been lost to foreclosure. “The financial crisis wiped out as much as $14 trillion in household wealth,” Warren told the crowd. But the losses were not evenly distributed. Warren explained:

“Before the crisis, big financial institutions specifically targeted communities of color with mortgages that were full of tricks and traps, stripping wealth from families and their communities. And when the financial crisis came, those same communities of color got hit a second time with some neighborhoods nearly destroyed by the concentration of foreclosures.”

As for the federal government’s conspiracy from 1934 to 1968, Warren explained:

“There is a long and shameful history in this country of discrimination against African Americans when they try to buy homes. From 1934 to 1968, the Federal Housing Administration led the charge. In a largely segregated America, FHA actively discriminated against black families by refusing to insure mortgages for qualified borrowers in communities of color, while helping white families finance their plans to achieve the American dream.

“Its policy wasn’t a secret. It wasn’t the product of a handful of racist government officials. Nope. It was the official policy of the United States government until 1968. That’s in my lifetime. And because the Federal government had set the standard, private lenders enthusiastically followed Washington’s lead.”

Warren also cited a study in the Boston Globe which found that “the median net worth of white families in Boston is $247,000” while the median net worth for a black family “is $8.00.” That’s not a typo. Warren said “That’s something that all Americans, regardless of race, should be ashamed of.”

What is the Fed doing today to level the playing field? Absolutely nothing. In fact, it’s doubling down on its 2008 bailout policies to broaden the wealth disparities in America. The Fed is making repo loans (repurchase agreement) to the trading houses of Wall Street at 1/10th of one percent. It is making its Primary Dealer Credit Facility loans to the same trading houses at ¼ of one percent. Some of those trading houses are owned by the biggest Wall Street banks that are still charging an average of 16.01 percent on their credit cards to struggling Americans.

One of the protesters in Los Angeles on Friday night carried a handmade sign that read: “White Silence Is Compliance.” To that we would add that silence by mainstream media on what the Fed and Wall Street banks are doing today must become part of the national conversation.