Citibank, Which Foreclosed on Homes Under an Alias, Illegally Held Homes Off the Market for More than Five Years Says Regulator 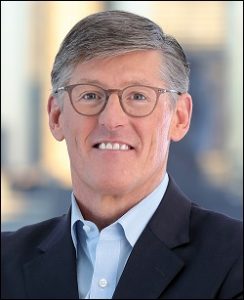 On October 11 of last year, in a bland press release that drew little mainstream media attention, the Federal regulator of national banks, the Office of the Comptroller of the Currency, announced that Citibank had agreed to pay a $30 million fine over charges that it held homes on which it had foreclosed off the market for more than the statutory holding period of five years. Citibank is the federally-insured, deposit-taking bank that is part of the serially-miscreant Wall Street mega bank, Citigroup.

The action comes at a time when rents are rising dramatically across the U.S. as a result of a shortage of affordable homes to purchase.

What is extremely troublesome about the OCC’s action, and which continues a trend among federal bank regulators in the Trump administration, is just how little the regulators are willing to share with the American people in terms of facts about the continuing illegal conduct of these mega Wall Street banks. That obfuscation comes simultaneously with the Trump administration’s efforts to further deregulate these serially-charged behemoths.

The OCC Consent Order in this case says only that it involved “over 200 violations alone between April 4, 2017 and August 14, 2019.” But Citigroup/Citibank foreclosed on thousands of homes during and after the financial crash in 2008, often using an alias of Liquidation Properties, Inc., which it hid its connections to. The OCC Consent Order suggests that the bank only held hundreds of homes illegally off the market. But if the OCC had gone back further in time, would the number be in the thousands? And just how long were the homes kept off the market after Citibank foreclosed? Was it six years or ten years or 15 years? The OCC is silent on these critical points.

We broke the story in 2009 about how Citigroup/Citibank was conducting its foreclosures during the financial crisis under the alias of Liquidation Properties, Inc. (LPI). While LPI had made filings in U.S. District Courts and with Secretaries of State attesting that it was not a “party, a parent, a subsidiary or other affiliate of a publicly owned corporation,” Citigroup’s December 31, 2008 filing with the Securities and Exchange Commission listed Liquidation Properties Inc. as a subsidiary. Citigroup, then and now, traded on the New York Stock Exchange under the symbol “C,” and was most assuredly a publicly owned corporation. In addition, LPI’s officers were employees of Citigroup with the same street address as its investment bank.

What was the purpose of the subterfuge? It might have had something to do with the fact that Citigroup in 2008 was in the midst of receiving the largest taxpayer bailout in U.S. history. Taking all of that loot from the taxpayers while simultaneously foreclosing on their homes doesn’t make for good branding.

In 2011, the unfathomable sums Citigroup received to resuscitate its insolvent hulk were finally revealed as a result of a media court case and legislation. The bank received a U.S. government guarantee on over $300 billion of its assets; a $45 billion taxpayer infusion; the Federal Deposit Insurance Corporation guaranteed $5.75 billion of Citigroup’s senior unsecured debt and $26 billion of its commercial paper and interbank deposits; and a secret $2.5 trillion in revolving loans was funneled to Citigroup by the Federal Reserve Bank of New York from December 2007 to July 21, 2010 according to an audit by the nonpartisan Congressional watchdog, the Government Accountability Office.

Adding to the public outrage, the long-tenured Chairman and CEO of Citigroup, Sandy Weill, had stepped down just a few years before the bank crashed, retiring with a net worth of over $1 billion as a result of his obscene stock compensation scheme at the bank. Just one day after stepping down as CEO, Citigroup’s Board of Directors allowed Weill to sell 5.6 million shares of his stock, not in the public market but to the corporation, for $264 million.

And exactly what benefit have U.S. taxpayers received from the resuscitation of Citigroup? You decide, based on this sampling of its rap sheet:

2001: Citigroup settled for $215 million with the Federal Trade Commission over predatory lending at one of its divisions.

2003: Citigroup pays $400 million to settle charges with U.S. regulators over issuing fraudulent research reports to the public on stocks it was pushing.

2004: Citigroup paid $2.65 billion to WorldCom stock and bond holders over its role in the demise of the company. In the same year, Citigroup’s private bank was kicked out of Japan for money laundering.

2005: Citigroup was fined $26 million by Europe’s Financial Services Authority for conducting a trade it called internally “Dr. Evil.” The trade roiled the European bond market. In the same year, Citigroup settled with the U.S. Securities and Exchange Commission for $101 million for helping Enron inflate cash flows and under report its debt. Also in 2005, Citigroup settled with private litigants for $2 billion over its role in the bankruptcy of Enron.

2008: The SEC forces Citigroup and UBS to buy back $30 billion in auction rate securities that were improperly sold to investors through misleading information.

2010: SEC settles with Citigroup for $75 million over its misleading statements to investors that it had reduced its exposure to subprime mortgages to $13 billion when in fact the exposure was over $50 billion.

2011: SEC settles with Citigroup for $285 million over claims it misled investors in a $1 billion financial product.  Citigroup had selected approximately half the assets and was betting they would decline in value.

July 14, 2014: The U.S. Department of Justice announces a $7 billion settlement with Citigroup for selling toxic mortgages to investors.

2015: Citicorp, a unit of Citigroup, becomes an admitted felon by pleading guilty to a felony charge in the matter of rigging foreign currency trading, paying a fine of $925 million to the Justice Department and $342 million to the Federal Reserve for a total of $1.267 billion. The prior November it paid U.S. and U.K. regulators an additional $1.02 billion.

May 25, 2016: Citigroup agrees to pay $425 million to resolve claims brought by the Commodity Futures Trading Commission that it had rigged interest-rate benchmarks, including ISDAfix, from 2007 to 2012.

2017: Consumer Financial Protection Bureau (CFPB) settles with Citigroup’s Citibank over a litany of abuses against student loan borrowers. The CFPB ordered Citi to pay $3.75 million in restitution and to pay a $2.75 million fine. Also in 2017, the CFPB fined Citigroup’s mortgage unit $28.8 million for declining to tell home borrowers about options to avoid foreclosure and throwing up roadblocks for homeowners to apply for relief.

2018: Citigroup agreed to pay $100 million to the New York State Attorney General’s office and 41 other states for its role in rigging the interest rate benchmark known as Libor. Also in 2018, Citigroup paid a fine of $10.5 million to the SEC for making “fraudulently induced loans” in Mexico and in a separate action, for its traders engaging in unauthorized trading and hiding $81 million in losses.

2019: Citigroup was one of five banks charged by the European Union with rigging foreign exchange trading. It paid the heaviest fine of €310.8 million. Also in 2019, Citigroup settled charges with the OCC for $30 million that it held foreclosed homes off the market for an impermissible period of longer than five years.