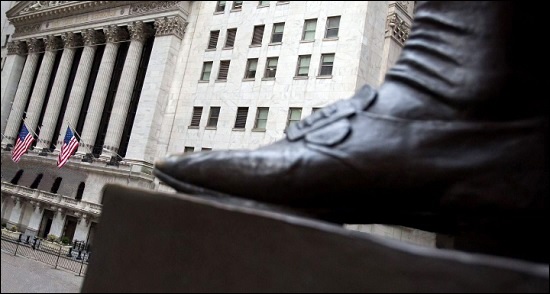 But the explosion in the Fed’s balance sheet cannot be attributed solely to the economic downturn caused by the COVID-19 pandemic. The math and the timeline simply do not support that argument. According to the timeline at the World Health Organization, on December 31, 2019, China first reported a cluster of cases of pneumonia which were identified in early January to be the coronavirus now known as COVID-19. These were the first known cases anywhere in the world.

But on December 31, 2019, the Federal Reserve was already deep into a debt crisis in the United States. We know that from the minutes of the Federal Reserve’s Open Market Committee. The Fed minutes for the meetings on December 10-11, 2019 state that the Fed’s emergency repo loans (that it had started making on September 17, 2019 for the first time since the financial crisis of 2008) had  “totaled roughly $215 billion per day” as of the date of that meeting.

Using the Fed’s own Excel spread sheet data for its emergency repo loans, Wall Street On Parade reported on January 27 that the Fed had made $6.6 trillion cumulatively in emergency revolving repo loans to Wall Street since September 17. The first death in the U.S. from COVID-19 did not come until February 28 and was reported by CNN one day later.

Repo loans (repurchase agreements) are typically routine overnight loans between banks, mutual funds and other financial institutions. The institution borrowing the money provides high quality bonds (typically Treasury securities) as collateral and signs an agreement to buy back the securities at a specified price. The difference in the price is effectively the interest charged on the loan.

The Fed started out on September 17 offering overnight loans of $75 billion daily. Three days later, on September 20, it added 14-day term loans. On October 23 the Fed announced that its daily repo loans would be increased from $75 billion to $120 billion while its term loans would continue. On December 12, the Fed announced that it would supplement its repo loans by adding a 32-day loan of $50 billion to its ongoing, twice per week term loans of 14-days and it would increase its overnight loans from $120 billion to $150 billion on December 31, 2019 and January 2, 2020. The Fed said it would also add an extra $75 billion overnight loan, thus bringing an extra $185 billion of liquidity over the turn of the year on top of its ongoing repo loans.

The Fed has subsequently added an alphabet soup listing of Wall Street bailout programs, many of which have been resurrected from the days of the 2008 crisis.

Today, the Fed’s balance sheet shows that its repo loan program is still ongoing with a $181 billion balance outstanding. Emergency lending from the Fed’s Discount Window stands at $18 billion. Emergency loans to the trading houses on Wall Street under its Primary Dealer Credit Facility (PDCF) stands at $6 billion. Buying up undesirable debt from money markets under the Money Market Mutual Fund Liquidity Facility (MMMFLF) shows a balance of $33 billion. Scooping up unwanted commercial paper under the Fed’s Commercial Paper Funding Facility (CPFF) stands at $12.79 billion. Making outright purchases of investment grade and junk-rated corporate bonds under its Corporate Credit Facilities (which is targeted to expand to $750 billion by September 30) was just launched three weeks ago and currently stands at $34.85 billion.

All of the above programs, which provide assistance to the Wall Street banks and their trading units, total $267.64 billion currently outstanding. But the assistance is far greater than that. The repo loans are currently being made at an interest rate of 0.10 percent – a tiny fraction of what Wall Street’s trading houses would pay for these loans in the open market. If the trading houses simply loaned that money out as margin loans to hedge funds and day traders, they could make astronomical profits. The Fed is making its Discount Window loans and Primary Dealer Credit Facility loans at 0.25 percent – again, a preposterously low rate with no relationship to where these trading firms could borrow in the open market.

Think of it in these terms: imagine if every American who is paying interest of 9 percent or higher on their credit cards to these same Wall Street banks (e.g. Chase, Citibank, Bank of America, etc.) were offered money from the Fed to pay off these credit cards at an interest rate of 0.10 or 0.25 percent. Americans could get their financial houses in order rather easily. But no such deal is being offered to struggling Americans – 40 million of whom are now unemployed.

In addition to the overt Wall Street bailout programs listed above, the Fed has more programs that are more subtle in how they bail out Wall Street. The Fed is buying staggering amounts of U.S. Treasury securities and Mortgage-Backed Securities each month. Those combined balances of securities currently stand at an astonishing $5.9 trillion on the Fed’s balance sheet. Before the onset of the crisis in 2008, securities held by the Fed as of December 26, 2007 stood at $755 billion and consisted solely of U.S. Treasuries. By scooping up all of this debt from Wall Street over the past 13 years, the Fed has artificially rigged interest rates lower for a decade while allowing Wall Street to underwrite trillions of dollars in additional corporate debt that should not have been issued because the markets were going to puke it back up (to use Wall Street jargon) at the onset of the next economic downturn. That puke is what you’re now seeing on the Fed’s balance sheet. The Fed has become both the lender and buyer of last resort.

The Fed also has a new program called the Paycheck Protection Program Liquidity Facility (PPPLF). The Fed is not providing money directly to small businesses as is being done under the Small Business Administration’s PPP program. The Fed is reimbursing banks for the money they have already loaned under the PPP program in order to provide liquidity to the banks. That program currently has $49 billion outstanding on the Fed’s balance sheet.

Then there are the Central Bank Liquidity Swaps that stand at $449 billion on the Fed’s balance sheet. The Fed provides dollars to foreign central banks and takes their foreign currency in exchange. This allows foreign central banks to have adequate liquidity to buy U.S. dollar-denominated assets and help prop up markets. There could well be other uses for the dollar swap lines. According to the Government Accountability Office audit of the Fed that was conducted after the 2008 financial crisis, this is one additional use that was made of the swap lines:

“In October 2008, according to Federal Reserve Board staff, the Federal Reserve Board allowed the Swiss National Bank [the central bank of Switzerland] to use dollars under its swap line agreement to provide special assistance to UBS, a large Swiss banking organization. Specifically, on October 16, 2008, the Swiss National Bank announced that it would use dollars obtained through its swap line with FRBNY [Federal Reserve Bank of New York] to help fund an SPV [Special Purpose Vehicle] it would create to purchase up to $60 billion of illiquid assets from UBS.”

UBS is a major investment bank and trading house and a major player on Wall Street. It purchased the large U.S. retail brokerage firm, PaineWebber, in 2000. The UBS Dark Pool, the equivalent of a thinly regulated stock exchange operating internally within UBS, has been one of the largest traders in Wall Street bank stocks.

The Chairman of the Federal Reserve, Jerome Powell, promised months ago to report to the American people on what caused the need for the Fed’s intervention in the repo loan market on September 17 and what necessitated it to remain as the lender of last resort in that market for all these past months. The Fed has failed to release any such report.

The Vice Chairman of the Federal Reserve, Randal Quarles, has repeatedly promised to reveal the names of the Wall Street borrowers and the amounts they have borrowed under the Fed’s growing list of emergency loan facilities. The Fed has now filed three monthly reports to Congress on those facilities and there is not one name of a borrower or the individual amounts borrowed. All the public has been given are lump tallies – which paint a dystopian picture of the state of the debt markets in the United States but tell us nothing about which publicly traded banks are in trouble.