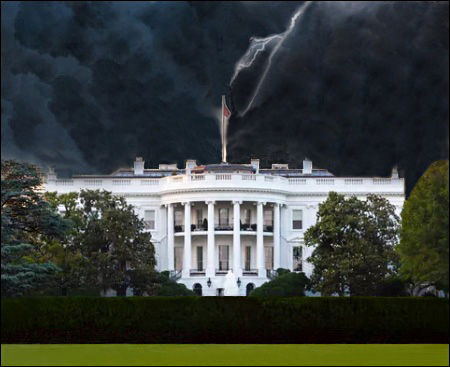 The words of the President of the United States over the past three days suggest that he is determined to be a wartime president and that he has found the enemy: it’s the American people.

As racial justice protests raged in cities across the United States on May 30 over the murder of George Floyd in broad daylight at the hands of four policemen in Minneapolis, President Donald Trump tweeted that if the protesters had breached the fence at the White House, “they would have been greeted with the most vicious dogs, and most ominous weapons, I have ever seen.” (Considering that the President avoided military service on the basis of bone spurs, he probably hasn’t actually seen too many ominous weapons.)

During the call with Governors, Trump put the Secretary of the Department of Defense, Mark Esper, on the phone. Esper’s message to the Governors was this: “We need to dominate the battle space.” To have a battle waged by the Department of Defense you need an enemy. If the “battle space” is American cities and the people on the other side of the military are American citizens, then it seems reasonable to say that the President and the Pentagon are preparing to go to war against Americans.

On the call with Governors, Trump invoked the Occupy Wall Street movement. The President said this:

This is the mind of the President of the free world. Protesters attempting to realign their corrupted democracy while braving snow and ice living in tents on the sidewalks of lower Manhattan (following the greatest bank looting in U.S. history by Wall Street executives) have committed the ultimate crime of getting free pizza delivery.

As most Americans now realize, the President regularly relies on “alternative facts” to make his arguments. Wall Street On Parade covered the Occupy Wall Street protests. Wall Street was not “closed up” and there was no “total domination” of Wall Street. The stock exchange traded every single business day. Wall Street banks went merrily about their business of ripping off two-thirds of average folks 401(k) plans. Local residents came and went on the sidewalks, often delivering home-made meals to the protesters.

The protesters were not “there forever.” The occupation of Zuccotti Park by Occupy Wall Street lasted from September 17, 2011 to November 15, 2011. Two months of peaceful protest. The brutal military-style raid and destruction of the protesters’ camp left a lasting stain on the reputation of New York City and Mayor Michael Bloomberg.

Americans learned a great deal about the interconnections of New York City police and the Federal government as a result of Occupy Wall Street (OWS), whose slogan was “We are the 99 percent.”

The Department of Homeland Security funded a high-tech, joint spy center in the heart of Wall Street where the New York Federal Reserve, Goldman Sachs, JPMorgan Chase and other Wall Street mega banks had their own staff working alongside NYPD officers to spy on the activities of Occupy Wall Street protesters as well as law abiding citizens on the streets.

The public learned through Freedom of Information Act (FOIA) requests filed by the Partnership for Civil Justice Fund (PCJF) that the Department of Homeland Security fretted over the social media savvy of the protesters and evaluated daily the media coverage being given to the movement.

In one October 2011 memo, a federal official wrote:

As for the President’s alternative fact that no one ever heard of Occupy Wall Street after the Bloomberg administration “wiped them out,” that’s equally preposterous. Just two days after the raid on Zuccotti Park, 30,000 Occupy Wall Street protesters demonstrated in lower Manhattan. Occupy Wall Street returned on multiple occasions to protest for years afterwards and people around the country and world formed their own Occupy Wall Street groups. The movement’s message that “the banks got bailed out, we got sold out,” sparked a national debate on this crony brand of capitalism that continues to this day.

In 2012 the Financial Times began a series by John Plender on “rethinking capitalism.” Plender wrote in one article:

“Greedy bankers, overpaid executives, anemic growth, stubbornly high unemployment – these are just a few of the things that have lately driven protesters on to the streets and caused the wider public in the developed world to become disgruntled about capitalism. The system, in all its different varieties, is widely perceived to be failing to deliver.”

In 2014, billionaire Nick Hanauer wrote this to his fellow “plutocrats” at Politico:

Last evening, at 6:43 p.m., the President appeared in the Rose Garden to read a brief statement. He said he was “dispatching thousands and thousands of heavily armed soldiers, military personnel, and law enforcement officers” in Washington D.C. The President added that “If a city or a state refuses to take the actions that are necessary to defend the life and property of their residents, then I will deploy the United States military and quickly solve the problem for them.”

Clearly, it’s the potential of pitchforks coming for the billionaires that the President is really worried about.