Why Is JPMorgan Chase Always in the Middle of Scandalous News? Fake Gold Anyone? 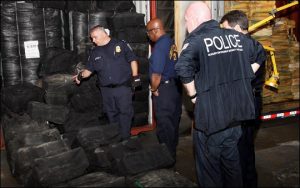 If your bank is under a criminal probe for potentially rigging gold and silver markets, it doesn’t help your case to have $50 million in fake gold bars sitting in your vaults. Nonetheless, this is what Reuters reported last week:

“In the last three years, bars worth at least $50 million stamped with Swiss refinery logos, but not actually produced by those facilities, have been identified by all four of Switzerland’s leading gold refiners and found in the vaults of JPMorgan Chase & Co., one of the major banks at the heart of the market in bullion, said senior executives at gold refineries, banks and other industry sources.”

Last month there was another bizarre story making the wires about JPMorgan Chase owning a ship that was raided and found to contain 20 tons of cocaine. (See With Three Felony Counts Already, Did JPMorgan Chase Really Need to Own a Ship Containing 20 Tons of Cocaine?)

Then there was that rash of deaths among its technology workers with another bizarre one occurring in March of this year; its nesting doll frauds involving Bernie Madoff; its gambles in wild derivatives in London using deposits from its Federally insured bank; the book about its likeness to the Gambino crime family by two trial lawyers, and on and on.

Some folks might be inclined to think at this point that if it walks like a duck and quacks like a duck, there’s a very good chance it’s not a swan.