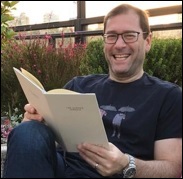 When you are the largest bank in the United States and you’ve been compared to the Gambino crime family in a book by two trial lawyers; when you’ve pleaded guilty to three criminal felony counts brought by the United States Justice Department in the past five years; when you’ve paid over $30 billion in fines over charges of crimes against the public and investors since 2008; and when you’ve had an unprecedented string of employees leaping to their death from buildings, dropping dead at home or on the street, and two alleged murder-suicides by employees — all in just the past five years – one might think that law enforcement might show some interest – especially since this employer – JPMorgan Chase – holds tens of billions of dollars of Bank-Owned Life Insurance (BOLI) on its workers. (This death benefit, by the way, pays tax-free to the corporation, not the employee’s family.)

But when it comes to JPMorgan Chase and law enforcement, there does not seem to be a morsel of curiosity over the continuing sudden deaths of its computer technology workers – no matter how high up the corporate ladder they rank or how many floors they are alleged to fall to their death.

Take the case of Douglas (Doug) Arthur Carucci, age 53, who died on Saturday, March 9 under what Sarah Butcher at eFinancial Careers calls “tragic” and unexpected circumstances. Carucci is believed to have been a resident of Manhattan with his wife, Cindy.

We called the New York City Police Department and were told they had no information in their database about the death of a Douglas Carucci in March 2019. We next emailed the New York City Medical Examiner’s office – which is mandated under law to investigate all deaths from accidents or sudden deaths. Aja Worthy-Davis, the Executive Director for Public Affairs of the Medical Examiner’s Office responded as follows:

“There is no OCME record of this individual (under the name shared). Please keep in mind that the OCME does not investigate (or keep records of) all deaths within the City of New York. The OCME is specifically responsible for investigating only NYC-based deaths occurring from criminal violence, by accident, by suicide, or in any unusual or suspicious manner.”

JPMorgan Chase’s media relations department refused to comment on where Carucci died or the circumstances surrounding his death. A spokesperson provided this statement: “Doug has been a part of CIB Technology since 2011 and has been a friend and mentor to many colleagues across the firm, and a greatly respected leader. He possessed a very rare combination of markets, analytics and technology knowledge, business acumen, and people leadership skills. Our hearts and thoughts are with his family.”

Based on internet postings, Carucci’s funeral was to be held at the Riverside Memorial Chapel in New York City on Friday, March 15. We confirmed by a telephone call to the Chapel that the funeral occurred. Mainstream business media, such as Reuters, Bloomberg News, the Wall Street Journal, Financial Times, etc. have yet to report on Carucci’s death, potentially because there has been a news blackout from official sources.

Friends close to Carucci are refusing to share what they know about his death, suggesting the details would be distressful to the family. However, someone apparently attempted to provide a benign reason for the death initially. eFinancial Careers initially reported that Carucci had died of a skiing accident; then retracted that statement.

According to Carucci’s LinkedIn profile, he was a Managing Director at the bank and employed there since June 2011. He shows the titles of Global Head of Currencies, Emerging Markets, and Commodities Technology and Global Head of FICC Electronic Trading Technology. According to the obituary posted by the family, Carucci was recently promoted to Global Head of Macro Technology.

A 2015 bio that Carucci provided for a talk he was giving at the Indian Institute of Technology in Bombay, India, described his career as follows:

“Head of CEM Electronic Trading Technology at JP Morgan Chase, covering FX [foreign exchange], Commodities, and Emerging Markets. Mr. Carucci is responsible for a global team of engineers developing low latency trading technology. He began his career on Wall Street developing options trading systems while in high school and in the AMEX options pits while attending college. He spent 10 years building proprietary trading systems for FX and Interest Rates derivatives on Wall Street. Mr. Carucci served as Managing Director and Partner at Citadel Investment Group in Chicago for 10 years where he led the architecture and development of analytics and risk management systems across all business lines. He launched Citadel’s European Options Market Making and High Frequency trading business in London. He joined Sun Trading LLC in 2009 as head of Volatility Trading and lead the firm’s Quantitative Research group. Mr. Carucci received his degree in Finance from Baruch, City University of New York.”

While there has been nearly a complete news blackout on Carucci’s death, he shared common links to two other high profile deaths of JPMorgan Chase computer executives which were widely covered by global media outlets. Carucci knew a great deal about JPMorgan Chase’s technology infrastructure – putting him in a rarefied category at the bank – and he had previously worked in London. Both of those traits were also present in Julian Knott and Gabriel McGee – men whom it is likely that Carucci knew and/or interacted with prior to their own “tragic” deaths.

Julian Knott and his wife, Alita, were 45 and 47, respectively. They lived in Jefferson Township, New Jersey. Their bodies were discovered by police on July 6, 2014 at approximately 1:12 a.m. According to a press release issued by the Morris County Prosecutor’s office, Jefferson Township Police Officers Tim Hecht and Dave Wroblewski responded to the Knott home located in the Lake Hopatcong section following a “report of two unconscious adults.” The couple had a teenage daughter and two teenage sons. It could not be ascertained if the teenagers were home at the time of the violence. After a preliminary investigation, the police announced on July 8 that they believe Julian Knott shot his wife repeatedly and then took his own life with the same gun.

Friends and colleagues reported that Julian Knott was a kind and thoughtful individual. Relatives and friends in the U.K. disputed the idea that Julian Knott could have committed such an act, leaving his children orphaned and with the memory of their father as a monster.

According to Knott’s LinkedIn profile, he had worked on JPMorgan computer networks in London since 2001, initially on behalf of Computer Science Corporation and, later, IBM. In January 2006, Knott formally joined JPMorgan Chase in London and worked there until July 2010. At that time, Knott transferred to JPMorgan’s sprawling campus in Columbus, Ohio and eventually rose to the rank of Technical Director of the Global Tier 3 Network Operations. Knott relocated again in September 2012 to work at the high tech Global Network Operations Center of JPMorgan in Whippany, New Jersey. He received a promotion in January 2014 to Executive Director.

Knott’s years at JPMorgan in London overlapped with those of Gabriel Magee, a JPMorgan Vice President who also worked in computer infrastructure. Magee, aged 39, is alleged to have leaped from the rooftop of the 33-story JPMorgan London headquarters at 25 Bank Street on the evening of January 27, 2014 or the morning of January 28, 2014. Despite initial London newspaper reports that the jump was observed by “thousands of commuters” and JPMorgan colleagues, the coroner’s inquest on May 20, 2014 revealed that not one eyewitness actually saw Magee leap from the building. In fact, as Iain Dey, Deputy Business Editor of the Sunday Times in London, reported: “Gabriel Magee’s body lay for several hours before it was found at 8am last Tuesday.” The body was found on a 9th floor rooftop that jutted out from the 33-story building and was not observable from the street.

The JPMorgan building at 25 Bank Street is located in the borough of Tower Hamlets. According to drawings and plans submitted by JPMorgan to the borough after it purchased the building for £495 million in 2010, the 9th floor roof is accessible “via the stair from level 8 within the existing Level 9 plant enclosure….”

According to Magee’s LinkedIn profile, he was engaged in “Technical architecture oversight for planning, development, and operation of systems for fixed income securities and interest rate derivatives.” A former colleague told Wall Street On Parade that Magee “focused extensively on Java and Sybase databases. He also did C++ and many other UNIX related languages.”

According to sources close to Magee, he was in a loving relationship with a beautiful young attorney, Veronica Strande. They were happily living together. Ms. Strande testified at the inquest that “there was no problem.” Sources close to both of them say that Magee had brought Strande to the U.S. to meet his parents and was very happy in the relationship.

Nonetheless, based on evidence produced by JPMorgan at the inquest, the coroner ruled that Magee’s death was a suicide.

Another high-ranking technology death at JPMorgan Chase occurred on May 7, 2014 when Thomas James Schenkman, age 42, died suddenly in Connecticut. Schenkman held the high rank of Managing Director of Global Infrastructure Engineering for JPMorgan Chase. He had begun his technology career with Microsoft, where he worked for 11 years. Schenkman then moved on to Goldman Sachs in 2000 and worked there for six years. In 2006, Schenkman moved to Bear Stearns and was there at the time of its collapse in March 2008. Schenkman had been with JPMorgan from that point on.

According to the Office of the Chief Medical Examiner in Connecticut, which only gets involved in an investigation if the death is “sudden, unexpected, or violent,” the initial cause of Schenkman’s death was listed as “pending.” It was eventually updated to read: “atherosclerotic coronary artery disease.”

This Chief Medical Examiner’s office is the same one that investigated the death of JPMorgan Executive Director, Ryan Crane, age 37, who died suddenly at his home in Stamford, Connecticut on February 3, 2014. The Medical Examiner did not release the cause of death for approximately three months, finally assigning it to ethanol toxicity/accident. Crane was not directly engaged in computer technology at JPMorgan Chase but his work in algorithmic trading may have led him to interact with various technology teams at the bank.

This is just a sampling of the sudden deaths at JPMorgan Chase. (See Related Articles below.) It’s time for the public to learn what happened to Doug Carucci and where it happened, for mainstream media to do its job and report on these deaths, and for the FBI to open an investigation. JPMorgan’s peer Wall Street banks have not experienced anything near this level of sudden deaths.