With Three Felony Counts Already, Did JPMorgan Chase Really Need to Own a Ship Containing 20 Tons of Cocaine? 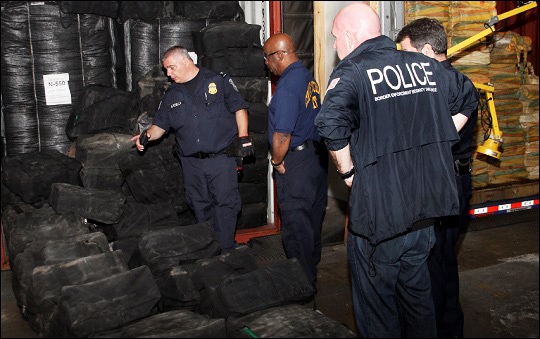 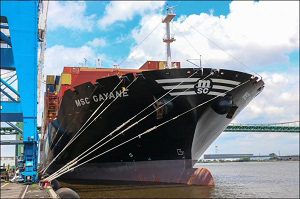 MSC Gayane, a Container Ship Owned by JPMorgan Chase Has Been Seized

Jamie Dimon, Chairman and CEO of the Wall Street mega bank, JPMorgan Chase, has weathered one scandal after another during his tenure, including the bank pleading guilty to an unprecedented three criminal felony counts in the past five years.

Now the bank is back in the news for owning a massive container ship which was seized last week in the Philadelphia seaport by U.S. Customs and Border Protection following the discovery of 20 tons of cocaine located in containers on the ship on June 17. The cocaine is estimated to have a street value of $1.3 billion.

The container vessel is the MSC Gayane and was being operated by the global shipping firm, Mediterranean Shipping Company (MSC). The vessel is the largest ever to be seized in the 230-year history of U.S. Customs and Border Protection, according to the CBP’s publicly issued statement.

United States Attorney William McSwain released this statement about the seizure of the ship, which occurred after the United States District Court for the Eastern District of Pennsylvania issued a seizure warrant:

“A seizure of a vessel this massive is complicated and unprecedented – but it is appropriate because the circumstances here are also unprecedented. We found nearly 20 tons of cocaine hidden on this ship. When a vessel brings such an outrageous amount of deadly drugs into Philadelphia waters, my Office and our agency partners will pursue the most severe consequences possible against all involved parties in order to protect our district – and our country.”

The ship is believed to be worth about $90 million and as losses go at JPMorgan Chase, that’s a drop in the bucket. The bank infamously lost more than $6.2 billion in 2012-2013 using deposits from its Federally-insured bank to gamble in high risk derivatives in London and paid out $1 billion to settle charges in the matter. The bank paid $13 billion in 2013 to settle charges with regulators that it had misled investors in the sale of toxic mortgages. Then there were the felony counts to which it pleaded guilty: the bank pleaded guilty to two felony counts in January 2014 for its role in facilitating the Bernie Madoff Ponzi scheme through the Madoff business bank account in the U.S., while telling regulators in the U.K. that the bank suspected a Ponzi scheme was occurring. The bank paid $2.6 billion to settle that matter. On May 20, 2015, JPMorgan Chase pleaded guilty to another criminal felony count for the bank’s role in rigging foreign exchange markets and plunked down $550 million to settle that charge. The list goes on and on and on.

Why is a complex bank like this, that clearly doesn’t have adequate risk controls to stay on the right side of the law, being allowed to own a container ship that ended up with $1.3 billion in cocaine in its hull (resulting in about the same dollar amount of damage to JPMorgan’s already sullied reputation)? According to an article in Institutional Investor in June 2017, this one vessel is just a drop in the ocean when it comes to JPMorgan’s shipping assets. The publication states that “J.P. Morgan Global Alternatives has $1.26 billion in institutional client capital dedicated to shipping strategies, and says it ranks in the top 5 percent of ship owners globally.”

JPMorgan Chase owns a federally-insured, taxpayer-backstopped bank with more than 5,000 retail branches with mom and pop customers across America. It holds $1.6 trillion in deposits. When it gets charged with criminal felonies or exposed for owning a vessel transporting 20 tons of cocaine, it puts taxpayer money at serious risk and raises safety and soundness issues.

There is something perversely insane about the largest bank in America being in “the top 5 percent of ship owners globally.” But JPMorgan Chase is not alone in its stealth ownership of  industrial assets.

The Federal Reserve Bank of New York issued a study in July 2012 titled “A Structural View of U.S. Bank Holding Companies.” The report revealed an astonishing level of encroachment by the mega banks on Wall Street into the industrial side of the U.S. economy.

The study showed that U.S. bank holding companies owned 16 utilities; 479 insurance companies; 2,388 real estate firms; 1,682 healthcare and social assistance companies; and 5 mines. The public also learned from Senate hearings in 2014 that Wall Street’s largest banks own at least 104 metal warehouses with complaints coming from beer and soda manufacturers that these firms control the London Metal Exchange and are rigging the price of aluminum.

On July 24, 2013 Senator Sherrod Brown asked the following at a Senate hearing about the banks’ outright ownership of industrial and commodity assets:

“Do the benefits of combining these activities outweigh the harm to consumers and manufacturers? Can regulators or the public fully understand these large, complex financial institutions and the risks to which these firms are exposing themselves – and the rest of society? Are the laws and regulations sufficiently stringent and transparent, and are regulators enforcing them aggressively enough? And what do we want our banks to do – make small business loans or refine and transport oil? Issue mortgages or corner the metals market?

“There has been little public awareness of, or debate about, the massive expansion of our largest financial institutions into new areas of the economy. That is, in part, because regulators have been less than transparent about basic facts…”

This 20 ton drug bust should galvanize Congress into reopening the aborted hearings of 2013 and 2014 into the more than 14,000 subsidiaries of the six largest banks in the U.S. that have absolutely nothing to do with banking.