Wall Street’s Trading Secrets: This U.S. Senator Wants to Keep You in the Dark 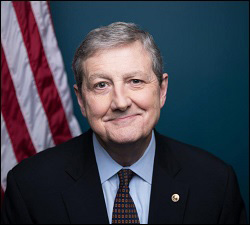 On July 29, those savvy market watchers at Themis Trading posted a report on their blog about how a Republican Senator from Louisiana (about 1400 miles from Wall Street) had taken a peculiar interest in the long-delayed system that would shine a bright light on who might be rigging stock trading on any particular day.

The system is called the Consolidated Audit Trail (CAT) and the Securities and Exchange Commission has been stalling its creation for the entire 85 years the SEC has existed and been charged with investor protection. The idea of the CAT is to spot illegal and manipulative trading and pinpoint exactly what firms and individuals are placing the trades by looking at real-time data.

A stock market without a CAT is nothing more than a thinly disguised wealth transfer system for the one percent and, apparently, Senator John Kennedy (R-Louisiana) wants to keep it that way.

Kennedy was the lead signatory of a letter dated July 24, 2019 to Jay Clayton, the Chairman of the SEC. Instead of raising legitimate concerns that Wall Street’s Dark Pools and/or high frequency traders at hedge funds owned by billionaires are rigging U.S. stock markets and ripping off Main Street investors every moment the stock market is open, Kennedy’s aim is to resurrect the McCarthy era and find an enticing foreign foe – the Chinese Communist Party. (You can’t make this stuff up.)

Kennedy, and the six other Republican Senators who signed the letter, don’t want trades to be linked to the individual making the trade because this information could be hacked by Communists. What is particularly laughable about this stalling maneuver is that if the Chinese Communist Party wanted to hack this personal information, it could do it through the checking accounts, credit card accounts, or brokerage accounts of these same Wall Street banks that are placing the retail trades.

What is highly more likely is that Wall Street firms or hedge funds are using fake retail accounts to rig the market and this would show up in the Consolidated Audit Trail if personal information is disclosed.

The Wall Street veterans writing at the Themis blog are just as skeptical as we are about Kennedy’s real agenda. They write:

“Chinese hackers? Really?  Is that the latest excuse for slowing down a project that was conceived as a result of the Flash Crash?  We’re not sure who is advising Sen. Kennedy (his OpenSecrets page doesn’t show any major financial donors) but we think his letter is ill-conceived and dangerous since it may further delay the CAT.”

There is simply no question that there is going to be a money trail when a Senator from Louisiana suddenly takes an interest in a complex Wall Street trade monitoring system of little to no interest to his average constituent. 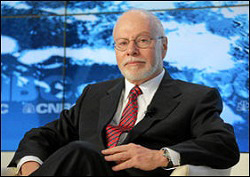 According to the Federal Election Commission, employees of Elliott Management Corporation (EMC), a hedge fund founded by Paul Singer, have made over $57,000 in contributions to Senator Kennedy, who was only elected to the Senate in 2016. (Prior to that, Kennedy was state Treasurer of Louisiana for five terms, where he had oversight of the state’s multi-billion-dollar investment portfolios — another link to Wall Street.)

Singer remains as President and Co-CEO of Elliott Management and wields enormous power over Republican Senators through his astronomical campaign finance spending.

SourceWatch reports that Singer “is consistently among the top individual contributors to federal political campaigns in the United States.”

Singer is also Chairman of the Board of the Manhattan Institute for Policy Research which has ties to the Koch Brothers, Big Tobacco and blocking action on climate change.

As we have previously stated, until Americans demand and receive campaign finance reform, we’re all just sitting ducks for the one percent on Wall Street and their puppets in Congress.