According to NBC News and confirmed by Reuters, Donald Trump has located a new lawyer that is willing to step into the Palm Beach, Florida court case involving the U.S. Justice Department’s raid at Trump’s beach resort/hotel/event-venue and private residence known simply as Mar-a-Lago. (For background, see our previous report: Mar-a-Lago: Thousands of People of Questionable Character Have Visited this Resort/Hotel in the 18 Months That Trump Stashed Top Secret Documents There.)

According to NBC News, the new lawyer, Chris Kise, worked for the law firm Foley & Lardner right up until NBC News reported that Kise had taken the job representing Trump. NBC News reports that the bio for Kise then suddenly disappeared from Foley & Lardner’s website. (We can go a step further than that: the law firm also scrubbed past articles it had published on its website that profiled Kise. See a Google cache of a 2008 article at Foley.com announcing Kise was returning to Foley & Lardner after serving in the administration of then Florida Governor Charlie Crist. Another Google cache from the Foley.com website in 2018 is an announcement that Kise would be serving as counselor to then Florida Governor-Elect Ron DeSantis’ transition team. DeSantis has his eyes on the White House in 2024 and is thoroughly enmeshed in the radical right agenda.)

As of today at 4:52 p.m., there was no notice on PACER in the Federal Court for the Southern District of Florida that Kise had added his name to represent Trump – in either the court case before Magistrate Judge Bruce Reinhart, the judge who approved the search warrant at Mar-a-Lago; or in the case before Judge Aileen Cannon, a Trump appointee, where Trump is attempting to get a Special Master appointed to review the documents seized to filter out any “privileged” documents.

While the name of Chris Kise did not show up on either court docket this afternoon, there were two new documents filed today in the case before Cannon. They were marked Docket Entry 39 and 40 and were filed under seal.

One reason that Foley & Lardner may have been so quick to take a magic eraser to any history of Kise at their law firm is that one of its other former lawyers, Cleta Mitchell, has scandalized the law firm in her dealings with Trump. Mitchell also has a long history of uncomfortable ties with radical right front groups; with Ginni Thomas, the wife of sitting Supreme Court Justice Clarence Thomas; and – wait for it – the Charles Koch network known as the “Kochtopus” that stuffed so many of its lawyers and operatives into key slots in the Trump administration.

On January 2, 2021, Donald Trump, who had lost the 2020 presidential election two months prior, called the Secretary of State of Georgia, Brad Raffensperger, and told him this: “I only need 11,000 votes. Fellas, I need 11,000 votes. Give me a break.” The Washington Post has posted excerpts from that Orwellian call. That phone call is now a central piece of evidence in another widening criminal investigation by Fani Willis, the District Attorney of Fulton County, Georgia. On that call was Foley & Lardner’s law partner, Cleta Mitchell, representing Trump as legal counsel. Mitchell was quickly thereafter relieved of a position at Foley & Lardner, despite her extensive tenure there. 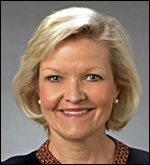 According to the January 6 House Select Committee, Cleta Mitchell is also the person who, two days before the presidential election in November 2020, authored an email asking the now disgraced lawyer, John Eastman, to write a memo justifying the idea of having states assign electoral votes to Trump, even though he had lost the popular vote in those states.

Emails have now turned up between Ginni Thomas and Trump’s former Chief of Staff, Mark Meadows. In one email, Thomas tells Meadows to listen to attorney Cleta Mitchell. Trump’s phone log for January 6, the day of the insurrection at the Capitol, shows that Cleta Mitchell was one of the people that Trump spoke with at 7 :53 p.m. that evening, after a day of death, destruction and mayhem at the seat of government of the United States.

Cleta Mitchell is also the attorney who filed an amicus brief in the Citizens United case before the Supreme Court that was decided on January 21, 2010. That case would be the tipping point to allow unlimited sums from corporations – like Koch Industries, a fossil fuels conglomerate and funder of climate change denier groups — in U.S. elections.

Just eight days after Justice Clarence Thomas voted in favor of the decision to open the floodgates to corporate money in campaigns, Cleta Mitchell made a move that suggested a quid pro quo with his wife, Ginni Thomas. Mitchell, then still a partner at Foley & Lardner, filed an application with the Internal Revenue Service to set up a nonprofit called Liberty Central, Inc. on behalf of Ginni Thomas. According to IRS tax filings, Liberty Central received a combined $1.478 million from dark money donors in 2009 and 2010.

Liberty Central had the fingerprints of Charles Koch all over it. Acting as General Counsel in 2010 for Liberty Central was a former lawyer for the Charles G. Koch Foundation, Sarah Field. A former Koch lobbyist, Matt Schlapp, served on the Board of Liberty Central at inception.

Mitchell was a former lobbyist at the federal level in years 2005 through 2008 for the Alliance for Charitable Reform, a project of The Philanthropy Roundtable, another tax-exempt organization. Donors Trust and Donors Capital Fund, two dark money groups which also have Charles Koch’s fingerprints all over them, were spun off from the Philanthropy Roundtable in 1999. (See our report: Koch Footprints Lead to Secret Slush Fund to Keep Fear Alive.)

Is it any wonder that things are being disappeared from the Foley & Lardner website?