Shhh! Don’t Tell the Public that their Investor Advocate at the SEC Has Gone Poof, Along with His Most Recent Reports 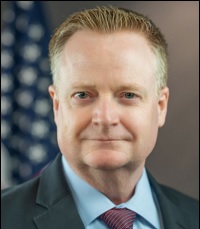 His name is Rick Fleming and there is a very good chance that you’ve never heard of him. Now, there’s a very good chance that you’ll never see the reports that he meticulously compiled twice a year over the past eight years that he served in the role of Investor Advocate on behalf of retail investors at the Securities and Exchange Commission. If you click on this SEC link where his reports are supposed to be housed, you’ll find that the majority of his reports since 2019 result in an “Oops! Page Not Found” message.

The role of Investor Advocate at the SEC was created under the Dodd-Frank financial reform legislation of 2010 following the greatest financial collapse since the Great Depression, which resulted from unparalleled corruption on Wall Street and inept federal oversight.

The Dodd-Frank legislation clearly intended for the Investor Advocate to be immediately appointed by the Chair of the SEC in 2010 because the legislation calls for the Investor Advocate to file his report on priorities “Not later than June 30 of each year after 2010″ and the annual report of his office’s activities for the prior year “not later than December 31 of each year after 2010.”

But just as President Obama never got around to hiring the Dodd-Frank mandated Vice Chair for Supervision at the Federal Reserve throughout his time as President, Obama’s SEC Chairs did not get around to appointing an SEC Investor Advocate until four years after Dodd-Frank was signed into law.

Fleming was appointed by SEC Chair Mary Jo White and assumed the role as Investor Advocate on February 24, 2014. White had served as defense counsel to some of the largest firms on Wall Street as a partner at Debevoise & Plimpton. Between herself and her husband, John White, a law partner at Cravath, Swaine & Moore, they had represented most of the major trading houses on Wall Street. Mary Jo White signed an ethics disclosure letter advising that she would “retire” from her position representing Wall Street banks at the law firm Debevoise & Plimpton upon confirmation as SEC Chair. Instead, she returned to Devevoise & Plimpton after her stint as SEC Chair was over.

The Dodd-Frank legislation called for the SEC Chair to consult with fellow Commissioners on the SEC in making the appointment of the Investor Advocate. That likely resulted in the appointment of the highly-credentialed Fleming, who had spent fifteen years as a state securities regulator, including more than a decade as General Counsel for the Office of the Kansas Securities Commissioner. Fleming had moved to Washington, D.C. in 2011 to become the Deputy General Counsel for the North American Securities Administrators Association (NASAA), the organization of state securities regulators, a well-respected group.

After surviving the multitude of purges throughout the Federal government under the four years of Donald Trump’s administration, why has Fleming left now? His departure was announced on May 27 by the SEC and his last day was July 1, one day after his June 30 report on his priorities for 2023 was due to Congress.

To answer why Fleming has gone poof from the SEC, we felt it would be necessary to get our hands on the Investor Advocate’s most recent reports to Congress, which we were able to do. The annual report for 2021 carries this breathtaking revelation:

“Approximately 85 percent of SPACs have restated their financial statements, which may indicate that these companies were not prepared to handle the heightened regulatory responsibilities of public companies.”

SPACs (Special Purpose Acquisition Companies) are companies that tap the public markets with an IPO when they have no commercial operations at all and simply plan to eventually acquire an existing company. SPACs are also known as “blank check” companies. According to FactSet, SPACs accounted for half of all IPOs in 2020, the last year of the Trump administration. (See our report: SEC Chair Jay Clayton Left Markets in the Biggest Mess Since 1929.)

Fleming’s report for 2021 also shares this:

“Similarly, we are tracking the accumulation of ‘goodwill’ on balance sheets—a staggering $3.5 trillion as of 2020 — in light of the recent flurry of deal activity taking place at elevated prices.”

The real problem for Fleming, however, is likely contained in the priorities report  he wrote for 2023. (We obtained that report in a Google cache.) One of those priorities was “ESG Disclosures” for public companies as well as ESG disclosures for investment advisors and investment companies. ESG stands for “Environmental, Social, and Governance,” and quashing those disclosures has become a battleground for fossil fuel interests and the right-wing Republicans that sit on the Senate Banking Committee – whose political campaigns are heavily funded by fossil fuels and related interests.

Aligned with the views of the fossil fuel sycophants is SEC Commissioner Hester Peirce, whom we described as a “Koch Fronted Regulatory Hit Woman” in an article we penned on March 17, 2016. Peirce was previously a Senior Research Fellow and Director of the Financial Markets Working Group at the Mercatus Center at George Mason University. Greenpeace calls Mercatus “a climate denial front group.” Mercatus has been heavily funded by Koch-related foundations. (Billionaire Charles Koch sits atop one of the largest privately-owned companies in the world, Koch Industries, with sprawling interests in fossil fuels and an iron grip  on the money spigot financing right-wing political campaigns.)

Fleming wrote this in his report on objectives for 2023:

This statement, no doubt, sent Hester Peirce and the fossil fuel toadies in Congress into a rage. Peirce sits on the SEC’s Investor Advisory Committee, as did Fleming.

Fleming’s departure from the SEC has gone unnoticed by mainstream media, as did his existence in the post of Investor Advocate for the majority of the eight years he served in that role. There is also scant evidence that his office maintained any broad-based direct contact with the hordes of retail investors that have been fleeced at the hands of Wall Street, unlike the Consumer Financial Protection Bureau (CFPB) which has a complaint database where fleeced Americans can share their complaints with the agency, the public and the press. The CFPB, which was also created under the Dodd-Frank legislation of 2010, has been the serial target of the right-wingers on the Senate Banking Committee.

Since the CFPB’s mandate does not include consumer complaints involving securities transactions, it would make sense to establish a comparable complaint database in the Office of Investor Advocate at the SEC, so that the public, reporters and regulators can get an early heads up on growing areas of fraud and potential systemic risk on Wall Street.

If Gary Gensler is serious about improving the performance of the SEC, he will give the Office of Investor Advocate a much greater role in helping the retail investor.