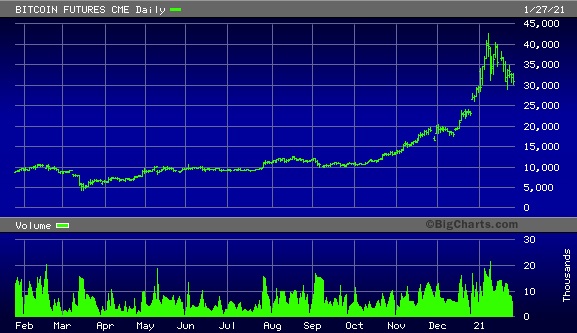 Bitcoin Futures Prices Over Past 52 Weeks 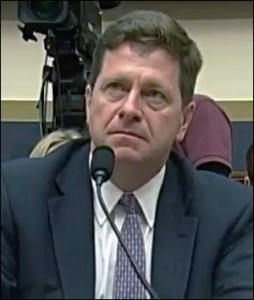 Jay Clayton is the man who served for almost all of the four years of the Trump administration as Chairman of the Securities and Exchange Commission; who attempted a failed coup to take over as the top criminal prosecutor in Manhattan; and who had represented 8 out of 10 of the mega Wall Street banks in the three years prior to arriving at the SEC. Clayton came to the SEC as a law partner at Sullivan & Cromwell where he had worked for more than two decades. Sullivan & Cromwell is a law firm that has been serving Wall Street’s interests since the birth of Wall Street.

Below we describe the condition in which Clayton has left what used to be considered the most respected markets in the world.

Bitcoin: Bitcoin is a cryptocurrency backed by nothing more substantial than air. In early July 2019, economist Nouriel Roubini sized up Bitcoin as follows on Bloomberg News:

Just five months after Roubini called Bitcoin a “big criminal scam and nothing else,” the largest futures exchange in the world, the CME Group headquartered in Chicago, announced that it would begin trading options on its Bitcoin futures contracts.

Pump and Dump Schemes: Just like 1929, stocks are being pumped and dumped as the SEC looks away. Back in ’29, Wall Street firms secretly paid prominent newspaper columnists to hype the stock they wanted to pump and dump. Those payments were revealed in the U.S. Senate Banking hearings that took an in-depth look at the corrupt structure of Wall Street following the 1929 crash that ushered in the Great Depression. Today, while there are also likely to be secretly paid newspaper pundits, the real pump and dump action has moved to message boards.

You can see how this is playing out in the share price of GameStop, which had a closing price of $16.08 three months ago while closing at $147.98 yesterday – an 820 percent increase based on the manipulations of people on message boards who don’t use their real names. For all the public knows, these could be sophisticated market insiders not a hapless crowd of bored millennials, as they are often described. 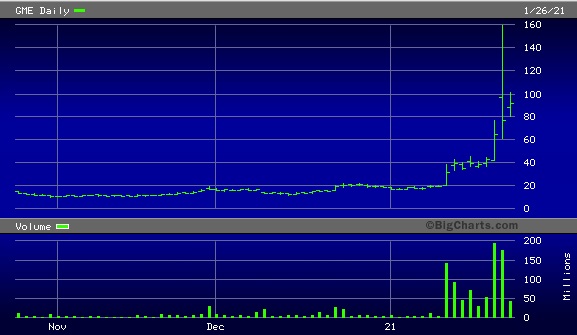 Stock Price of GameStop Over Past Three Months

Dark Pools: The same mega Wall Street banks that blew themselves up in 2008 are today operating what effectively amounts to their own internal stock exchanges with no real-time visibility on whether they are trading stocks at honest prices. Even crazier, the SEC is allowing the mega Wall Street banks to trade the shares of their own bank – in the dark. We cannot fathom how this could be legal under any rational interpretation of securities laws.

SPACs: Instead of Wall Street bringing Initial Public Offerings (IPOs) of profitable companies with critical products or services that will boost America’s competitive standing on the global stage, we’re getting SPACs (Special-Purpose Acquisition Companies). Investors are being asked to buy a pig-in-a-poke and they’re actually doing this hand over fist.

SPACs are also known as “blank check companies” because at the time of the IPO, the SPAC is simply raising oodles of cash to make a future acquisition of an existing company.

On December 28 of last year, Sanghamitra Saha of Zacks reported that, as of that date, SPACs had raised $79.87 billion in gross proceeds in 2020.

The End Game: When this market eventually blows up, and it will, we will be looking at another lost decade of opportunity to build the U.S. economy into a Twenty-First Century economy capable of effectively competing with the rest of the world. The question is, just how many lost decades can America afford.

During the dot.com bubble, the Nasdaq stock market reached a closing high of 5,048.62 on March 10, 2000. It then proceeded to lose 78 percent of its value over the next 2-1/2 years, reaching a closing low of 1,114.11 on October 9, 2002. In an article titled “Paying for the Potemkin Boom,” New York Times reporter Ron Chernow described the devastation in the market as follows: