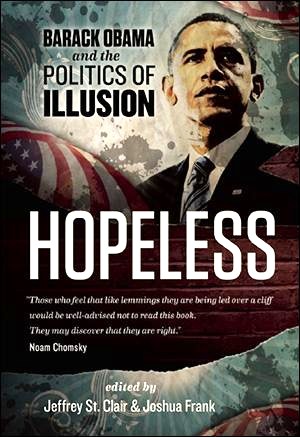 As millions of struggling Americans face eviction this fall; as children are dying in hospitals from a raging pandemic; as his political party is facing a brutal fight in the upcoming midterms — what does former President Barack Obama do? He throws himself a lavish, celebrity-studded birthday bash at his $12 million waterfront mansion on Martha’s Vineyard with a sprawling dining tent potentially creating a super-spreader event.

The party was held on Saturday evening, August 7. New York Times columnist, and Pulitzer Prize winner, Maureen Dowd, gave it the scathing review it deserved in this past Sunday’s print edition of The Times. In the article, Dowd quotes André Leon Talley’s take on the over-the-top soiree. Talley said “the Obamas are in Marie Antoinette, tacky, let-them-eat-cake mode. They need to remember their humble roots.”

The brutal truth is that the Obamas have been in tacky, let-them-eat-cake mode for a long time now.

President Obama was first sworn in to office on January 20, 2009 in the midst of the worst financial and economic collapse since the Great Depression — delivered to the country by the insatiable greed and corruption of the titans on Wall Street. The same men who had funded his political campaign for the Presidency.

Obama had one key job to do as President: Reform Wall Street. He punted. Instead of breaking up the mega Wall Street banks by restoring the Glass-Steagall Act, Obama signed into law the toothless Dodd-Frank financial “reform” legislation that has allowed all of the worst abuses of Wall Street to continue. At the time the legislation was signed into law in 2010, Democrats controlled the House, the Senate and the Oval Office.

“Seven of the Obama campaign’s top 14 donors consisted of officers and employees of the same Wall Street firms charged time and again with looting the public and newly implicated in originating and/or bundling fraudulently made mortgages. These latest frauds have left thousands of children in some of our largest minority communities coming home from school to see eviction notices and foreclosure signs nailed to their front doors. Those scars will last a lifetime.

The recent birthday bash is certainly not the first time that the Obamas have been tone-deaf to the woes of the country. On February 18, 2013 we reported this:

“The President of the United States, who told us this past Tuesday evening in his State of the Union address how concerned he is with the middle class, disappeared into a millionaire’s enclave for a three-day bachelor vacation with pals. According to the White House, Tiger Woods was among those playing golf with the President. First Lady Michelle, and daughters, Malia and Sasha, are skiing out west.

“While the President is certainly entitled to rest and relaxation, what he is not entitled to during the greatest economic downturn since the Great Depression is hypocrisy.

“Fresh from his State of the Union speech on Tuesday and a speaking tour focusing on how he plans to lift up the poor and middle class, the President flew on Friday evening to the Floridian Yacht & Golf Club in Palm City, Florida, a millionaire’s golfing enclave where cottages rent for $1500 a night and golf lessons can run $3,000 an hour. The initiation fee is a one-time payment of $50,000 and annual dues are $15,000. The facility includes a 61-foot yacht.”

The press was barred from the enclave and prevented from observing with whom the President was hobnobbing.

Had mainstream media not been wearing blinders when it came to Barack Obama, it might have noticed how he staffed up his administrations. As we reported regarding Obama’s second term:

“A pattern is emerging in the nominations coming out of the Oval Office. If you’ve played a role in collapsing a major bank, the President has a top slot for you. But only millionaires and billionaires need apply. Union busting scores extra points.

“Jack Lew was paid millions as Chief Operating Officer for the very division of Citigroup that collapsed the bank in 2008 and Jack Lew is nominated by the President for U.S. Treasury Secretary. Before that, Lew played a key role in busting a grad students union at New York University. [Lew did become Treasury Secretary.]

“Billionaire Penny Pritzker was involved in the collapse of the Superior Bank of Illinois, a Chicago savings and loan that went belly up in 2001 and now, according to the New York Times and Wall Street Journal, Pritzker is on the short list to become the next U.S. Commerce Secretary. [She did become Commerce Secretary.]

“Of course, there are other ways to get a salary and a pension from the taxpayer and play a leadership role in pulling the country out of the greatest banking collapse since the Great Depression. Obama is nothing if not an equal opportunity employer of opportunists. If you didn’t personally collapse anything but were white collar defense lawyer to those that did, you can become the head of Wall Street’s regulator. Mary Jo White, partner at corporate law firm Debevoise and Plimpton, whose clients include JPMorgan, UBS, Morgan Stanley and Bank of America, has been nominated by the President to head the Securities and Exchange Commission.” [White did become SEC Chair and failed spectacularly at the job.]

The former First Lady, Michelle Obama, who famously said “When they go low, we go high,” must have been thinking about fashion price tags. As we wrote on March 25, 2013:

“During the Great Depression, the President of the United States, Franklin D. Roosevelt, was rapidly creating programs to address joblessness, poverty and the plight of the homeless. The First Lady, Eleanor Roosevelt, traveled tens of thousands of miles around the country, year after year, to check on those programs and report back to the public in a syndicated column she wrote six days a week titled ‘My Day.’

“In the Great Recession, with 46.2 million Americans living in poverty, including one in every five children according to the U.S. Census Bureau, President Obama is spending his weekends in the Middle East or at a millionaire’s golf club while First Lady Michelle Obama adorns the current issue of Vogue wearing designer clothes costing more than it would take to feed a family of four for a year. This comes on the heels of the First Lady’s February 24th appearance by satellite in another designer gown (a silver, custom beaded tulle by Naeem Khan) to present the best picture award at the Oscars.”

“Whether it is truly possible to hold elected officials accountable in a political system where big money, big media, big corporations and the very rich call all the shots is uncertain.  But we have tried and will keep trying. So will others. The stakes are too high not to…

CounterPunch published the book, Hopeless: Barack Obama and the Politics of Illusion. It was an anthology of articles on the red flags in the Obama candidacy. CounterPunch editors, Jeffrey St. Clair and Joshua Frank, describe the books as follows:

One of our articles, penned in May of 2008, appears in Hopeless. In it, we write this:

“The Wall Street plan for the Obama-bubble presidency is that of the cleanup crew for the housing bubble: sweep all the corruption and losses, would-be indictments, perp walks and prosecutions under the rug and get on with an unprecedented taxpayer bailout of Wall Street. (The corporate law firms have piled on to funding the plan because most were up to their eyeballs in writing prospectuses or providing legal opinions for what has turned out to be bogus AAA securities. Lawsuits naming the Wall Street firms will, no doubt, shortly begin adding the law firms that rendered the legal guidance to issue the securities.) Who better to sell this agenda to the millions of duped mortgage holders and foreclosed homeowners in minority communities across America than our first, beloved, black president of hope and change?”