Biden Is Bringing Financial Crisis Guys from the New York Fed’s Markets Group to His Administration: Should We Worry? 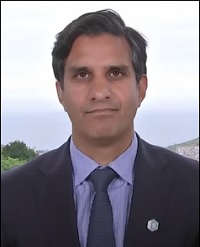 President Joe Biden is tapping insiders from the Federal Reserve Bank of New York for key financial posts in his administration. These insiders played key roles during the financial crash of 2008 or the repo loan crisis in the fall of 2019 or the pandemic-related financial crisis of 2020. One of them was around for all three. We’ll get to the specific names in a moment, but first some necessary background.

The Federal Reserve Board of Governors is an independent federal agency whose Board members are appointed by the President of the United States. But the 12 regional Federal Reserve banks that are part of the Federal Reserve System are owned, outright, by commercial banks, thus making these Fed banks private entities. The New York Fed stands out because it is owned by some of the largest and most dangerous mega banks on Wall Street, which also happen to be some of the largest federally-insured banks in America. This makes the New York Fed the epicenter in America of the concept, “too big to fail.”

In terms of the New York Fed’s power, consider this: according to the most recent financial data from the Federal Reserve, the 12 regional Federal Reserve Banks had a total of 647,525,381 shares of capital stock outstanding as of December 31, 2020. Of that amount, 217,599,537 of those shares were controlled by the banks that own the New York Fed. That’s more shares than controlled by the Atlanta Fed, Boston Fed, Chicago Fed, Dallas Fed, Philadelphia Fed, Kansas City Fed, Minneapolis Fed, and St. Louis Fed combined.

The five mega banks that are the major shareowners of the New York Fed are also supervised by the New York Fed, despite participating in the election of two-thirds of its Board of Directors.

These same Wall Street banks also participate in a litany of advisory groups at the New York Fed, which determine “best practices” for their industry. Those “best practices” were clearly not demonstrative enough to stop JPMorgan Chase from becoming a 5-count felon; Citigroup, a financial basket-case in the 2008 Wall Street collapse; and they didn’t prevent all of the mega banks from creating and selling toxic subprime investments and derivatives that blew up Wall Street in 2008 and launched the worst economic downturn since the Great Depression, costing millions of innocent Americans their jobs and their homes.

During the 2008 financial crisis, the New York Fed was given unprecedented powers by the Federal Reserve Board of Governors in Washington, D.C. to create over $29 trillion in electronically-engineered money to bail out Wall Street banks and their foreign derivative counterparties. A significant portion of the cumulative $29 trillion went to loans that were collateralized by stocks and junk bonds – an unprecedented action for the Federal Reserve. In some cases, the Fed threw out its “lender” of last resort mandate, and actually bought toxic assets outright through Special Purpose Vehicles it created.

The gargantuan loans made by the New York Fed from December 2007 through July of 2010 were unprecedented in its history, which dates back to its creation in 1913. The New York Fed rolled out most of those exact same emergency loan programs again last year, giving out the same no-bid contracts as it did in 2008 to various Wall Street actors.

Having an entity that is owned by the mega Wall Street banks, that also supervises the same banks, that is also empowered to create electronic money out of thin air to bail out the banks with no spending limits, sounds like something out of an Orwellian novel. It is not a banking model for a sustainable financial future for a large developed nation – a reality that is aptly captured by the fact that the Fed’s balance sheet has grown from $924 billion in December 2007 to $8.3 trillion today – with American taxpayers, not the Wall Street banks, on the hook for 98 percent of that if things go amiss.

Against that backdrop, we find it more than a little unnerving that someone is whispering in President Biden’s ear to tap folks from the New York Fed for key slots in his administration.

“…he oversees the group’s full portfolio, including implementing monetary policy, monitoring and analyzing global financial market developments, executing lender of last resort operations, providing financial services for foreign and international monetary authorities, providing capital market-related services to the U.S. Treasury as their fiscal agent, and administering and producing several reference rates for the U.S. money markets. He plays a key role in developing and implementing the Bank’s strategic direction and priorities, and is a member of the Bank’s Executive Committee.”

Bloomberg News reported that Singh had been tapped by the Biden administration in February of this year. Singh was interviewed in his new job at the G-7 Summit in June.

Last Tuesday, the White House announced that Joshua Frost had been selected by Biden to become Assistant Secretary of the U.S. Treasury for Financial Markets. Frost has worked at the New York Fed for more than two decades. He also comes out of the Markets Group. Frost had apparently already moved to an unannounced role at the U.S. Treasury earlier this year: his name showed up in Treasury meeting notes in May.

According to a March 1, 2014 press release from the New York Fed, Frost was promoted to Senior Vice President in the “market operations monitoring and analysis function of the Markets Group.”

According to a 2011 fawning New York Times report, Frost played a major role in the Fed’s quantitative easing (QE) programs during and after the financial crash of 2008. QE, which has been revived again, allows the Fed to effectively create artificial (“administered”) interest rates by creating artificial demand for U.S. Treasuries and agency mortgage-backed securities by buying up tens of billions of dollars each month of the instruments. While the Fed reports all of these securities on its own balance sheet, JPMorgan Chase is actually the custodian for the Fed of more than $2.38 trillion in agency mortgage-backed securities purchased under QE programs – despite its five felony counts. (Apparently, stock ownership in the New York Fed has its privileges.)

Frost has the distinction of having worked under three separate heads of the Markets Group at the New York Fed: Daleep Singh, Simon Potter and Brian Sack. Both Potter and Sack have moved on to hedge funds. According to Potter’s LinkedIn profile, he is currently Vice Chair of the hedge fund, Millennium. Sack’s LinkedIn profile indicates that he is the Director of Global Economics for the hedge fund, D.E. Shaw Group, and “a member of the firm’s Discretionary Macro trading unit.”

Rounding out the crisis era veterans from the New York Fed is Calvin Mitchell, who is now Assistant Secretary for Public Affairs at the U.S. Treasury. Mitchell’s appointment was announced on Biden’s first day in office, January 20, 2021. Mitchell served as the Head of Communications at the New York Fed during the financial crisis of 2008 when Tim Geithner was President of the New York Fed. Geithner and the Markets Group oversaw the sluicing of that secret $29 trillion bailout of Wall Street.

When we say “secret $29 trillion bailout,” we really mean “secret.” The Fed battled in court for years in an effort to prevent that information from being released to the American people. Even after losing its case at the Federal District Court, the Fed appealed to the Second Circuit Court of Appeals. When that appeal was also ruled against it, it asked for a rehearing. When that was rejected, a Wall Street consortium of banks, that were the recipients of the trillions of dollars in secret loans, appealed the case to the U.S. Supreme Court. That appeal failed as well and the Fed was, finally, forced to release its bailout data in 2011 – after Congress had already approved, and President Obama had signed, the toothless Dodd-Frank financial reform legislation that enshrined even more power at the Fed to supervise the mega banks on Wall Street.