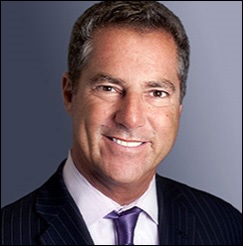 After successfully warding off barbarians outside the gates of the local election offices during the count of mail-in ballots, President-elect Joe Biden now has a new army of barbarians to deal with. According to the Center for Responsive Politics, using data collected by the Federal Election Commission, the industry category called “Finance, Insurance & Real Estate” donated a stunning $201,675,240 to Biden’s campaign and PACs supporting him. Add to that the category of “Lawyers and Lobbyists,” which donated $52,378,087, and you’re looking at a cool quarter of a billion dollars.

The bulk of the $52 million that came from “Lawyers and Lobbyists” was donated by the lawyers and partners of the big law firms that represent the biggest Wall Street banks and securities firms. Big donors to Biden and the Democratic Party in the 2019/2020 cycle hail from such law firms as Kirkland & Ellis; Paul Weiss; Akin Gump; Sullivan & Cromwell; Covington & Burling; and Sidley Austin, to name just a few.

Covington & Burling similarly staffed up President Barack Obama’s Justice Department with Eric Holder as Attorney General and Lanny Breuer as head of the criminal division. Covington & Burling is also the law firm that fronted for Big Tobacco’s crimes against the American people for four decades. (See our 2012 article, Was the U.S. Justice Department Sold to the Highest Bidder.)

The current Chairman of the Securities and Exchange Commission, Jay Clayton, was a former law partner at Sullivan & Cromwell. Clayton represented 8 of the 10 largest Wall Street banks in the three years prior to landing the top post at the SEC in the Trump administration.

One name noticeably missing among the big law firms whose lawyers and partners are supporting Biden and the Democratic party is the law firm, Jones Day. That’s the law firm that sent 12 of its law partners to staff up the Trump administration on the very day Donald Trump was inaugurated. (See How Did Koch Industries’ Law Firm Grab Control at the White House? and Meet Don and Shannon McGahn: Trump’s Regulatory Chainsaw Couple.)

According to data at the Center for Responsive Politics, and confirmed at the Federal Election Commission website, Jones Day has contributed a total of $13.29 million to Trump, Republican committees, and PACs supporting Trump and Republicans. (Again, the law firm itself doesn’t contribute, its lawyers, partners or PACs make the donations.) Here’s a sampling of where Jones Day’s people put their money: $4.57 million to Donald J. Trump for President; $3.5 million to the Republican National Committee; $1.677 million to America First Action; $1.64 million to the National Republican Senatorial Committee; $752 million to the Trump Victory fund; and so on.

Apparently, Jones Day and its client, Koch Industries, were quite content with how things were playing out under Donald J. Trump and wanted a grab at another four years.

The good news is, the $52 million donated by “Lawyers and Lobbyists” represents just a fraction of the more than $1 billion that Biden and PACs supporting him raised. But here’s the bad news. We don’t know how much people working within that category “bundled” for Biden. Bundlers are volunteer fundraisers to political campaigns who raise large amounts from clients, family and friends.

This is how the Center for Responsive Politics explains the danger these bundlers pose to government by the people:

“Hand-in-hand with the increasing sophistication of and reliance on bundlers is the heightened rate of return for those who bundle. According to Public Citizen, during his eight years in office, George W. Bush appointed about 200 bundlers to posts in his administration. An iWatch News investigation uncovered that President Obama had already appointed 184 bundlers to his administration in his first term alone. Further, it is clear that bigger bundlers get more recognition, as nearly 80 percent of those collecting more than $500,000 for the Obama campaign took ‘key administration posts’ as defined by the White House. Similarly, the Center [for Responsive Politics] has identified 35 of Obama’s ambassador-level appointments as former bundlers for his campaign. The ambassadorships to France, the United Kingdom, and the European Union all went to campaign bundlers.”

According to Biden’s release of names of his bundlers, there’s an ungodly number of partners at Wall Street law firms that bundled for him. One name that sends sirens screeching like a four-alarm fire is Brad Karp, Chair of the Paul Weiss law firm. (See our 2012 report, Meet the Lawyer Who Gets Citigroup Out of Fraud Charges.)

According to Max Moran, writing for the American Prospect in February, Karp was hedging his bets during the presidential primary races. Karp was named as a bundler on the lists released by then presidential contenders Amy Klobuchar, Joe Biden, Cory Booker and Kamala Harris. Moran writes this:

“But if the Democrats do nominate a candidate of the old guard, the traditional school of money-for-access politics, chances are high that one name will be at the top of their list of advisers: Brad Karp. After all, Karp’s name shows up on almost every bundler list the 2020 race has seen so far. If money is seductive in politics, then Karp is a master of seduction. And he’s in it for a reason: to make sure the next president doesn’t appoint regulators and prosecutors who will bring his corporate clients to heel…”

Yes, America is facing a health crisis from the pandemic and an economic crisis that Biden must address in his first 100 days in office. But corporate money in politics is just as grave a threat to democracy in our country. If Biden fails to address that early on in his presidency, the street celebrations we saw this past weekend will be rendered a hollow exercise in wishful thinking.