Then there was the fat finger in August in the back office of Citigroup that wired $900 million by mistake to pay off the entire principal balance of a Revlon bond instead of making just the payment of interest on the bond. Citigroup is now embroiled in lawsuits with the Revlon lenders, attempting to get them to return the money. According to Institutional Investor, “a total of $526.4 million has yet to be returned” as of August 27. The lenders are refusing to return the funds to Citigroup on the basis that Revlon owed them the money anyway because Revlon had improperly changed the terms of the loan.

Mistakenly wiring almost $1 billion on behalf of Revlon out of the bank’s own coffers is not something that federal regulators want to hear about from a federally-insured bank that sits on $1.2 trillion in customers’ deposits and a bank that received the largest bailout in U.S. history from 2007 to 2010. Citigroup also has a serial recidivist reputation for engaging in wrongdoing.

As the bank’s share price was tanking, in June Bloomberg News dropped the bombshell that Citigroup had “returned almost twice as much money to its stockholders as it earned” over the prior three years, as a result of it buying back its own shares (which prop up its share price) and paying out common and preferred dividends.

In April, Wall Street On Parade reported this:

“As of December 31, 2019, Citigroup’s federally-insured bank, Citibank N.A., had $1.45 trillion on its balance sheet with $150 billion in equity capital and $3 trillion in off-balance sheet items, with a ‘mysterious’ two entries marked simply as ‘other’ that total $389 billion. (What kind of accounting rules allow $389 billion to be described as ‘other.’)” Read our full report here.

Citigroup was apparently attempting to get the kind of public relations boost this week that presidential candidate Joe Biden got in announcing that his running mate for Veep was going to be a woman, Senator Kamala Harris. On Thursday, Citigroup released an unexpected statement that its CEO, Michael Corbat, would be stepping down in February and handing the reins to Jane Fraser, the first ever female CEO of a major Wall Street bank.

Notably, on the very same day that Citigroup made this historic announcement, Thursday, September 10, a fact-checking website known as “Logically,” posted a breathtakingly detailed outing of one of Citigroup’s Senior Vice Presidents, Jason Gelinas, as the man behind the notorious QAnon conspiracy website known as QMap.pub.

The QMap.pub website has now disappeared from the web but you can read its archived postings at the website maintained by the Wayback Machine, an initiative of the Internet Archive.

NPR reports that QAnon followers believe that “President Trump is saving the world from a cult of cannibalistic pedophiles” – most hiding out in the Democratic party according to QAnon thinking. The FBI has labeled QAnon “a potential domestic terrorist threat.” That hasn’t dissuaded President Donald Trump from retweeting posts from QAnon followers.

The career history that LinkedIn had been showing for Gelinas has now been taken down. We emailed Jennifer Lowney, the head of Corporate Communications at Citigroup, asking if Gelinas was still employed at the firm and if the bank had requested LinkedIn to take down his resume. We have yet to receive a response.

According to Gelinas’ resume, he has worked at Citigroup for 17 years and is currently a Senior Vice President and Director of GFTS Core Technology Services. An unrelated help wanted ad at Citi described GFTS as follows:

“Global Functions Technology Services [GFTS] provides application development and other technology services for global functions, including Compliance, Enterprise Risk, Finance, Human Resources, Legal, Real Estate, IT Risk, Procurement, and General Services…The GFTS Portfolio Architect is responsible for day-to-day delivery of the GFTS portfolio architecture function, managing the delivery of architecture services to assigned development portfolios and their customers, with focus on both strategic alignment of business and technology architectures and tactical delivery of architectural design services in the context of portfolio initiatives, programs and projects.”

Gelinas hardly fits the profile of a kooky conspiracy theorist. He and his wife live in a meticulously landscaped $790,000 home in Berkeley Heights, New Jersey. (We tracked down the residence at the county’s property records and then looked at a photo and market value estimate at Realtor.com.)

For someone holding a senior position in IT at one of the biggest banks in the U.S., Gelinas certainly didn’t know how to hide his tracks on the web. His home phone number is the same phone number used for Patriot Platforms, LLC, a company registered with the state of New Jersey that is the developer of the QMap.pub website.

We checked to see if Gelinas is himself a Trump supporter. Federal Election Commission records show that he has made just $200 in donations to a Political Action Committee called WinRed, which emerged in 2019. The Center for Responsive Politics explains that WinRed was created to compete with ActBlue and “attract small-dollar donors and convert President Donald Trump’s popularity into success for other GOP candidates.” Interestingly, the article also notes that “the site also goes beyond its liberal alternative in collecting data on donors.”

Collecting data is something that Gelinas also appeared to be doing. We located a Google cache of QMap’s privacy statement. It says it may collect the following data:

“We may also collect information that your browser sends whenever you visit our Service or when you access the Service by or through a mobile device (‘Usage Data’).

“This Usage Data may include information such as your computer’s Internet Protocol address (e.g. IP address), browser type, browser version, the pages of our Service that you visit, the time and date of your visit, the time spent on those pages, unique device identifiers and other diagnostic data.

What does the website plan to do with this data? It explains as follows:

“Your information, including Personal Data, may be transferred to — and maintained on — computers located outside of your state, province, country or other governmental jurisdiction where the data protection laws may differ than those from your jurisdiction…”

Our suspicions about this data mining are heightened by our reporting on what Charles Koch was doing with his i360 data mining operation for the Republican Party.

One can imagine that bank regulators are having something of a nervous breakdown this weekend. Here’s what they are looking at: A senior IT executive at one of the country’s largest banks – who would potentially have access to tens of millions of bank customers’ information like Social Security numbers and credit card numbers – effectively had a secret identity and was running a secret side business that was collecting personal information for a group the FBI believes is a potential domestic terrorist threat.

Gelinas is also likely feeling some heat from his in-laws this weekend. According to FEC records, members of his wife’s family are loyal supporters of Democrats. 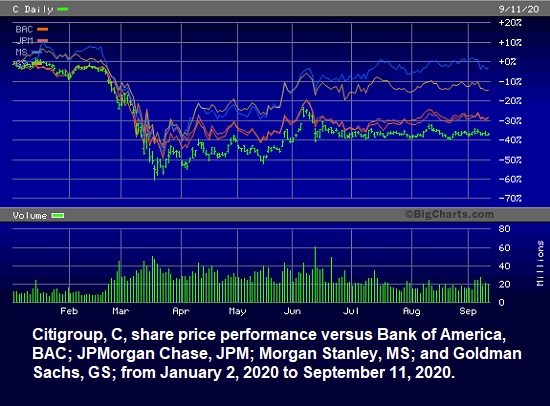