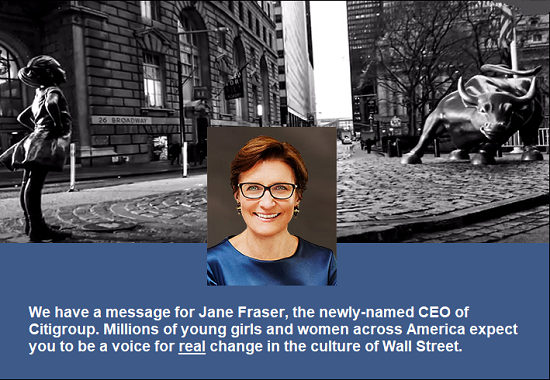 Leave it to those good ole white men of wealth and privilege to know when to cut and run. President George W. Bush and his Treasury Secretary, Hank Paulson, (former CEO of Goldman Sachs) handed the smoldering ruins of the U.S. economy to the first Black president in the history of the U.S., Barack Obama, on January 20, 2009. That was right in the midst of the Great Financial Crisis and just four months after some of the most iconic names on Wall Street had either collapsed or were forced into shot-gun marriages.

We wrote the following in May 2008 during the runup to the election:

“Wall Street, known variously as a barren wasteland for diversity or the last plantation in America, has defied courts and the Equal Employment Opportunity Commission (EEOC) for decades in its failure to hire blacks as stockbrokers. Now it’s marshalling its money machine to elect a black man to the highest office in the land. Why isn’t the press curious about this?

“Walk into any of the largest Wall Street brokerage firms today and you’ll see a self-portrait of upper management’s racism and sexism: women sitting at secretarial desks outside fancy offices occupied by predominantly white males. According to the EEOC, as well as the recent racial discrimination class actions filed against UBS and Merrill Lynch, blacks make up between 1 per cent to 3.5 per cent of stockbrokers – this after 30 years of litigation, settlements and empty promises to do better by the largest Wall Street firms.

“The first clue to an entrenched white male bastion seeking a black male occupant in the oval office (having placed only five blacks in the U.S. Senate in the last two centuries) appeared in February on a chart at the Center for Responsive Politics website. It was a list of the 20 top contributors to the Barack Obama campaign, and it looked like one of those comprehension tests where you match up things that go together and eliminate those that don’t. Of the 20 top contributors, I eliminated six that didn’t compute. What remained was a Wall Street cartel of financial firms, their registered lobbyists, and go-to law firms that have a death grip on our federal government.” Read the rest of the article here.

Today, women across America are supposed to be elated that having not gotten the right to vote until 1920, a mere 144 years after the founding of the nation, the first female CEO has just been named to head, for the first time ever, one of the largest banks on Wall Street.

Citigroup announced that Michael Corbat, its current CEO, will be retiring in February of next year. Jane Fraser, currently the President and CEO of Global Consumer Banking at Citigroup, will succeed him. She has also been elected to the Board of Directors, effective immediately. Fraser has been with the bank in various roles for the past 16 years.

Prior to her current post, Fraser served as Chief Executive Officer of Citigroup’s Latin American region from 2015 to 2019. During that period, Citigroup paid $10.5 million in penalties to the Securities and Exchange Commission for charges stemming “from $81 million of losses due to trader mismarking and unauthorized proprietary trading and $475 million of losses due to fraudulently-induced loans made by a Mexican subsidiary.”

In 2017, Citigroup also settled a criminal probe with the U.S. Department of Justice over money laundering at its bank, Banamex USA, involving money transactions in Mexico. As part of the settlement, the bank “admitted to criminal violations by willfully failing to maintain an effective anti-money laundering (AML) compliance program with appropriate policies, procedures, and controls to guard against money laundering and willfully failing to file Suspicious Activity Reports (SARs).” The bank paid a $97.44 million fine.

From 2009 to 2013, Fraser served as the Chief Executive Officer of Citi’s Private Bank – another unit with a problematic history. (See our report: Exclusive: Panama Papers Hub in Miami: Citigroup’s [Very] Private Bank.)

Fraser will be serving under John Dugan, Chairman of the Board of Citigroup. Dugan headed the Office of the Comptroller of the Currency (OCC), the regulator of national banks, during George W. Bush’s second term and part of Obama’s first term (from August 4, 2005 through August 14, 2010). During the Bush administration, federal regulators like the OCC stood by while banks like Citigroup turned themselves into derivative casinos and blew themselves up. Dugan was a former bank lobbyist.

Dugan hailed from the law firm, Covington & Burling. His colleagues at that same firm, Eric Holder and Lanny Breuer, became Attorney General and head of the criminal division of the Justice Department, respectively, in the Obama administration. No prosecutions occurred of any executive at Citigroup for wrongdoing during the financial crisis, despite criminal referrals from the Financial Crisis Inquiry Commission. Holder, Breuer and Dugan all returned to the law firm after leaving the Obama administration.

During the financial crisis of 2007 to 2010, Citigroup’s taxpayer bailout was the largest in not just U.S. history – but the largest in global banking history. Citigroup received $45 billion in equity from the U.S. Treasury; a government guarantee on $300 billion of Citigroup’s dubious assets; the Federal Deposit Insurance Corporation (FDIC) guaranteed $5.75 billion of its senior unsecured debt and $26 billion of its commercial paper and interbank deposits; and the Federal Reserve secretly funneled $2.5 trillion in almost zero-interest rate loans to units of Citigroup between 2007 and 2010. This bailout was done despite Citigroup’s long history of being a recidivist lawbreaker. (See A Private Citizen Would Be in Prison If He Had Citigroup’s Rap Sheet.)