Three of the Biggest Banks on Wall Street Have $7.4 Trillion In Off-Balance Sheet Exposures

In the past few weeks everyone from Fed Chair Jerome Powell to U.S. Treasury Secretary Steve Mnuchin to former Fed Chair Janet Yellen to bank analyst Mike Mayo have appeared on TV to tell the American people that the big banks on Wall Street are well capitalized. To put it in Janet Yellen’s exact words on CNBC last Thursday, “we have a strong, well capitalized banking system.”

These folks have to keep repeating this mantra to the public because the public is increasingly getting curious as to why the New York Fed has had to pump a cumulative $9 trillion in cash to these Wall Street banks, since September 17 of last year, if they are so well capitalized. Can big banks actually be well capitalized and have no liquid money to make loans – the key function of a bank? As we have regularly noted, the Fed’s trillions of dollars in cash infusions to the banks began months before there was any coronavirus COVID-19 outbreak anywhere in the world.

The reality is that the U.S. banking system only looks well capitalized if federal regulators, banking analysts, and the mainstream business press put blinders on and don’t look at what’s hiding in off-balance sheet items at the banking behemoths on Wall Street — the same fatal mistake they all made in the years leading up to the 2008 collapse.

Why are off-balance sheet items such a huge red flag on Wall Street? We’ll let the researchers who wrote the autopsy on the 2008 financial collapse for the Financial Crisis Inquiry Commission explain. They wrote:

“For example, as of 2007, the five major investment banks — Bear Stearns, Goldman Sachs, Lehman Brothers, Merrill Lynch, and Morgan Stanley — were operating with extraordinarily thin capital. By one measure, their leverage ratios were as high as 40 to 1, meaning for every $40 in assets, there was only $1 in capital to cover losses. Less than a 3% drop in asset values could wipe out a firm. To make matters worse, much of their borrowing was short-term, in the overnight market—meaning the borrowing had to be renewed each and every day…And the leverage was often hidden—in derivatives positions, in off-balance-sheet entities, and through ‘window dressing’ of financial reports available to the investing public.”

That last sentence perfectly describes what is going on today – except that it’s worse today than it was in 2008.

On July 14, 2008, Bloomberg News reported that in addition to holding $2.2 trillion in assets on its balance sheet, Citigroup had $1.1 trillion of “mysterious” assets off its balance sheet, including “trusts to sell mortgage-backed securities, financing vehicles to issue short-term debt and collateralized debt obligations, or CDOs, to repackage bonds.” Four months later, Citigroup’s off-balance sheet exposures had blown up the bank and it was on its second round of bailouts. By 2010, Citigroup had received the largest government bailout in global banking history.

Now you need to sit down and put down any cup of hot liquid you might be holding. As of December 31, 2019, Citigroup’s federally-insured bank, Citibank N.A., had $1.45 trillion on its balance sheet with $150 billion in equity capital and $3 trillion in off-balance sheet items, with a “mysterious” two entries marked simply as “other” that total $389 billion. (What kind of accounting rules allow $389 billion to be described as “other.” See tables below.)

From December 2007 to July 2010, the New York Fed single-handedly resuscitated Citigroup with $2.5 trillion in secret, revolving loans – many made at less than 1 percent interest. The bank, then as now, traded on the New York Stock Exchange but its shareholders were kept in the dark about this $2.5 trillion in loans from the Fed. Congress was also kept in the dark and the moms and pops who banked at Citibank were kept in the dark. In Ron Suskind’s 2011 book, Confidence Men, he portrays Tim Geithner as ignoring a directive from President Obama to wind down Citigroup. Instead, Geithner, who had been the President of the New York Fed and Citigroup’s regulator as it took on all of its outsized risks (and then Geithner failed up to become U.S. Treasury Secretary under Obama), facilitated the bailout of an insolvent bank. (Geithner has disputed that he refused to follow an order from the President to wind down the bank in his own book, Stress Test: Reflections on Financial Crises.)

On April 5 we reported that JPMorgan Chase had $2.9 trillion exposure in off-balance sheet items versus $2.3 trillion on its balance sheet with $246 billion in equity capital. That information comes directly from JPMorgan Chase’s Uniform Bank Performance Report for December 31, 2019 at the Federal Financial Institutions Examination Council (FFIEC). Its off-balance sheet “mysterious” items marked simply “other,” total to a whopping $737.5 billion – that’s almost three-quarters of an undefined $1 trillion at the largest bank in the U.S.

The core problem with the federally-insured U.S. banking system today is that a handful of banks holding the lion’s share of deposits in the U.S. are owned by the trading casinos on Wall Street, which, since 2000, have blown themselves up three times. That’s three widespread blow-ups in 20 years versus no widespread blowups of Wall Street from 1933 to 1999, a period of 66 years, when the Glass-Steagall Act was in effect.

That law, also known as the Banking Act of 1933, created federally-insured banks for the first time and barred securities firms on Wall Street from owning the federally-insured banks to prevent the taxpayer-backstopped deposits from being gambled away in ill-fated trading bets – which collapsed the market and banks in 1929 and brought on the Great Depression of the 1930s.

All three of the banks mentioned above are considered “universal” banks. They are actively engaged in high-risk derivatives trading, as well as the stock and bond markets and securitizing pools of debt – and they each also own one of the largest federally-insured banks in America. That’s going to be a perpetual recipe for disaster until the Glass-Steagall Act is restored. 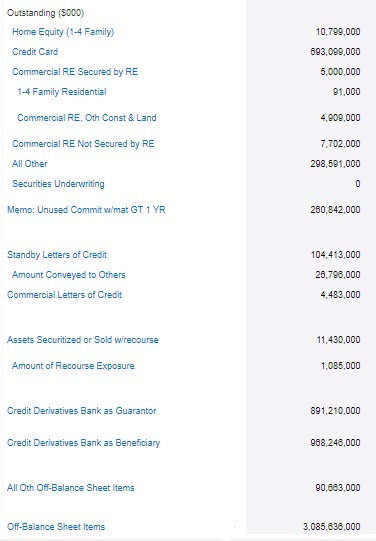 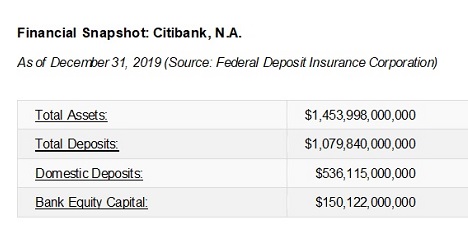