Bombshell Report: The Fed Has Not Rejected One Bank Merger Application Out of 3800 Submitted in Past 11 Years 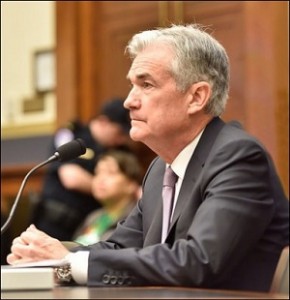 In advance of its December 4 hearing to question if federal bank regulators are adequately watching over the nation’s banks, the House Financial Services Committee issued a Memorandum on some of the key concerns. Buried on page three of the Memorandum was this bombshell:

What is not mentioned in that paragraph is that during that 11-year period, the biggest banks in the U.S. blew up the U.S. economy with subprime debt and reckless derivative bets and proved beyond question that big is not better when it comes to banking. The United States continues to suffer from its disastrous experiment in merging Wall Street trading casinos with Federally-insured banks via subpar economic growth since the financial crisis of 2008. The Atlanta Fed’s very reliable GDPNow is predicting just 1.5 percent GDP growth in the fourth quarter of 2019.

By failing to reject any of these merger applications in more than a decade, the Federal Reserve has aided and abetted the too-big-to-fail banking model which threatens the financial stability of the U.S. By simultaneously being allowed by Congress to incompetently supervise these merged banking behemoths, the Federal Reserve poses a double threat to the safety and soundness of banking in the United States. And by also being allowed to electronically print money out of thin air to the tune of trillions of dollars to bail out these same banking monsters, the Fed has effectively seized control of the nation’s economic future, opting to mint billionaires at hedge funds and Wall Street banks while forcing the working class to go deeper into debt to survive and allowing the bridges, tunnels and roads of the country to go to hell in a handbasket for lack of funding.

By using its money-printing capability to aid the banks and the one percent who own the vast majority of stocks and bonds in the U.S., the Federal Reserve has directly contributed to the greatest wealth and income inequality that the U.S. has seen since the late 1920s – a period when deposit-taking banks were also allowed to be owned by Wall Street’s casino investment banks.

At the end of 1999, the year that the Clinton administration passed legislation to allow Wall Street’s casino investment banks to gobble up Federally-insured, deposit-taking banks, there were 10,220 federally insured banks and savings institutions in the United States. Today, that number stands at 5,213, a decline of 49 percent. Our data comes from the Federal Deposit Insurance Corporation (FDIC).

We looked at FDIC data to see if the sharp decline in the number of banks was from failures or mergers. We found that the vast majority of the decline resulted from banks being absorbed in mergers. By the end of 2005, six years after the Clinton administration had repealed the 66-year old Glass-Steagall Act which prevented mergers between Wall Street’s trading houses and Federally-insured banks, the U.S. still had 8,832 federally insured banking institutions. But in just that year alone, 315 banks were lost to mergers. By 2010, the number of U.S. banking institutions had dropped to 7,657 with 197 institutions absorbed that year through mergers. In years 2015, 2016 and 2017, there were a total of 786 federally insured banking institutions absorbed through mergers.

The Rise and Fall of Citigroup

U.S. Banking Is a Clone of Society: One-Tenth of One Percent Have the Bulk of the Wealth