In the WeWork IPO, the Money Trails End Up at JPMorgan’s Doorstep 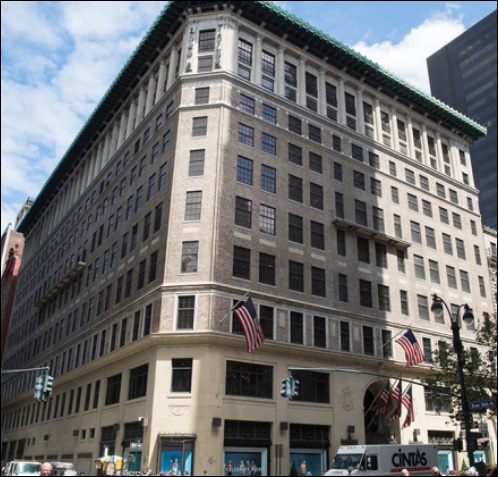 According to the amended prospectus filed with the Securities and Exchange Commission to alert the public to the thousands of warts with malignant possibilities sprouting out of the office rental company, WeWork, which plans to offer its shares to the public for the first time, JPMorgan Chase will receive something no other underwriter is getting in this deal: a cool $50 million extra as a “structuring fee.” On top of that, of course, the bank will also get the fat underwriting fees that the other banks involved in the IPO get.

That’s just one of the many curious ways that JPMorgan Chase stands out in its relationship with WeWork. (The parent of WeWork, The We Company, is actually offering the shares to the public.) As it turns out, quite a few of JPMorgan Chase’s commercial real estate clients who have obtained massive loans from the bank are benefitting from WeWork taking out big leases in their buildings, helping JPMorgan Chase’s clients thus have a lower vacancy rate and thus a smaller chance of defaulting on their loans to the bank. Those corporate clients include Rudin Management; L&L Holding Company; and Midwood Investment and Development, to name just a few.

JPMorgan Chase is also one of three banks that has given an eye-popping $500 million line of credit to WeWork’s CEO, Adam Neumann, a 40-year old who previously lived in a kibbutz in Israel. According to the prospectus, Neumann has drawn down $380 million of the line of credit thus far. In addition, JPMorgan Chase “has made loans and extended credit” to Neumann “totaling $97.5 million across a variety of lending products, including mortgages secured by personal property and unsecured credit lines and letters of credit,” according to the prospectus.

And then there is JPMorgan Chase’s central role in a very, very strange deal that was spun to the public as WeWork having the financial clout to buy the Lord & Taylor flagship store in Manhattan for $850 million in 2017.

On October 24, 2017 two very savvy business writers for the New York Times, Michael J. de la Merced and Michael Corkery, wrote this: The company that owns the department store chain, Hudson’s Bay, said Tuesday that it was selling off the flagship store to WeWork, a seven-year-old start-up whose office-sharing model is helping to reinvent the concept of work space.”

Three days later Ginia Bellafante said it again in the New York Times – that WeWork was buying the Lord & Taylor building, noting that “WeWork’s purchase of the Lord & Taylor building has a resonance beyond the obvious. WeWork leases office space to small but growing companies, giving them shared access to communal rooms that look like lounges with bars, air-hockey tables, lemon-infused water and so on.”

Again on December 30, 2018 and as recently as August 28, 2019 someone was giving the New York Times the script which it dutifully spit out that WeWork had purchased the Lord & Taylor building.

“In February 2019, the Company invested $50 million for a 17.4% interest in a joint venture that simultaneously closed on the acquisition of a $850 million real estate investment located in New York City (the ‘424 Fifth Venture’). The WPI Fund is also a 39.1% owner in the 424 Fifth Venture. The 424 Fifth Venture was initially capitalized with a total of $287 million of equity and a debt facility of up to $900 million, of which, approximately $600 million was drawn down at closing.”

According to the prospectus, “the entities that currently advise and manage the WPI Fund [which owns the 39.1 percent of the Lord & Taylor building] were each indirectly owned 50% by us [The We Company] and 50% by affiliates of the Rhône Group.

This year the WPI Fund was merged into something called ARK with various consideration contributed by both The We Company and Rhone Group resulting in a structure that is as clear as mud in the prospectus.

At the time that WeWork was being reported as buying the Lord & Taylor building, the New York Post reported this:

“WeWork will convert the 11-story building at Fifth Avenue and 38th Street into its headquarters while making a $500 million investment in Toronto-based HBC [Hudson’s Bay Company] along with Rhone Capital, which formed a joint venture with WeWork to create WeWork Property Advisors.”

Hudson’s Bay (HBC) announced in June of this year that a consortium of shareholders wants to take it private. That consortium includes Richard A. Baker, Governor and Executive Chairman of HBC; Rhone Capital L.L.C.; and WeWork Property Advisors. Advising on the deal will be…wait for it…J.P. Morgan Securities, a unit of JPMorgan Chase – thus opening the door to potentially more fees for the bank.

According to more recent reporting, HBC going private may be scuttled by other investors who see the deal as a low ball bid.

To understand what’s really going on here, it helps to have some historical perspective on JPMorgan Chase. It is the only mega U.S. bank in U.S. history to survive admitting to three criminal felony counts and the only mega U.S. bank in history to leave the same Chairman and CEO, Jamie Dimon, in place after having its reputation dragged through the mud over those felony counts and $36 billion in fines for other outrageous allegations by its regulators.

Two of the criminal felony counts came in 2014 in conjunction with JPMorgan Chase looking the other way while Bernie Madoff ran his Ponzi scheme out of a business checking account at its bank over two decades. According to Irving Picard, the trustee of the Madoff victims’ fund, this was not just incompetent risk controls at JPMorgan Chase (which it is also famous for). This was an operation structured like those Russian nesting dolls with lots of moving parts and hidden agendas. After reading the details in the criminal charges released by the Justice Department in the matter, the Los Angeles Times asked in a photo caption of Madoff standing outside the Federal Court: “Bernie Madoff: Was he part of the JPMorgan ring, or was JPMorgan part of his ring?”

One might now be forgiven for suspecting a quid pro quo embedded in the WeWork IPO: Is Adam Neumann part of the JPMorgan ring or is JPMorgan part of the Adam Neumann ring? Our money is on the former since all of the labyrinthine money trails uncannily end up at the doorstep of JPMorgan Chase.

Neumann, of course, has been making hay while the sun shines and the SEC is asleep at the switch. Despite owing his loyalties to WeWork as its Chairman and CEO, he has bought four buildings on his own and leased them back to WeWork on which the company owes “future undiscounted minimum lease payments” of “approximately $236.6 million….” In addition to those four properties, Neumann owns another six properties which WeWork may decide to buy from him according to the prospectus.

Neumann and his wife, Rebekah (who has been serving as the brand manager for the company) aren’t putting all their eggs in the WeWork basket. They have put those extremely generous loans from JPMorgan Chase to good use, diversifying their assets away from a highly speculative IPO and into residential real estate in some of the toniest, upscale communities in America. The Neumanns now own five opulent homes for which they paid a total of $80 million: two in Manhattan; one in the Hamptons at the East End of Long Island; a country estate in Westchester, New York; and a $22 million estate in the Bay Area of San Francisco that was newly added to their residential asset base just last year.