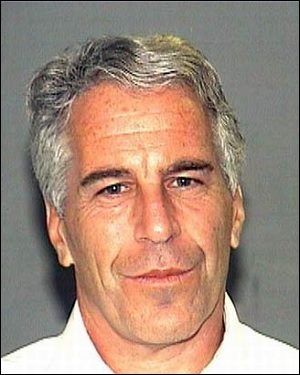 Jeffrey Epstein is variously called a “billionaire,” a “hedge fund manager,” or a “financier” in the hundreds of articles that have appeared in print this month. But no one can say with any certainty how Epstein obtained his wealth or exactly how much wealth he actually has. We’ve located a highly interesting ledger from one of his nonprofit tax filings which shows he was able to get his hands on highly preferential hot IPOs (Initial Public Offerings) and flipped them on their first day of trading. We’ll explore that in detail shortly, but first some background.

Jeffrey Epstein is due in Federal Court in Manhattan this morning to argue his case for being allowed to serve his time until trial under house arrest in his opulent $77 million mansion on the upper East Side rather than the drab confinements of jail. Epstein was arrested by federal prosecutors on Saturday, July 6, and charged with sex trafficking of minors and sexually abusing dozens of underage girls at his mansions in Palm Beach, Manhattan and potentially at other mansions he owns. (Read the full text of the indictment here.)

There are a multitude of strong arguments against releasing this man from jail: ostensibly Epstein should have begun serving a life sentence a decade ago after Palm Beach, Florida police compiled sexual assault and trafficking evidence from more than 40 young women and gave it to the FBI. A sweetheart deal was instead crafted in that case during a meeting by his lawyer and federal prosecutor, Alex Acosta, which resulted in Epstein serving only 13 months in a private wing of the Palm Beach county jail. Adding insult to injury, the Palm Beach County Sheriff’s Department allowed Epstein to leave the jail from 7 a.m. to 11 p.m. in a work-release program, six days a week, during the final 10 months of his incarceration.

Acosta advanced to Secretary of the U.S. Labor Department…wait for it…the Federal agency in charge of sex trafficking. Acosta resigned on Friday after widespread media reports of his involvement in the Epstein case.

Another strong reason to keep Epstein in jail is that under his plea deal in Florida, he is registered as a Level 3 Sex Offender in New York and his mansion is located just blocks from the Hewitt K-12 all girls school. When authorities raided his Manhattan mansion in conjunction with his recent arrest, they found hundreds of pictures of naked young girls in a safe in his house, according to a statement from prosecutors.

And, finally, prosecutors argued in a filing with the court on Friday that Epstein has paid $250,000 and $100,000, respectively, to two potential co-conspirators as recently as the past year, ostensibly to buy their silence. Epstein had multiple persons procuring underage women for him to abuse, including employees and others, according to multiple lawsuits against him.

The public’s right to know how Epstein made his money is essential to understanding just how much he has gotten away with under the nose of the FBI and U.S. Department of Justice and a full listing of just whom his co-conspirators are. Powerful men flew on his private planes, one of which was called the Lolita Express, and stayed at his private mansions. Were they paying him to secure young women for them or getting him access to hot IPOs? The Miami Herald investigative reporter, Julie K. Brown, who may have forced New York prosecutors into revisiting the case against Epstein through her in-depth series of articles in November of last year, stated this recently on television:

“We don’t know how much, how deep this went, how far-reaching it went in government, but there have been a lot of names that I could see on these message pads [listing clients] on a regular basis as part of the evidence. These message pads where they would call and leave Epstein messages, such as, ‘I’m at this hotel.’ Why do you do that, unless you’re expecting him to send you a girl to visit you at your hotel? So there are probably quite a few important people, powerful people, who are sweating it out right now. We’ll have to wait and see whether Epstein is going to name names.”

Or Epstein may have been like Bernie Madoff, making money through numerous illegal activities, including a Ponzi scheme. (See JPMorgan and Madoff Were Facilitating Nesting Dolls-Style Frauds Within Frauds.) According to an affidavit filed in court by Epstein’s former business partner, Steven Hoffenberg of Towers Financial, Epstein’s early wealth derives from a Ponzi scheme that put Hoffenberg behind bars for 20 years.

If Epstein was a hedge fund manager, it was a big secret to other well-known hedge fund managers on Wall Street. Doug Kass, who has his ear very close to the street and has managed money on Wall Street for decades, told New York Magazine last week: “I went to my institutional brokers, to their trading desks and asked if they ever traded with him. I did it a few times until the date when he was arrested. Not one institutional trading desk, primary or secondary, had ever traded with Epstein’s firm.”

But there is some anecdotal evidence that Epstein may have been trading. In the 2016 nonfiction book, Filthy Rich: A Powerful Billionaire, the Sex Scandal that Undid Him, and All the Justice that Money Can Buy – The Shocking True Story of Jeffrey Epstein, by James Patterson, John Connolly and contributor Tim Malloy, there is a reference to one of the planes then owned by Epstein, a Boeing 727 that the writers say was “customized with its own trading floor.”

The New York Times reported last week that a person who visited Epstein at his Manhattan mansion last year saw him doing work “while seated at a large dining table that fit 20 people, with multiple computer monitors and a phone alongside.” That sounds like the configuration of a trading desk.

So we did some digging into one of the few financial documents involving Epstein that are not under seal – a Federal 990 tax filing for his nonprofit called…wait for it…Gratitude America. The last page of that document lists dozens of publicly traded stocks that were held in the portfolio, the majority of which were bought and sold on the same day. In the lingo of Wall Street, that’s called “day trading,” and it is virtually unheard of in an investment portfolio for a taxpayer-subsidized nonprofit charity.

There are some modest losses among the day-traded stocks but there are also some eye-popping gains on Initial Public Offerings (IPOs) that spiked on their first day of trading. The average American can’t get their hands on 100 shares of a hot IPO stock let alone in the quantities that Epstein’s ledger suggests he secured. For example, on October 18, 2017, the gain/loss ledger shows that someone representing the charity bought and sold two 2.5 million lots (for a total of 5 million shares) of a Chinese company called Qudian Inc., which trades as an ADR (American Depository Receipt) on the New York Stock Exchange.

Qudian went public at $24 a share on the exact same date that Epstein shows that he both bought and sold the stock – flipping a hot IPO as it is known in the trade. Epstein’s charity made a gain of $35,689 on the two lots. But the dollar amounts listed as to what he paid and what he sold the shares for, indicate that the charity held just two lots of 2500 each or a total of 5000 shares, not the 5 million shares listed under the quantity column of the ledger.

All other dollar amounts for other stock trades indicate the same thing, that three extra zeroes have been added under the quantity column. We don’t know if this is an error in the quantity column or if Epstein was able to actually secure vast amounts of hot IPOs and simply allocated a portion of the profits to his charity.

We can say this, getting any sizeable quantity of a hot IPO means you have some powerful friends somewhere with powerful connections to Wall Street.

A sampling of other hot IPOs shown on his charity’s gain/loss ledger include Roku, the streaming video company that went public on September 28, 2017. Epstein acquired it at its initial listing price of $14 a share and flipped it the next day at approximately $26.33 a share. (It’s not clear if trading commissions have been subtracted from the sales proceeds.) That’s an 88 percent gain for less than a 24-hour holding period.

Another IPO obtained by Epstein was the email marketing company, Sendgrid, which he flipped on its first day of trading on November 15, 2017  for a gain of 13.8 percent – in one day.

The charity’s gain/loss ledger shows that, in dollar terms, his largest profit came from a position in Tencent Holdings, the Chinese Internet company. He bought his position on two dates in 2016 and sold both lots on August 14, 2017 for a gain of $693,412 in a little over a year’s time.

We’ll be reaching out to the accounting firm that filed this tax return to inquire why the quantity column for the shares of stock shows three extra zeros versus the dollar amounts realized in the purchase and sales columns.