What we need today is a real life character like Vinny Gambini in the movie My Cousin Vinny to take over the questioning for the U.S. Senate Banking Committee – like Ferdinand Pecora did in the early 1930s to root out the systemic frauds in the stock market of that era. Gambini would haul the heads of equities trading for each of the major Wall Street banks and their Dark Pools to a hearing, put them under oath, and grill them about the highly suspicious trading activity that is going on in today’s markets.

Let’s start with what happened yesterday. In the face of punk earnings forecasts for the rest of this year and a growing global economic slowdown, the Dow Jones Industrial Average hit a historic milestone, closing above 27,000 for the first time. But the rising tide didn’t lift all boats: eight of the Dow’s 30 stock components closed in the red. Those stocks were Chevron, Verizon, McDonald’s, Apple, Travelers, Johnson and Johnson, Pfizer, and Merck.

There was something else that raises suspicious red flags to veteran chart watchers. A big spurt in some of the Dow stock components magically occurred in the final 15 minutes of trading, like some mystical, invisible hand had decided to levitate these share prices before the closing bell.

To the thinking of Wall Street veterans who are still capable of human intelligence, as opposed to relying solely on algorithms and artificial intelligence software, when there is an unnatural spike in prices toward the end of the day and it occurs on abnormal trading volume, it’s not likely an intervention by the Gods of the market but far more likely that someone (or a cartel that we see so frequently these days) is painting the tape.

“Painting the tape is a form of market manipulation whereby market players attempt to influence the price of a security by buying and selling it among themselves to create the appearance of substantial trading activity…Manipulators may paint the tape near the market’s close in an attempt to boost a stock’s price substantially at market close. Closing prices are widely reported in the media and are closely watched by investors.”

It only takes a handful of high-priced stocks to really move the needle in the Dow. That’s because it’s a price-weighted index of just 30 stocks. As Mark DeCambre at Dow Jones’ MarketWatch reported yesterday after the market closed, just three stocks in the Dow have been responsible for 970 points of that 1,000-point move in the Dow since its 26,000 milestone on January 17, 2018. Visa accounted for 390 points; Microsoft accounted for 324 points and McDonald’s accounted for 256 points. That’s not exactly what one would call a broad-based rally.

The share price of both Microsoft and Visa spiked in the final 15 minutes of trading yesterday on unusually heavy volume compared to the rest of the day. (See charts below.) And the same thing happened in Verizon and WalMart, also components of the Dow.

The average American likely thinks that the Securities and Exchange Commission would be all over anyone attempting to rig the market or paint the tape. Nothing could be further from the truth. The SEC has been around for 85 years and we’ve been listening to it talk about creating a Consolidated Audit Trail (CAT) for what seems like an eternity. The CAT would ideally show every trade in the U.S. stock and options market, who originated it and the precise time it occurred.

The reason the CAT, if it ever did get fully implemented, would be little more than an audit illusion, is that the same SEC is allowing a vast amount of trading to occur in darkness in hedge funds’ and Wall Street banks’ Dark Pools. According to Wall Street folks in the know, these trades are rarely reported on a timely basis. (See Technological Incompetence Appears to be Intentional at Wall Street’s Top Cop.)

Then there is the problem that some of the mega Wall Street banks are trading U.S. stocks and equity derivatives in foreign jurisdictions outside of the supervision of the Securities and Exchange Commission. When we asked the SEC about this, the sound of silence was deafening. (See Goldman Sachs Is Quietly Trading Stocks In Its Own Dark Pools on 4 Continents.)

Reforming the rigged markets on Wall Street is not going to see any progress until someone like Senator Bernie Sanders or Senator Elizabeth Warren is elected President and appoints a real crime fighter to head the SEC instead of one of Wall Street’s lawyers as has been the case for far too long. It’s really that simple. 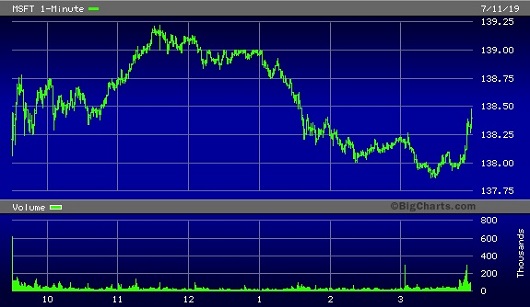 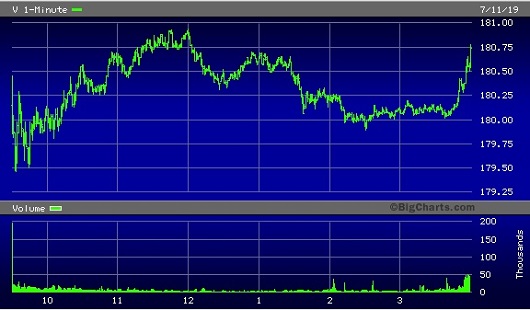