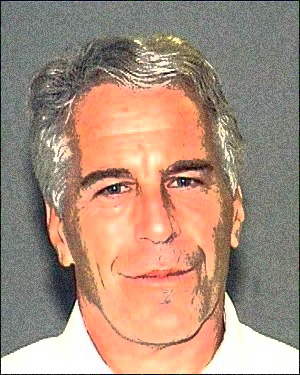 According to a database created by The International Consortium of Investigative Journalists containing files leaked from the law firm Appleby, Jeffrey Epstein, who is under indictment as a sex trafficker and assaulter of underage girls, was the Chairman of Liquid Funding Ltd. from November 9, 2001 to at least March 19, 2007. The offshore business had been incorporated in Bermuda on October 19, 2000 and according to the Fitch ratings firm, it had $6.7 billion in outstanding liabilities in 2006.

In a regulatory filing with the Securities and Exchange Commission in February 2003, Bear Stearns, the Wall Street investment bank that Epstein had resigned from under murky circumstances in 1981, confirmed that it was a 40 percent owner of Liquid Funding Ltd., writing as follows:

“At November 30, 2002, the Company had an approximate 40% equity interest in Liquid Funding, Ltd. (‘LFL’), a AAA-rated special purpose vehicle established to participate in the repurchase agreement and total return swap markets. A subsidiary of the Company acts as investment manager…”

The subsidiary that acted as investment manager for Liquid Funding Ltd. was Bear Stearns Bank Plc in Dublin, Ireland, which functioned outside of U.S. regulatory authority and was a wholly owned subsidiary of Bear Stearns Ireland Limited, which was wholly owned by the U.S.-regulated Bear Stearns Companies Inc.. The U.S.-based Bear Stearns was one of the myriad Wall Street banks that imploded during the financial crisis of 2008 and received both publicly-announced and secret bailouts from the Federal Reserve, the central bank of the United States, via its Wall Street compromised regional bank, the Federal Reserve Bank of New York.

Just who it was that owned the remaining 60 percent of Liquid Funding Ltd. is unknown at this time, but if the off-balance sheet structure follows the typical pattern, a number of those listed in the leaked documents as serving as a director or officer, including Epstein, are likely to have invested funds.

According to an October 24, 2006 announcement from the ratings agency, Fitch, Liquid Funding Ltd. was a Structured Investment Vehicle (SIV) — the same structure that played a major role in blowing up another major Wall Street bank, Citigroup, during the financial tsunami that cratered Wall Street in 2008. (See Law Firm that Silenced Harvey Weinstein Accusers also Involved in SIVs that Tanked Citigroup.)

According to Fitch, Liquid Funding Ltd. could issue liabilities up to $20 billion, made up of commercial paper, guaranteed investment contracts, medium term notes, and repurchase agreements. Both Fitch and Moody’s gave the medium-term notes to be issued by Liquid Funding a AAA-rating as well as gave it a AAA-rating as a counterparty. And, notably, both ratings agencies gave its commercial paper a Tier 1 rating, meaning that it could now end up in money market funds purchased by average Americans seeking a low-risk, liquid investment. (Until 2008, it was rare for money market funds to “break a buck,” meaning give back less than the original principal invested.)

While the ratings agencies acknowledged that they understood the entity could issue up to $20 billion in various instruments, Fitch reported in 2006 that “Liquid Funding is capitalized with $37 million in drawn equity commitments and $63 million in undrawn equity commitments….” We have found nothing, thus far, to explain how $100 million in equity could support $20 billion in liabilities (other than possibly the fact that Deutsche Bank is still alive). It can’t be that Bear Stearns was guaranteeing the liabilities because Bear stated in a regulatory filing that “The Company’s maximum exposure to loss as a result of its investment in this entity is approximately $5.0 million.”

The amount of toxic debris that had parked itself in supposedly safe money market funds in 2008 led to unprecedented action by the U.S. Treasury, which had to step in with a guarantee plan after a run commenced when it was learned that the bankrupt Lehman Brothers had sold its instruments to money market funds.

And that was just the beginning of bailing out the unprecedented greed and corruption that turned the Wall Street gambling casino into a ward of the U.S. taxpayer. If you were a hedge fund for billionaires or a foreign bank and the insolvent U.S. insurance company, AIG, owed you money because you failed to do your due-diligence in the selection of a derivatives counterparty, you got secretly bailed out at 100 cents on the dollar.

If you were Goldman Sachs and sold a billion dollar investment to clients after knowingly allowing John Paulson’s hedge fund to secretly stuff it with instruments designed to fail and then make $1 billion for the hedge fund by shorting the deal, you got off without any key executive going to jail. As for John Paulson, instead of being prosecuted, NYU’s Stern School of Business lauded him in their Alumni Magazine and named an auditorium after him after he sealed the deal with a $20 million donation.

If you were a completely insolvent bank like Citigroup, whose negligent board had allowed its former Chairman and CEO, Sandy Weill, to turn himself into a billionaire through Dracula stock options, you got an unprecedented taxpayer bailout plus a secret $2.5 trillion bailout from the Federal Reserve consisting of revolving loans made at close to a zero interest rate while the bank charged its struggling credit card customers over 19 percent interest. The Fed fought a multiple-year court battle to hide this outrage from the American people. And the guy who helped Citigroup at the New York Fed, Tim Geithner, moved up to become U.S. Treasury Secretary.

A partial accounting of the Fed’s secret actions only came to light as a result of an amendment tacked on to the Dodd-Frank financial reform legislation in 2010 by Senator Bernie Sanders, which forced the Government Accountability Office (GAO) to conduct a Fed Audit, which was released to the public on July 21, 2011.

What the public knew about the bailout of Bear Stearns, which potentially included Liquid Funding Ltd., prior to the Fed audit was the public announcement that JPMorgan Chase was buying the firm in 2008 in a fire sale and further details provided in the final report of the Financial Crisis Inquiry Commission (FCIC). The FCIC report explained that the Federal Reserve Bank of New York had created a Special Purpose Vehicle called Maiden Lane LLC that used proceeds from a $28.82 billion senior loan from the New York Fed and a $1.15 billion loan from JPMorgan Chase to purchase approximately $30 billion of Bear Stearns’ toxic assets on which JPMorgan Chase wanted the Fed to bear the brunt of any losses.

“At the end of each quarter, Bear would lower its leverage ratio by selling assets, only to buy them back at the beginning of the next quarter. Bear and other firms booked these transactions as sales—even though the assets didn’t stay off the balance sheet for long—in order to reduce the amount of the company’s assets and lower its leverage ratio. Bear’s former treasurer Upton called the move ‘window dressing’ and said it ensured that creditors and rating agencies were happy. Bear’s public filings reflected this, to some degree: for example, its 2007 annual report said the balance sheet was approximately 12% lower than the average month-end balance over the previous twelve months.”

When the GAO report came out, the secret $16 trillion feeding tube from the Federal Reserve was revealed, structured as revolving, low-cost loans to any bank, foreign or domestic, teetering or otherwise. Stunningly, the audit showed the Fed started the loans in December 2007 – long before the public knew there was a dangerous financial crisis – and it lasted until at least July 2010.

JPMorgan Chase closed its deal with Bear Stearns on May 31, 2008 but the GAO reported that Bear Stearns “was consistently the largest PDCF borrower until June 2008.” A download of the PDCF spreadsheet from the Fed shows that Bear Stearns continued to drink at its trough right up to June 23, 2008.

Was Liquid Funding Ltd., the entity chaired by Jeffrey Epstein long after he was already recognized as a sexual molester of minors, part of the Bear Stearns’ bailout by the Federal Reserve? It was reported to be 40 percent owned by Bear Stearns in multiple regulatory filings.

An announcement by Moody’s rating agency on April 18, 2008 further raises that suspicion. It states that “all outstanding rated liabilities” of Liquid Funding Ltd. have been “paid in full.” Moody’s explained as follows:

“…the withdrawal of the three ratings was in response to Liquid Funding’s request for withdrawal, in connection with the voluntary wind-down of Liquid Funding and following the payment and satisfaction in full of all outstanding rated liabilities of Liquid Funding. According to the Outstanding Detail Report issued by JPMorgan as of April 7, 2008 in its capacity as trustee, none of the rated debt issued under the global medium-term note program or the commercial paper note program was outstanding as of that date. Additionally, the Program Outstanding Report issued as of April 8, 2008 by the Bank of New York Mellon in its capacity as trustee showed that all transactions for which Liquid Funding was serving as counterparty have matured or been terminated.”

If JPMorgan Chase didn’t close on the deal to buy Bear Stearns until May 31, 2008, who paid off its debts in April? The reason Bear collapsed was because it couldn’t obtain adequate funding out of concerns over its finances.

Since JPMorgan Chase was so careful to put the Federal Reserve Bank of New York on the hook for the first $28.82 billion in losses from Bear Stearns, it doesn’t seem reasonable to think that it charitably picked up the tab for toxic assets hiding out in an offshore vehicle.

We’ll be making further inquiries into the matter.

Editor’s Note from Pam Martens: From 1996 to 2001, I was in and out of Federal Courts in New York attempting to overturn Wall Street’s private justice system called mandatory arbitration. Sexual assaults against young, vulnerable adult women working at Wall Street firms were being shielded from public scrutiny because deeply conflicted arbitrators beholding to Wall Street were allowed to function as judge and jury without any of the procedural protections of our nation’s courts. Other than keeping the case and the atrocities in front of the media for five years, myself and others were stymied by the same kind of cronyism and corruption that is so evident in the Epstein case. Wall Street has now morphed into such an entrenched culture of revolving doors and captured regulators and prosecutors that depravity has been defined down to such a point that we must now confront the horrors of not just sex trafficking of children within the borders of our own country but the horror of the credible allegation that Epstein turned other underage girls into recruiters of more underage girls in order to amuse his sexual depravity multiple times a day. Until a large segment of America recognizes that the moral fiber and financial stability of this country is under a real and dangerous threat from this kind of ingrained corruption, meaningful and lasting change will not occur.