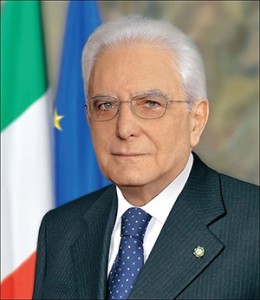 U.S. investors have returned this morning from a 3-day Memorial Day break for parades and barbecues to find that turmoil in European stock markets may serve up losses to U.S. portfolios. At 7:18 a.m. this morning, futures on the Dow Jones Industrial Average were projecting a loss of 191 points at the open of trading in the U.S.

The turmoil is rooted in a failed coalition government in Italy over the weekend with the prospect for Euro-sceptics gaining more power in a new Italian election in the fall. Italy’s finances are in no condition for a flailing government. It has over 2.3 trillion Euros in outstanding debt.

Last Friday the credit ratings agency, Moody’s, placed Italy’s sovereign debt rating under review for a possible downgrade. The rating is already weak at Baa2, just two rungs above junk bond status. Moody’s announcement of a review came as the coalition government, made up of the populist 5-Star Movement and the far-right League party had announced plans to cut taxes, boost spending and sidetrack a key pension reform measure.

Mounting concerns on Italian debt and the unstable government has spilled over into the credit default swap (CDS) market – the derivatives that played a pivotal role in the 2008 financial crisis. The spread on Italy’s five-year CDS traded at around 90 basis points in April and now resides in the 200-basis point range.

The failure of the coalition government over the weekend resulted from their selection of the controversial Euro-skeptic Paolo Savona as economy minister. Savona has previously called for Italy to exit the euro zone. Italian President Sergio Mattarella vetoed the choice of Savona, leading to the 5-Star Movement and League party to charge that the President was betraying voters. Luigi Di Maio, the Five Star leader, called for a mass protest by voters in Italy on June 2.

Big bank stocks in Italy have been particularly weak since Monday, outpacing the broader market declines. These Italian banks hold significant amounts of Italian sovereign debt. For much of this year, the largest Wall Street bank stocks have been shrugging off the deteriorating global debt situation, particularly the problems at a major derivatives counterparty, Deutsche Bank, in Germany. (See related article below.) In early morning trading, two Wall Street bank components of the Dow Jones Industrial Average (DJIA), JPMorgan Chase and Goldman Sachs, were off 1.60 and 1.70 percent, respectively. That was twice the percentage decline in the DJIA index of 30 large-cap stocks.