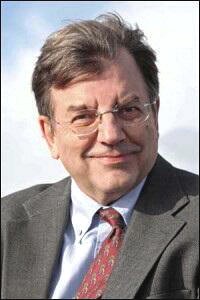 The riveting writer, Michael Hudson, has read our collective minds and the simmering anger in our hearts. Millions of American have long suspected that their inability to get financially ahead is an intentional construct of Wall Street’s central planners. Now Hudson, in an elegant but lethal indictment of the system, confirms that your ongoing struggle to make ends meet is not a reflection of your lack of talent or drive but the only possible outcome of having a blood-sucking financial leech affixed to your body, your retirement plan, and your economic future.

In his new book, “Killing the Host,” Hudson hones an exquisitely gripping journey from Wall Street’s original role as capital allocator to its present-day parasitism that has replaced U.S. capitalism as an entrenched, politically-enforced economic model across America.

This book is a must-read for anyone hoping to escape the most corrupt era in American history with a shirt still on his parasite-riddled back.

Hudson writes from his most powerful perch in chapters describing how these financial parasites have tricked our society into accepting them as a normal, productive part of our economy. (Since we write about these thousands of diabolical tricks four days a week at Wall Street On Parade, poignant examples came springing to mind with every turn of the page in “Killing the Host.” From the well-placed articles in the Wall Street Journal to a front group’s pleas for more Wall Street handouts in a New York Times OpEd, to the dirty backroom manner in which corporate speech was placed on a par with human speech in the Supreme Court’s Citizens United decision, to Wall Street’s private justice system and the Koch brothers’ multi-million dollar machinations to instill Ayn Rand’s brand of “greed is good” in university economic departments across America — America has become a finely tuned kleptocracy with a sprawling, sophisticated public relations base.)

How else to explain, other than kleptocracy, the fact that Wall Street’s richest mega banks collect the life insurance proceeds and tax benefits on the untimely deaths of their workers – all codified into law by the U.S. Congress – making death a profit center on Wall Street. Or, as Frontline revealed, that two-thirds of your 401(k) plan over a working lifetime is likely to be lost to financial fees.

Hudson writes: “A parasite’s toolkit includes behavior-modifying enzymes to make the host protect and nurture it. Financial intruders into a host economy use Junk Economics to rationalize rentier parasitism as if it makes a productive contribution, as if the tumor they create is part of the host’s own body, not an overgrowth living off the economy. A harmony of interests is depicted between finance and industry, Wall Street and Main Street, and even between creditors and debtors, monopolists and their customers.”

What has evolved, says Hudson, is that Wall Street banks have “become the economy’s central planners, and their plan is for industry and labor to serve finance, not the other way around.”

To gloss over the collapse of this depraved economic model in 2008, Hudson says these Wall Street central planners simply depict “any adverse ‘disturbance’ as being self-correcting, not a structural defect leading economies to fall further out of balance. Any given development crisis is said to be a natural product of market forces, so that there is no need to regulate and tax the rentiers.”

Similarly, when citizens rise up en masse to demand a realignment of their economy, as happened with the Occupy Wall Street movement, first the public relations masterminds dismiss them as an unhinged gathering of smelly hippies, followed by their violent eviction in the middle of the night, with military precision, by the Praetorian Guard of the kleptocracy. In Manhattan, the Praetorian Guard (NYPD) has a high-tech surveillance center mutually staffed by cops and Wall Street personnel – and mainstream media find nothing unusual about this.

Hudson correctly calls 2008 a “dress rehearsal,” writing that “Wall Street convinced Congress that the economy could not survive without bailing out bankers and bondholders, whose solvency was deemed a precondition for the ‘real’ economy to function. The banks were saved, not the economy.” Hudson adds that the “debt tumor” was left in place. (This is the nightmare we are presently watching unfold.)

The result of the systemic disabling of regulations on Wall Street has resulted in the following, says Hudson: “…the wealthiest One Percent have captured nearly all the growth in income since the 2008 crash. Holding the rest of society in debt to themselves, they have used their wealth and creditor claims to gain control of the election process and governments by supporting lawmakers who un-tax them, and judges or court systems that refrain from prosecuting them. Obliterating the logic that led society to regulate and tax rentiers in the first place, think tanks and business schools favor economists who portray rentier takings as a contribution to the economy rather than as a subtrahend from it.” (But, of course, those business schools are financially incentivized to think that way.)

The outgrowth of these tricks to make parasites appear to be a natural appendage to a well-functioning economy results in a “veritable Stockholm Syndrome.” Hudson explains:

“Popular morality blames victims for going into debt – not only individuals, but also national governments. The trick in this ideological war is to convince debtors to imagine that general prosperity depends on paying bankers and making bondholders rich – a veritable Stockholm Syndrome in which debtors identify with their financial captors.”

Hudson has much to say on the perversity of corporations buying back their own stock. In one chapter, Hudson writes:

“In nature, parasites tend to kill hosts that are dying, using their substance as food for the intruder’s own progeny. The economic analogy takes hold when financial managers use depreciation allowances for stock buybacks or to pay out as dividends instead of replenishing and updating their plant and equipment. Tangible capital investment, research and development and employment are cut back to provide purely financial returns.”

On the timely debate over wealth and income inequality, Hudson writes that “Asset-price inflation is the primary dynamic explaining today’s polarization of wealth and income. Yet most newscasts applaud daily rises in the stock averages as if the wealth of the One Percent, who own the great bulk of stocks and other financial assets, is a proxy for how well the economy is doing. What actually occurs is that financing corporate buyouts on credit factors interest payments and fees into the prices that companies must charge for their products.”

Where this leads, says Hudson, is that “Paying these financial charges leaves less available to invest or hire more labor. Likewise for the overall economy, the effect of a debt-leveraged real estate bubble and asset-price inflation is that interest payments and fees to bankers and bondholders leave less available to spend on goods and services. The financial overhead rises, squeezing the ‘real’ economy and slowing new investment and hiring.”

Hudson is clearly on to something. The U.S. seems to be crashing like clockwork every 8 years with the crashes gaining in intensity. The 2000 dot.com crash wiped $4 trillion out of investment accounts while, 8 years later, the 2008 crash brought down the whole financial system, the U.S. and global economy, and it’s still producing a dead weight on economic growth. Next year will mark the eighth year since the 2008 crash and if last week’s market convulsions were any indication, we’re in for some very rough sledding.

Chapter 8 of “Killing the Host” begins with this quotation from John Maynard Keynes: “When the capital development of a country becomes a by-product of the activities of a casino, the job is likely to be ill-done.” Hudson expands further:

“Instead of warning against turning the stock market into a predatory financial system that is de-industrializing the economy, [business schools] have jumped on the bandwagon of debt leveraging and stock buybacks. Financial wealth is the aim, not industrial wealth creation or overall prosperity. The result is that while raiders and activist shareholders have debt- leveraged companies from the outside, their internal management has followed the post-modern business school philosophy viewing ‘wealth creation’ narrowly in terms of a company’s share price. The result is financial engineering that links the remuneration of managers to how much they can increase the stock price, and by rewarding them with stock options. This gives managers an incentive to buy up company shares and even to borrow to finance such buybacks instead of to invest in expanding production and markets.”

The net result of this, says Hudson, is an effective “debt-financed takeover from within.”

“Consider the 449 companies in the S&P 500 index that were publicly listed from 2003 through 2012. During that period those companies used 54% of their earnings—a total of $2.4 trillion—to buy back their own stock, almost all through purchases on the open market. Dividends absorbed an additional 37% of their earnings.”

“This management strategy created financial wealth by elevating the stock price,” writes Hudson,  “not by producing more goods. Earnings per share rose not because companies actually earned more, but because there were fewer shares outstanding among which to spread the earnings. Many of the companies downsized and outsourced their employment and production. The immediate beneficiaries were corporate officers exercising their stock options.”

Hudson quotes another prolific writer on the subject of our bankster-controlled society, Paul Craig Roberts, who has noted the following about corporations buying back their own stock: “The debt incurred will have to be serviced by future earnings. This is not a picture of capitalism that is driving the economy by investment.”

Hudson says that what is happening today in corporate America is very different from the corporate raiders of the 1980s who used leveraged buyouts to gobble up companies. Today, says Hudson, “corporate executives raid their own company’s revenue stream. They are backed by self-proclaimed shareholder activists. The result is financial short-termism by managers who take the money and run. The management philosophy is extractive, not productive in the sense of adding to society’s means of production or living standards.”

Make no mistake about it: this is a dangerous book to the status quo. It is truth-telling at its finest in America’s darkest age of entrenched lies. Michael Hudson has clanged the alarm bells over more continuity government from the likes of Hillary Clinton and her fellow Wall Street Democrats. He’s also scuttled the chances that Donald Trump will be able to reengineer America from “Give me your tired, your poor, your huddled masses yearning to breathe free” to the evil fortress that kicks out infants by directing hatred and blame for America’s woes to impoverished immigrants running from their own leeches.

Hudson’s masterful book comes at the perfect juncture of stock market convulsions and an early election season when Americans are turning out by the tens of thousands to hear what the candidates for the Oval Office plan to do to return the wealth and the soul of America to the people.

“Killing the Host” is available as an e-book at CounterPunch and in print at Amazon.com.