Defining a Market Bubble: 5 U.S. Stocks Worth $1.88 Trillion and One of Them Can’t Figure Out How to Make Money 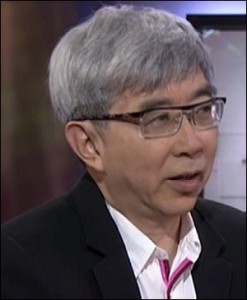 That big so-called rally at the market close yesterday was not a rally but a short squeeze. That’s when the hedge funds that have put on short positions size up the amount of stock for sale at the close of trading and, if the amount is light, they decide to close out their short positions by buying stock to cover. On Tuesday, there was approximately $3.5 billion in orders to sell at the close, resulting in the late day selloff. Yesterday, there was only about $500 million to sell, making it risky to hold short positions, thus the short squeeze driving the Dow up 619 points at the close.

Expect to see a lot more of these spikes, up or down, in the last two hours of trading.

Assessing just how large the bubble has grown in U.S. markets as a result of the Fed’s zero-bound interest rate strategy since December 2008, Tan Teng Boo, founder and CEO of Capital Dynamics appeared on a Bloomberg Television segment this morning and summed up our new market bubble in a few words. Boo said just five U.S. stocks — Apple, Google, Microsoft, Facebook, and Amazon  — are worth more than the Frankfurt, Germany stock market, which represents the fourth largest economy in the world.

All five of these stocks have one thing in common: they all trade on the Nasdaq stock market. That’s the market that gave you the 2000 bust that erased $4 trillion from investors’ pockets in dot-com and tech blowups as well as the stock market that oversaw a massive price rigging cartel for more than a decade.

On July 17, 1996, the U.S. Justice Department charged most of the largest firms on Wall Street (iconic brands like Merrill Lynch, JPMorgan and predecessor firms to Citigroup) with price fixing on Nasdaq. The firms were deemed so untrustworthy going forward that as part of its settlement the Justice Department required that some Wall Street traders’ phone calls be tape recorded when making Nasdaq trades. The Justice Department also gave itself the right to randomly show up and listen in on the traders’ calls.

Today, some of the same firms that were charged with price rigging on Nasdaq have been charged with similar cartel activity in rigging the Libor interest rate benchmark and/or foreign currency trading. But that has not prevented these firms from operating their own Dark Pools, effectively unregulated stock markets, where the highfliers mentioned above are traded in darkness.

Wall Street On Parade previously conducted a study of trading in Apple stock in Dark Pools for the weeks of May 26 through June 23, 2014. (Until last year, data on Dark Pool trading had not been available to the public.) We reported as follows on that study in June of this year:

“During that period, Dark Pools traded over 103.6 million shares of Apple stock. The heaviest week was the week of June 9, 2014 when 39.9 million shares traded in dark pools. Goldman Sachs was responsible for trading 2,444,350 shares of Apple that week in its Dark Pool, Sigma-X, and has been in the top tier of dark pools trading Apple stock in all subsequent weeks of our review period. (On July 1 of last year, the self-regulator, FINRA, administered a minor wrist slap to Goldman for what was clearly very serious pricing irregularities in its dark pool.)

“Goldman Sachs has also been an enabler to Apple taking on debt to finance its stock buybacks. Goldman Sachs was the co-lead manager with Deutsche Bank in April of 2013 when Apple launched a $17 billion corporate debt offering in order to buy back its shares and increase its dividend.  Apple’s $17 billion debt deal was the largest in corporate history at that point. Goldman was also Apple’s advisor in 1996 when the company was warding off bankruptcy and Goldman managed its $661 million convertible debt offering.

“Could taking on debt and buying back shares become an addiction? One year after the April 2013 $17 billion debt deal by Apple, Goldman Sachs and Deutsche Bank co-led another $12 billion debt offering for Apple in April of 2014. So far this year, Apple has issued $6.5 billion in debt in February and another $8 billion on May 6. Goldman Sachs & Co., Bank of America Merrill Lynch and J.P. Morgan were involved in Apple’s May offering, which was specifically earmarked for share buybacks and dividends.”

Another of the highfliers, Amazon, whose market cap is larger than AT&T, is still trying to figure out how to generate profits. Here’s a few headlines describing its struggles:

As for Facebook, all you need to know is that its Price-to-Earnings Ratio (PE Ratio) is an astronomical 88.97 at yesterday’s close.

One of the Bloomberg Television anchors who was interviewing Tan Teng Boo, Angie Lau, noted that those five stocks had led the big rally yesterday and said “those still seem like safe haven plays.”

Calling Apple and Amazon and Facebook “safe haven plays” is like comparing Donald Trump to the Dalai Lama. Let’s hope American investors are smarter today than they were going into the dot.com bust in 2000 and the 2008 crash.