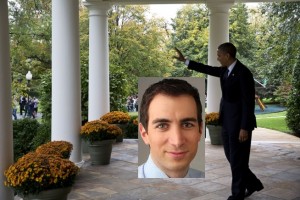 The current issue of Rolling Stone magazine has a one-on-one interview with President Obama.  Reading the interview, it became quickly clear how incredibly lax the New York Times was in failing to respond to repeated requests to correct a mountain of false facts that appeared in an Andrew Ross Sorkin article of May 21, 2012.  President Obama is now repeating the same utterly bogus information for even wider distribution.

This is no small matter.  Honing in on what genuinely caused the financial crash of 2008 is critical to understanding its roots and thus enabling the nation to write proper reform legislation.

This is what Andrew Ross Sorkin falsely claimed in his column in May:

“Let’s look at the facts of the financial crisis in the context of Glass-Steagall.

Here is the President of the United States addressing the issue of financial reform and regurgitating Sorkin’s false information in the current  interview with Rolling Stone:

“I’ve looked at some of Rolling Stone‘s articles that say, ‘This didn’t go far enough, we didn’t institute Glass-Steagall’ and so forth, and I pushed my economic team very hard on some of those questions. But there is not evidence that having Glass-Steagall in place would somehow change the dynamic. Lehman Brothers wasn’t a commercial bank, it was an investment bank. AIG wasn’t an FDIC-insured bank, it was an insurance institution. So the problem in today’s financial sector can’t be solved simply by reimposing models that were created­ in the 1930s.”

And, here are the accurate facts as we published in this space, as well as at AlterNet on July 2, 2012:

‘Merrill Lynch conducts banking in the United States through two depository institutions – Merrill Lynch Bank USA, a Utah industrial loan corporation; and Merrill Lynch Bank and Trust, a New Jersey state non-member bank. We also own a federal savings bank that offers personal trust services to our clients. And we conduct significant banking activities outside the United States through banks in London, Dublin, Switzerland, and elsewhere. The combined balance sheet of our global banks is approximately $100 billion.’

“Bear Stearns owned Bear Stearns Bank Ireland, which is now part of JPMorgan and called JPMorgan Bank (Dublin) PLC. According to JPMorgan, ‘It is the only EU passported bank in the non-bank chain of JPMorgan and provides the firm with direct access to the European Central Bank repo window. It has also been added to the JPMorgan Jumbo issuance programs to issue structured securities for distribution outside the United States.’

“As for the statement that AIG was ‘an insurance company that was also unrelated to Glass-Steagall,’ one has the initial reaction to cancel one’s subscription to the New York Times. AIG owned, in 2008 at the time of the crisis, the FDIC insured AIG Federal Savings Bank. On June 30, 2008, it held $1 billion in assets. AIG also owned 71 U.S.-based insurance entities and 176 other financial services companies throughout the world, including AIG Financial Products which blew up the whole company selling credit default derivatives. What this has to do with Glass-Steagall is that the same deregulation legislation, the Gramm-Leach-Bliley Act that gutted Glass-Steagall in 1999, also gutted the 1956 Bank Holding Company Act and allowed insurance companies and securities firms to be housed under the same umbrella in financial holding companies.”

Today, strong voices around the globe are calling for the restoration of the Glass-Steagall Act.  We wholeheartedly support that view.  Before the President of the United States can offer an informed opinion on the need for the Glass-Steagall Act, he needs to accurately assess the facts. Clearly, those facts can no longer come from reading the newspaper.

After multiple requests to the New York Times, we are once again today asking its Public Editor to correct the Sorkin article.  We’ll do the same at Rolling Stone and update this article should corrections emerge.