If a Stockbroker Had Jamie Dimon’s BrokerCheck Record, He’d Be Unemployable on Wall Street 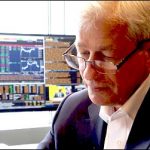 The last thing that a stockbroker on Wall Street wants to have on his BrokerCheck record is a “Disclosure” item. BrokerCheck is the database maintained by Wall Street’s self-regulator, FINRA, which allows the public to peruse the past history of someone they might be considering doing investment business with on Wall Street.

A “Disclosure” item means that a complaint has been brought against you and it describes the nature of the complaint and the status.

In our more than three decades of using BrokerCheck, we have never seen a broker still employed with any major Wall Street firm who has listed even one criminal charge, let alone four – until we looked up the BrokerCheck Record for the Chairman and CEO of JPMorgan Chase, Jamie Dimon. 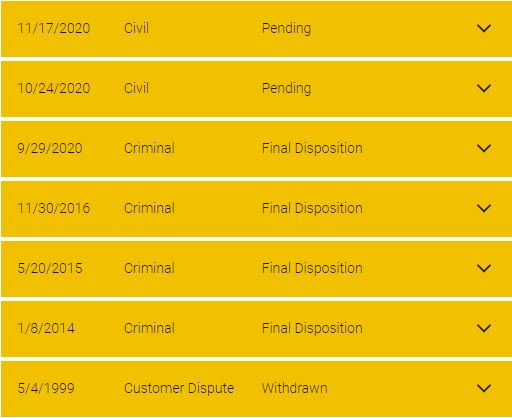 Under the criminal cases, Dimon points out that he is disclosing the information because “he may be deemed to have exercised control over JPMC [JPMorgan Chase]….” Dimon also notes that the charges do not refer to his personal conduct.

Dimon sits at the helm of the largest bank in the United States. Unfortunately, it is also the riskiest and one of the most complex banks in the United States. As a result of the repeal of the Glass-Steagall Act by Congress in 1999, mega banks on Wall Street like JPMorgan Chase are allowed to function as both giant trading houses as well as to hold trillions of dollars in federally-insured deposits, which the U.S. taxpayer in on the hook for if the bank fails.

According to the most recent data at the Office of the Comptroller of the Currency, JPMorgan Chase had $3.8 trillion in assets as of June 30. According to the bank’s annual report, as of December 31, 2021 it held $2.46 trillion in deposits. Those deposits belong to moms and pops across America; to small businesses; to nonprofits; to public pension funds attempting to provide a secure retirement for teachers, firefighters, police officers, electricians and so forth; and to large corporations.

We can assure you that none of the depositors listed above want to click on BrokerCheck and see four criminal cases sitting under the profile of the man with the ultimate responsibility for how the bank operates. Which raises the obvious question: why have federal regulators and the Board of Directors of the bank allowed Jamie Dimon to continue as Chairman and CEO with this kind of criminal history generated under his leadership? The revolving door answers the question as to the regulators; financial entanglements between the Board and the bank may explain why the Board hasn’t fired Dimon. (See here and here.) The obsequious coverage of Dimon by mainstream media has also helped Dimon survive.

The September 29, 2020 criminal charges refer to the U.S. Department of Justice bringing two felony counts against JPMorgan Chase for “tens of thousands of instances of unlawful trading in gold, silver, platinum, and palladium…as well as thousands of instances of unlawful trading in U.S. Treasury futures contracts and in U.S. Treasury notes and bonds….” Notice carefully how “tens of thousands of instances” result in just two felony charges. Also note that rather than prosecute the bank, the bank is given a Deferred Prosecution Agreement by the Justice Department, effectively being put on probation and paying a big fine.

The criminal case disposed of on May 20, 2015 was for the bank’s role in a cartel that engaged in rigging foreign exchange markets. The bank pled guilty, agreed to a $550 million fine; and was put on probation for three years.

The criminal case listed with a disposition date of January 8, 2014 is described as “Failure to maintain an effective anti-money laundering program….” That hardly captures the nature of the crime. The bank was intimately involved in facilitating the crime of the century – Bernie Madoff’s Ponzi scheme. The bank had maintained the business account for Madoff for years and ignored repeated red flags. See our detailed report: JPMorgan and Madoff Were Facilitating Nesting Dolls-Style Frauds Within Frauds.

Despite the staggering nature of these crimes, they are barely a drop in the larger crime bucket at this bank. See our more comprehensive rap sheet here.

The serial nature of the crimes at JPMorgan Chase during Dimon’s tenure caught the attention of two trial lawyers, Helen Davis Chaitman and Lance Gotthoffer, who authored the 2016 book, JPMadoff: The Unholy Alliance between America’s Biggest Bank and America’s Biggest Crook. Chapter Five of the book is titled: “The Case for Prosecuting Officers of JPMorgan Chase Under RICO.” The trial lawyers write:

“This country cannot move forward with integrity until it faces the fact that bankers have criminalized the financial services industry. We, the people, have to demand an honest government that enforces the law, even against super rich criminals. As Robert Kennedy said, ‘Every society gets the kind of criminal it deserves. What is equally true is that every community gets the kind of law enforcement it insists on’…If Jamie Dimon is running a criminal institution, he should be prosecuted for it. And law enforcement has the perfect tool for such a prosecution: the Racketeer Influenced and Corrupt Organizations Act (‘RICO’).”

In addition to a trading license, BrokerCheck also shows that Dimon has passed the Series 24 General Securities Principal Examination. That means that Dimon is allowed to supervise other traders. As we previously reported, when the London Whale derivatives scandal came to light at JPMorgan Chase in 2012, it turned out that Ina Drew, the woman who had been supervising the bank’s derivative traders in London, held no trading license or supervisory license.

Drew testified about the London Whale matter before the U.S. Senate’s Permanent Subcommittee on Investigations on March 15, 2013. Drew told the members of the Subcommittee that beginning in 1999, she “oversaw the management of the Company’s core investment securities portfolio, the foreign-exchange hedging portfolio, the mortgage servicing rights (MSR) hedging book, and a series of other investment and hedging portfolios based in London, Hong Kong and other foreign cities.”

Drew indicated that the investment securities portfolio exceeded $500 billion during 2008 and 2009 and as of the first quarter of 2012 was $350 billion. But during the 13 years that Drew supervised billions of dollars of securities trading, she had neither a securities license nor a principal’s license to supervise others who were trading securities. (See our exclusive report: Jamie Dimon’s Top Women and Their Missing Licenses.)

To paraphrase Robert Kennedy, is this the kind of banking system America deserves? Are Americans failing to demand better?