VEB, the Russian Bank Sanctioned by Biden Yesterday, Has an Uncomfortable History with Jared Kushner, JPMorgan and Citigroup 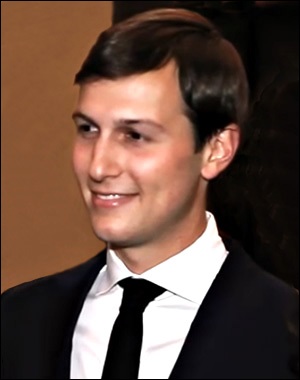 Yesterday, President Biden announced a roster of sanctions against Russia over its aggression against Ukraine. (A much broader set of sanctions is planned against Russia by the U.S. and its allies if there is a full-scale invasion of Ukraine by Russia, according to U.S. government officials.) One of the entities sanctioned yesterday was state-owned Russian bank Vnesheconombank (VEB).

In a related statement on the sanctions by the U.S. Treasury, it describes VEB as follows:

“VEB’s $53 billion asset portfolio makes it large enough to be among Russia’s top five financial institutions. VEB occupies a unique role in Russia’s financial system as the servicer of Russia’s sovereign debt, financier for exports, and a funding source for investment projects with a loan portfolio of over $20 billion. VEB finances Russia’s national economic development, including large-scale projects to develop domestic infrastructure and other industries that are critical to Russia’s generation of revenue.”

The problem is that VEB has already been under U.S. sanctions since July 16, 2014 as a result of Russia’s earlier efforts to destabilize eastern Ukraine and its occupation of Crimea. Those sanctions did not work out so well.

In 2017 Wall Street On Parade reported that some of the biggest U.S. mutual fund families, including JPMorgan, PIMCO, Putnam, Fidelity and Vanguard, were sitting with hundreds of millions of dollars of that sanctioned Russian bank’s bonds and notes in their mutual fund portfolios. (That exposure has materially changed since that time. As of December 31, 2021, U.S. mutual funds’ holdings of VEB debt were negligible.)

Then there was the December 2016 meeting by VEB’s then Chairman, Sergey Gorkov, a former intelligence officer appointed by Russian President Vladimir Putin, with Jared Kushner, then President-elect Donald Trump’s son-in-law and advisor. Reuters reported in May 2017 that “FBI investigators are examining whether Russians suggested to Kushner or other Trump aides that relaxing economic sanctions would allow Russian banks to offer financing to people with ties to Trump, said the current U.S. law enforcement official.”

In June 2017 the New York Times reported that when Gorkov came to Manhattan to meet with Kushner in December 2016, he also “met with bankers at JPMorgan Chase, Citigroup and another, unidentified American financial institution.” The article notes that “Goldman Sachs bankers also tried to arrange a meeting but ultimately had a scheduling conflict.”

The same New York Times article includes a curious sentence: “Citi and JPMorgan had long, established relationships clearing financial transactions for VEB in the United States, activities not affected by the sanctions.”

If the U.S. was dead serious about imposing meaningful sanctions on Russia, why would it allow two of the largest global banks in the U.S. to continue clearing financial transactions for a state-owned Russian bank on a U.S. sanctions list?

It was not at all clear how the New York Times had made that determination. According to the exact language of the sanctions, any transactions between U.S. banks and VEB may have been unlawful or, at the very least, frowned upon by the U.S. government.  The sanctions, imposed on July 16, 2014, read as follows:

“In response to Russia’s continued attempts to destabilize eastern Ukraine and its ongoing occupation of Crimea, the U.S. Department of the Treasury today imposed a broad-based package of sanctions on entities in the financial services, energy, and arms or related materiel sectors of Russia…

“Today, Treasury Secretary Jacob J. Lew determined that persons operating within Russia’s financial services sector may now be subject to targeted sanctions. Following Secretary Lew’s determination, Treasury imposed measures prohibiting U.S. persons and persons within the United States from transacting in, providing financing for, or otherwise dealing in new debt of longer than 90 days maturity or new equity for Gazprombank OAO and VEB, their property, or their interests in property. As a practical matter, this step will close the medium- and long-term U.S. dollar lending window to these banks, and will impose additional significant costs on the Russian Government for its continued activities in Ukraine.”

Both Citigroup and JPMorgan Chase were involved in large scale debt issuance for VEB prior to the sanctions. Reuters reported in 2010 that the two banks were among the bookrunning managers for $1.6 billion in VEB Finance Loan Participation Notes.