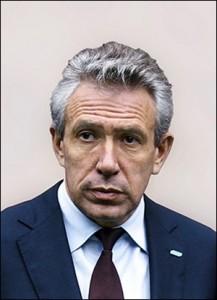 The 2017 Memorial Day weekend will inevitably go down in history as the three-day span when remembrances of our military veterans took a media backseat to President Trump’s son-in-law, Jared Kushner, and everything Russian.

One of the key areas under multiple probes is a meeting Kushner held in December with Sergey Gorkov, the Chairman of Vnesheconombank (VEB), a Russian state-owned bank which has been under U.S. sanctions since July 2014 for Russia’s annexation of Crimea and aggression in Ukraine. What this meeting was about has yet to be officially determined.

Reuters reported on Saturday that “FBI investigators are examining whether Russians suggested to Kushner or other Trump aides that relaxing economic sanctions would allow Russian banks to offer financing to people with ties to Trump, said the current U.S. law enforcement official.”

Financial dealings with a Russian bank that remains under U.S. sanctions can result in serious penalties – or not. Wall Street On Parade conducted research into filings made at the Securities and Exchange Commission for fixed income securities issued by Vnesheconombank and found that some of the biggest names in Wall Street banking and mutual funds in the U.S. hold, cumulatively, hundreds of millions of dollars in notes and bonds issued by the Russian bank.

Fidelity Advisor’s Emerging Markets Income Fund shows it held more than $62 million in VEB fixed income securities as of December 31, 2016. Various Deutsche Bank mutual funds that operate in the U.S. own tens of millions of dollars of VEB debt securities. JPMorgan’s Emerging Markets Debt Fund shows that as of November 30, 2016, it held $20.5 million in VEB debt securities, although, curiously, it has the position assigned to its Ireland holdings. Other big mutual fund names showing VEB assets are PIMCO, Putnam, and Vanguard.

The U.S. mutual funds are apparently able to continue to hold these assets because of the wording of the U.S. Treasury’s sanction announcement that was issued on July 16, 2014. The sanction order prohibited “new financing” to VEB but was silent on what banks should do with the hundreds of millions of dollars of VEB securities already in their portfolios.

“VEB is a Russian state-owned financial institution that acts as a development bank and payment agent for the Russian government. It was formed June 8, 2007, pursuant to Russian federal law and is the legal successor to Vnesheconombank of the USSR, which was a specialized Russian state bank…VEB acts as an agent for the Russian Government for the purposes of accounting, servicing, and repaying the sovereign debts of the former USSR and Russia; accounting, servicing, and repaying government loans issued by the former USSR and Russia to foreign borrowers; collecting debts from legal entities of Russia and municipal governments; providing and executing state guarantees of Russia and monitoring projects implemented by Russia with involvement of international financial institutions.”

The ability of VEB to shore up private debt by “executing state guarantees” is something that has garnered the attention of Congress. Last week Congresswoman Maxine Waters, the Ranking Member of the House Financial Services Committee and four of her colleagues sent the CEO of Deutsche Bank, John Cryan, a letter that specifically inquired into that matter, along with queries as to why Deutsche Bank continued to make loans to Donald Trump when most other major Wall Street banks refused as a result of his multiple business bankruptcies. The letter demanded the following information:

“…Congress remains in the dark on whether loans Deutsche Bank made to President Trump were guaranteed by the Russian Government, or were in any way connected to Russia. It is critical that you provide this Committee with the information necessary to assess the scope, findings and conclusions of your internal review.”