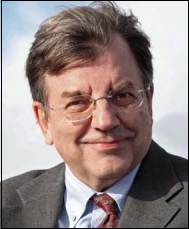 Even within economic circles, there is a growing nervousness that the Federal Reserve, the central bank of the United States – with the power to electronically create money out of thin air, bail out insolvent Wall Street megabanks, balloon its balance sheet to $8.8 trillion without one elected person on its Board while the U.S. taxpayer is on the hook for 98 percent of that, and allow its Dallas Fed Bank President to make directional bets on the market by trading in and out of million dollar S&P 500 futures during a declared national emergency – has carved out a no-law zone around itself.

The latest ruckus stems from the Fed’s release on December 30 of the names of the 23 Wall Street trading houses and the billions they borrowed under its cumulative $11.23 trillion emergency repo loan facility that the Fed launched on September 17, 2019 – four months before the first case of COVID-19 was reported in the United States by the CDC on January 20, 2020. (The $11.23 trillion figure represents the cumulative amounts borrowed from September 17, 2019 to the conclusion of the program on July 2, 2020. The Fed has thus far released the names of the banks and amounts borrowed for the last 14 days of September 2019 and the final quarter of 2019.)

On January 3, Wall Street On Parade published an article titled: There’s a News Blackout on the Fed’s Naming of the Banks that Got Its Emergency Repo Loans; Some Journalists Appear to Be Under Gag Orders.

The day after the article ran, we got a call from the well-known economist Michael Hudson. We explored the Fed’s actions in some detail with Hudson since he planned to discuss the article in an interview he had scheduled with Ed Norton on the topic of “What Is Causing So Much Inflation.” (You can watch the program and read the transcript here.)

Hudson is the Distinguished Research Professor of Economics at the University of Missouri, Kansas City, and a prolific author. His most recent books include Super-Imperialism: The Economic Strategy of American Empire; ‘and forgive them their debts’; J is for Junk Economics; Killing the Host, which Wall Street On Parade reviewed here, among numerous others.

In the interview with Hudson, Norton reads the following from the January 3 Wall Street On Parade article:

“The Federal Reserve released the names of the banks that had received $4.5 trillion” – that is trillion with a T – “in cumulative loans in the last quarter of 2019 under its emergency repo loan operations for a liquidity crisis that has yet to be credibly explained.”

Norton notes that among the large borrowers under the Fed’s repo loan facility in 2019 were JPMorgan Chase, Goldman Sachs and Citigroup (it was their trading affiliates) and these were “three of the Wall Street banks that were at the center of the subprime and derivatives crisis in 2008 that brought down the U.S. economy.”

Norton then asks Hudson “why was the Fed giving trillions of dollars to these large Wall Street banks. And why was there a liquidity crisis? That’s unexplained. Why did the Fed refuse to release the names of these banks? And was there a financial crisis before COVID that the U.S. government later was able to blame on COVID, but it was actually a financial crisis in the making?”

What Hudson says next will take your breath away, both for its insightfulness and its candor.

Hudson: “There was actually no liquidity crisis whatsoever. And Pam Martens is very clear about that. She points out the reason that the regular newspapers don’t report it is the loans violated every element of the Dodd-Frank laws that were supposed to prevent the Fed from making loans to particular banks that were not part of a liquidity crisis.

“In her article, she makes very clear by pointing out these three banks, Chase Manhattan, Goldman Sachs – which used to be a brokerage firm – and Citibank, that the Federal Reserve laws and the Dodd-Frank Act explicitly prevent the Fed from making loans to particular banks.

“It can only make loans if there’s a general liquidity crisis. And we know that there wasn’t at that time, because she lists the banks that borrowed money, and there were very few of them…”

Let’s pause here for a moment to expand on this. The Fed is perfectly able to make loans to individual depository banks under its Discount Window. That’s been its role since its creation – as a lender of last resort to depository banks. But beginning with the financial crisis of 2008, with no authority from Congress, the Fed just decided willy nilly that it would bail out the trading houses on Wall Street, even going so far as to funnel tens of billions of dollars to their trading units in London, according to the government audit that was released in 2011.

The Federal Reserve Act has long banned the Fed from making loans without good collateral or to insolvent institutions. But in 2008 the Fed secretly made $2.5 trillion in cumulative loans to Citigroup, when it was insolvent for much of that time. Under the Fed’s 2008 Primary Dealer Credit Facility, it was accepting junk bonds and stocks as collateral at a time when both were collapsing in value. That was certainly not “good collateral.”

In addition, according to the government audit, two-thirds of the $8.9 trillion that the Fed pumped out of its Primary Dealer Credit Facility, went to just three Wall Street trading houses: Citigroup, Morgan Stanley and Merrill Lynch.

According to the Federal Deposit Insurance Corporation, as of June 30 of last year there were 4,951 commercial banks and savings associations (depository institutions) in the United States which have federal deposit insurance. But the Fed’s repo loan program in the fall of 2019 and first half of 2020 went to just 23 trading houses on Wall Street. To the rational mind, that doesn’t sound “broad based.”

Hudson explains how that was allowed to happen in the continuing interview:

“Well, what happened, apparently, was that while the Dodd-Frank Act was being rewritten by the Congress, Janet Yellen changed the wording around and she said, ‘Well, how do we define a general liquidity crisis?’ Well, it doesn’t mean what you and I mean by a liquidity crisis, meaning the whole economy is illiquid.

“She said, ‘If five banks need to borrow, then it’s a general liquidity crisis.’ Well, the problem, as she [Martens] points out, is it’s the same three big banks, again and again, and again and again.

“And these are not short-term loans. She [Martens] points out that they were 14-day loans; there were longer loans. And they were rolled over, not overnight loans, not day-to-day loans, not even week-to-week loans. But month after month, the Fed was pumping money into JP Morgan and Citibank and Goldman.

“But then she [Martens] points out that, or at least she told me, that these really weren’t Citibank and Morgan and Chase; it was to their trading affiliates. Now this is exactly what Dodd-Frank was supposed to prevent.

“Dodd-Frank was supposed to protect the depository institutions by trying to go a little bit to restore the Glass-Steagall Act that Clinton and the Obama thugs that came in to the Obama administration all got rid of. [Editor’s Note: We suspect, but can’t say for sure, that Hudson might be thinking about Robert Rubin when he says “Obama thugs.”]

“So I think the reason that the newspapers are going quiet on this is the Fed broke the law. And it wants to continue breaking the law.

“And that’s why these Wall Street banks fought so hard to get the current head of the Fed reappointed, [Jerome] Powell, because they know that he’s going to do what [Timothy] Geithner did under the Obama administration. He’s loyal to the New York City banks, and he’s willing to sacrifice the economy to help the banks.”

Since September 18, 2019, the day after the Fed first intervened in the repo loan market, Wall Street On Parade has written more than 150 articles on this subject in real time (archived here), sharing with our readers how the Fed was continuously ramping up this program in terms of both amounts loaned and the duration of the loans.

What started out as one-day (overnight) loans, which is the normal repo market, morphed into 14-day loans, then 42-day loans and 28-day loans under the Fed’s program. There is no other way to look at this than that some of these firms couldn’t get their hands on longer-term loans from any place but the Fed. But instead of allowing the free market to respond, the Fed performed another bailout and went completely against the legislative intent of Congress.

The Fed has now decided to give itself, with no vote in Congress, the right to permanently run its own Standing Repo Facility with a daily loan cap of $500 billion – half a trillion dollars – that it can loan out to the trading houses on Wall Street on any weekday — or every weekday. (On Fridays they will be 3-day loans to cover the weekend.)

The Fed has indicated that it plans to broaden the firms that can borrow under this facility beyond its 24 Primary Dealers. Two additional eligible borrowers that it named in late December were Goldman Sachs Bank USA and Citigroup’s Citibank, the federally-insured affiliates of two of its existing Primary Dealers. These two Wall Street institutions would thus be able to gobble up more of the $500 billion daily bucket because they could make twice the amount of daily loan requests.

Why would these two Wall Street firms need a quick feeding tube directly from the New York Fed’s electronically created money machine? According to the latest report from the Office of the Comptroller of the Currency, for the third quarter of 2021, Goldman Sachs Bank USA had $387 billion in assets versus $48 trillion (yes, trillion) in notional (face amount) derivatives. Citibank had $1.7 trillion in assets versus $44 trillion in notional derivatives.

Citibank’s parent, Citigroup, blew itself up in 2008 on subprime debt and derivatives and became a 99-cent stock in the spring of 2009. The Fed secretly resuscitated it despite its insolvency.

The New York Fed also sponsors “advisory committees” where the banks criminally-charged with rigging markets get to determine “best practices” for their segment of the markets. If this sounds too Orwellian even for this era of crony-capitalism, read the gory details here.

For just how tone deaf the Fed has become to the sensibilities of the average American, read our article: Despite Its Five Felony Counts, the Federal Reserve Has Entrusted $2 Trillion in Bonds to JPMorgan Chase.

Unfortunately, instead of being the gatekeepers of our democracy, the mainstream media continues its news blackout of this story. It’s a shocking and disturbing and shameful surrender to powerful interests.