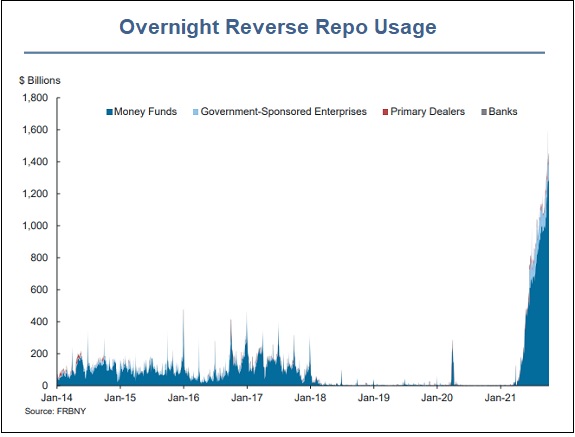 Last year, during the financial crisis, Fed Chairman Jerome Powell held five confidential phone calls with BlackRock’s Chairman and CEO Larry Fink. The first call on March 19 lasted 30 minutes; there were two calls in April, one on April 3 and one on April 9, both lasting 15 minutes. A phone call between Powell and Fink on May 13 lasted 30 minutes; and one on November 20 lasted 10 minutes.

That’s a total of 100 minutes that the Chairman of the central bank of the United States spent on the phone with the man who heads the company that is also managing a large portion of Powell’s wealth through its iShares Exchange Traded Funds. The dates and times of the phone calls come from Powell’s publicly-released daily calendars.

Powell’s phone calls with Fink continued this year. On February 5, Powell held a 30-minute phone call with Fink. On March 1 of this year, there was a bizarre hour-long virtual meeting between Fink and the Board of Governors of the Federal Reserve and Fed staff. (Powell’s daily calendars are only currently available through August of this year.)

There is the growing impression that Fink is functioning in a consultant capacity to the Federal Reserve while his company, BlackRock, also manages a significant part of Powell’s wealth. See our earlier report: BlackRock Authored the Bailout Plan Before There Was a Crisis – Now It’s Been Hired by three Central Banks to Implement the Plan.

The Fed also gave BlackRock three no-bid contracts in 2020 to manage the Fed’s corporate bond buying programs. Under those contracts, BlackRock was allowed to buy up its own Exchange Traded Funds.

The Fed announced on June 16 that it was going to begin paying 0.05 percent interest on its overnight Reverse Repos. Its previous rate had been a big, round zero. That one-day rate of 0.05 percent is incredibly high considering that the six-month Treasury bill is yielding the exact same 0.05 percent, as of this morning.

At the time of the Fed’s announcement in June, Credit Suisse’s Zoltan Pozsar wrote this:

“…the Fed made a policy error: it’s one thing to raise the rate on the RRP facility when an increase was not strictly speaking necessary, and it’s another to raise it ‘unduly’ high – as one money fund manager put it, ‘yesterday we could not even get a basis point a year; to get endless paper at five basis points from the most trusted counterparty is a dream come true.’ ”

You could call it a “dream come true” or you could also call it the Fed subsidizing privately-owned money market funds.

The Reverse Repo operation, known as ON RRP (for Overnight Reverse Repurchase Agreement) is operated out of the New York Fed – as is almost all trading activity by the Federal Reserve, including its massive Wall Street bailout programs of 2008 and 2020.

The way a Reverse Repo works is like this: the Open Market Trading Desk at the New York Fed sells a security (typically a Treasury security) to one of its approved counterparties with an agreement to repurchase the same security at a specified price at a specific time in the future, typically the next day. The difference between the sale price and the repurchase price, adjusted for the length of time between the sale and purchase, is the implied rate of interest.

BlackRock’s Institutional FedFund money market admits that its yield is being subsidized. It notes on its fact sheet that the unsubsidized yield would be negative at -0.11 percent. It also reports that 39.74 percent of its portfolio holdings are the Reverse Repos from the New York Fed.

BlackRock’s Institutional Liquid T-Fund is even more curious. Its fact sheet says its 1-day, 7-day and 30-day yield is just 0.01 percent. The fact sheet also shows that 43.96 percent of its portfolio holdings are the Reverse Repurchase Agreements with the New York Fed and that its “unsubsidized” yield would be a negative -0.12 percent.

Fed Chair Jerome Powell having so much of his wealth managed by BlackRock while BlackRock gets all of these sweet deals from the Fed is certainly worthy of being added to any comprehensive investigation of the conflicts of interest among Fed officials.

But it should also be noted that BlackRock’s money market funds are not the only ones whose yields are being subsidized by the Fed. According to Crane Repo Data, as of September 30, the following money market funds were also among the major users of that generous 0.05 percent payout from the Fed on its Reverse Repos. (The dollar amounts in parenthesis represent how much each fund holds in New York Fed Reverse Repos as of September 30, 2021.)

The Fed has been raising eyebrows as its Overnight Reverse Repos have skyrocketed to a daily total of over $1.4 trillion from being virtually nonexistent a year ago. The Crane Repo Data notes that money market funds are holding almost all of that $1.4 trillion in Fed Reverse Repos. (See chart above.)

The overarching question is how much of that 0.05 percent payout from the Fed is going into subsidizing corporate profits at these firms headed by billionaires?