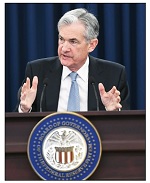 The culture of Wall Street has now completely engulfed the Fed: it’s legal if you can get away with it.

For more than five years the President of the Dallas Fed, Robert Kaplan, was trading like a hedge fund kingpin in “over $1 million” transactions in S&P 500 futures while refusing to follow the requirements of the Fed’s financial disclosure form and list the specific dates of his purchases and sells so that the transactions could be examined for whether he had inside information from the Fed at the time. That information is now as much as five years overdue to the American people and we have asked the Dallas Fed to provide it promptly.

The Dallas Fed further hampered the free press in America from doing its job by refusing to answer our simple question as to whether Kaplan was shorting stocks or S&P 500 futures during the pandemic crisis in 2020.

Then the Dallas Fed Board of Directors released a statement on Monday saying that Kaplan “sold all of his personal holdings related to financial institutions over which the Federal Reserve had regulatory oversight,” when he joined the Dallas Fed. On Tuesday we published documented proof that Kaplan continued to own  four proprietary products from Goldman Sachs, one of which is so opaque that it hasn’t even filed a prospectus or offering memorandum with the Securities and Exchange Commission. (Goldman Sachs has been under Federal Reserve regulatory oversight since September 21, 2008 when it became a bank holding company in order to claim its share of the bailout money the Fed was secretly showering on the trading houses on Wall Street.)

Now it turns out that Boston Fed President Eric Rosengren’s wife had a $150,000 to $500,000 “Secured Loan for Investment” with Citigroup’s federally-insured bank, Citibank. Rosengren’s financial disclosure form shows that all 68 of his purchases and sells in individual stocks and REITs in 2020 occurred in his joint account with his spouse.

It had been more than 72 hours since we asked the Boston Fed to clarify for us if this was a margin loan used by the Rosengrens to trade stocks. This morning we received a response from the Boston Fed saying we should receive an answer by midday today. We will update this article when we receive that promised response.

The Boston Fed’s Code of Conduct prohibits the following: “an employee with regular and ongoing access to Class I FOMC information may not own or control, directly or indirectly, any debt or equity interest in a primary government securities dealer or an entity that directly or indirectly controls a primary dealer. The employee is regarded as controlling any debt or equity interest held by the employee’s spouse or minor child.” (Italics emphasis added.)

Mortgage loans on a primary residence and credit cards from Fed supervised financial institutions are generally allowed at all of the regional Fed banks for its employees, provided the terms are not more preferential than they would be for the general public.

Citigroup is a supervised entity of the Federal Reserve and owns the primary dealer, Citigroup Global Markets. Citigroup was the largest recipient of the Fed’s bailout facilities during and after the 2008 financial crash, receiving over $2.5 trillion in cumulative loans according to the Government Accountability Office’s (GAO) audit of the bailout facilities. The Federal Reserve is not allowed to make loans to insolvent institutions, which Citigroup was for much of that time, but the Fed thumbed its nose at the law and made the loans to Citigroup anyway. (On Wall Street, it’s legal if you can get away with it.) The man who oversaw much of that loan activity to Citigroup, Tim Geithner, who was then President of the New York Fed, was rewarded with the plum job of U.S. Treasury Secretary.

Despite all of this, based on the testimony by Fed Chair Jerome Powell at yesterday’s Senate Banking Committee hearing, the Fed has decided to dispense with the pesky detail of using federal law enforcement to investigate the trading activities of the Dallas Fed and Boston Fed Presidents. Instead of allowing the Department of Justice and the Securities and Exchange Commission to determine if federal laws have been broken, Powell told Senator Raphael Warnock (D-GA) yesterday that the Fed is, effectively, investigating itself. The exchange went as follows:

Warnock: “Yesterday it was reported that the regional Federal Reserve Bank Presidents in Boston and Dallas are resigning, following earlier reports that they were actively trading their private investments while the bank was intervening in the markets.

“Throughout the COVID-19 pandemic, many experts have underscored the importance of maintaining the independence of the central bank. Independence, of course, is necessary before the pandemic, after the pandemic, during the pandemic.

“Even though neither serves now as voting members of the Federal Open Market Committee, this is a blow to the image of the central bank serving as an impartial and independent agency charged with maintaining stability and pricing and employment.

“Chairman Powell, what immediate actions have you taken to ensure the impartiality of the Fed and what systems that are in place failed here and how do you plan to fix them going forward?”

Powell: “Our need to sustain the public’s trust is the essence of our work. We want the public to understand that we work for all Americans. So we don’t like to be having these concerns raised. It’s really something that’s really very concerning.

“So as soon as I learned of it, I directed our staff to undertake a review of our practices. We’ve had in place a set of practices around investments and trading and disclosure that seems to have worked for a long time only it’s not working now and we understand that. We need to modify our practices and we’re in the process of creating ideas and recommendations for that. That’s one thing that we’re doing.

“We’re also looking carefully at the trading that was done to make sure that it’s in compliance with our rules and with the law.”

Let’s pause right there for a moment. The Federal Reserve has no authority to interpret securities trading laws. That’s the mandate of the Securities and Exchange Commission for civil matters and the mandate of the Justice Department for criminal matters. The more Powell talks about conducting an internal investigation of this unprecedented trading scandal at the Fed, the more credibility the Fed loses.

Warnock: “The rules seem to have broken down. Do you think there needs to be any changes in the trade…” [cut off by Powell]

Powell: “Yes. I’m a hundred percent sure there is a need for those and there will be. I don’t know precisely what they will be, but the appearance is just obviously unacceptable. And even if, as appears to be the case [Powell repeats] appears to be the case, these trades were in compliance with the existing rules, that just tells you that the rules and the practices and the disclosure need to be improved and that’s what we’re working on. We will rise to this moment and address this forthrightly.”

Forthrightly is the antithesis of what the Fed is doing. The Dallas Fed won’t release trading dates for Kaplan, which it has been obligated to do, and hasn’t, for more than five years; it won’t say if Kaplan was shorting the market as millions of Americans were losing their jobs from lockdowns during the pandemic and small businesses were shuttering by the tens of thousands; and the Dallas Fed has yet to correct its egregiously and materially false statement about Kaplan’s ownership of proprietary products from Goldman Sachs.

Unfortunately, we’ve seen this form of “forthright” behavior from the Fed far too many times in the last 13 years. (See Related Articles below.) The Fed stonewalled the media for more than two years in court, during and after the financial crash in 2008, refusing to release the details of its bailouts to Wall Street. After a District Court and Appellate Court decision went against it and it should have released the information to the media, a consortium of the banks that were bailed out stonewalled the media further by taking the case to the Supreme Court. Only after the Supreme Court declined to hear the case and Senator Bernie Sanders attached an amendment to the Dodd-Frank financial reform legislation in 2010 ordering an audit by the GAO, did the hideous details finally come out. (See Levy Economics Institute’s “A Detailed Look at the Fed’s Bailout by Funding Facility and Recipient.”)

As millions of Americans lost their jobs and the homes of millions of families were illegally foreclosed by the bailout recipients in the aftermath of the 2008 crisis, the banks were using some of the bailout funds to shower million dollar bonuses on their executives, including those who had a direct hand in creating the toxic subprime instruments that blew up Wall Street and the U.S. economy. (On Wall Street, it’s legal if you can get away with it.)

During yesterday’s hearing, Senator Elizabeth Warren called Powell “a dangerous man” over his deregulation of safeguards at the mega banks on Wall Street. She also dropped the bombshell revelation that she will not be voting for him to have a second term as Fed Chair.

Powell is a dangerous man as the head of the central bank of the United States and his determination to make this trading scandal go away with an internal investigation makes him all the more dangerous. As we previously pointed out, a dozen legal safeguards that should have prevented this trading failed, and the public deserves an independent law enforcement investigation to find out why.

The Fed’s governance and controls to prevent conflicts of interest have been repeatedly criticized by government auditors. When the GAO conducted an audit of the Fed’s bailout facilities during and after the 2008 financial crash, it found a litany of defects in how the Fed had operated these programs. Among the criticisms were that two-thirds of the contracts that the Fed awarded to manage its lending facilities were no bid contracts. Worse yet, many of the no-bid contracts went to the very banks that the Fed was bailing out.

As we reported last October, despite JPMorgan Chase being charged with, and admitting to, five felony counts since 2014, the Fed is allowing the bank to be the custodian of more than $2 trillion of the agency Mortgage-Backed Securities that the Fed has been buying up under its QE (Quantitative Easing) programs.

This is a time when we will find out if SEC Chair Gary Gensler and U.S. Attorney General Merrick Garland are prepared to step in and properly serve the interests of the American people and restore credibility to the central bank of the United States.