JPMorgan, Citigroup and BofA Ruled Not “Fit” to Participate in Huge European Bond Offering Because of Past Crimes 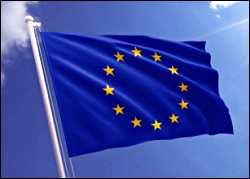 Flag of the European Union

How embarrassing it must be for Jerome Powell, Chairman of the Federal Reserve, that three of the largest banks in the U.S. that are supervised by the Fed, have been deemed not trustworthy enough by the European Commission that they were banned from participating in this week’s historic European Union bond offering.

It is also egg on the face of the U.S. Department of Justice, which has been handing out deferred prosecution agreements to these same banks for felony counts like it’s a meter maid doling out parking tickets.

JPMorgan Chase, Citigroup and Bank of America were banned along with seven non-U.S. banks from participating in this week’s European Union bond offering. The syndicated offering is part of what will grow over the next five years to be a $969 billion COVID-19 recovery fund for the European Union, part of the plan it’s calling NextGenerationEU.

Adding to the embarrassment of the three U.S. banks that have been banned is the fact that a much smaller U.S. bank in terms of assets, Morgan Stanley, snagged the position as one of the joint lead managers on the deal.

According to reporting in the Financial Times, the European Commission explained the ban this way: “The Commission implements a strict approach to ensuring that the entities with whom it works are fit to be a counterparty of the EU.”

Bank of America Merrill Lynch settled in April with the European Commission for its role in a bank cartel that rigged trading in the secondary market for sovereign debt. It paid a fine of 12.6 million euros.

For those with longer memories, Citigroup might also be tainted in Europe for its infamous “Dr. Evil” trades. That was the code name that Citigroup’s traders actually had the audacity to assign to an attempt to exploit a weakness in a European bond trading system. Citigroup settled with Europe’s Financial Services Authority for $26 million in 2005 over that conduct.

Being ruled as unfit to participate in a high-profile bond deal must be equally embarrassing to Jamie Dimon, Chairman and CEO of JPMorgan Chase and his crony Board of Directors. JPMorgan Chase’s Board has kept Dimon at the helm of the largest bank in the United States despite his presiding over five felony counts brought by the U.S. Department of Justice over the past seven years, not even taking into account the charges in Europe. The bank admitted to all five felony counts in the U.S. and was handed multi-year probation periods and deferred prosecution agreements by the Justice Department. Those actions came under both Democrat and Republican administrations.

The Federal Reserve was so nonchalant about the five felony counts at JPMorgan Chase that it didn’t blink an eye at allowing that bank to hold over $2 trillion of the Fed’s agency Mortgage-Backed Securities as custodian for the Fed. As we reported on October 30, 2020:

“Imagine that your neighbor across the street had been criminally charged with five felony counts for financial crimes in the past six years and admitted to committing each and every crime to the U.S. Department of Justice. Would you put one-third of all of your money in a safe, give that neighbor the combination, and ask him to hold the safe in his house for you? You would probably be suited up for a straight-jacket if you did something like that.

“That’s effectively what the Federal Reserve, the central bank of the United States, has done when it comes to JPMorgan Chase. As of this past Wednesday, the Fed has a $7 trillion balance sheet and $2 trillion of its agency Mortgage-Backed Securities are sitting at JPMorgan Chase, the bank that the Department of Justice has charged with five criminal felony counts since 2014 – all of which it admitted to.

“Since JPMorgan Chase first inked a contract with the Federal Reserve Bank of New York on December 31, 2008, it has been the sole custodian of all of the agency Mortgage-Backed Securities (MBS) that the Fed had bought in its long-running Quantitative-Easing programs. The contract was updated on January 30, 2017 and continues to this day. We confirmed that fact with the New York Fed yesterday. As of this past Wednesday, JPMorgan Chase was holding $2,000,305,000,000 (principal amount) in MBS backed by Fannie Mae, Freddie Mac or Ginnie Mae that belongs to the Fed.”

In 2013 JPMorgan Chase was charged by the U.S. Department of Justice with committing fraud in the issuance of the very same instruments that it was custodian of for the Fed, Mortgage-Backed Securities. It paid $13 billion to settle the charges – “the largest settlement with a single entity in American history” according to the Justice Department. But even after this news broke, the Fed simply yawned, let the custodian contract run and then renewed it with JPMorgan in 2017.

It should be clear to anyone paying attention that the Fed is incapable of supervising these mega banks and the Justice Department’s perpetual handout of deferred prosecution agreements has simply enshrined criminal activity as the cheap cost of doing business at the mega Wall Street banks.

Update: The third paragraph has been updated to indicate the bond offerings will span the next five years and to include a link to NextGenerationEU.