Another Choice Offering from Wall Street: A Doughnut with 11-25 Grams of Fat from a Company Awash in Red Ink with a Checkered Accounting History 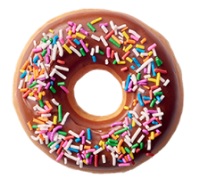 A preliminary prospectus has been filed with the SEC to bring Krispy Kreme, the doughnut retailer, back to trade in U.S. public markets. JPMorgan, Bank of America and Citigroup will be three of the four Lead Book-Running Managers on the deal according to the preliminary prospectus. Those same three Wall Street underwriters have the distinction of just last week being banned from participating in a big European Union bond offering because of their past cartel activity in Europe. Morgan Stanley is to be the fourth Lead Book-Running Manager on the deal.

During the company’s prior history as a publicly-traded company, the Securities and Exchange Commission charged the company with doctoring its earnings, ruling as follows in 2009:

“Between approximately February 2003 and May 2004, Krispy Kreme fraudulently inflated or otherwise misrepresented its earnings for the fourth quarter of its 2003 fiscal year, which ended on February 2, 2003, and each quarter of its 2004 fiscal year, and its full year results for fiscal 2004, which ended on February 1, 2004. By this misconduct, the Respondent avoided lowering its earnings guidance and improperly reported for each of those quarters what had become a prime benchmark of its historical performance, i.e., reporting quarterly earnings per share of common stock (EPS) that exceeded its previously announced EPS guidance by one cent.”

The company’s former CEO, COO and CFO were fined in the matter by the SEC without admitting guilt.

The Centers for Disease Control and Prevention provides the following statistics on obesity in the United States:

“Obesity-related conditions include heart disease, stroke, type 2 diabetes and certain types of cancer. These are among the leading causes of preventable, premature death.

When history books are written on this Wall Street era, it will be remembered as a period when federal regulators stood down and allowed every deal Wall Street could cook up and collect an underwriting fee on to be brought to the public markets. We’re talking about SPACs (blank check companies), crypto offerings, Bitcoin futures, and companies the public needs less of, not more of.

Instead of functioning as an efficient and prudent allocator of capital to companies that will ensure America’s competitiveness in the world, Wall Street is bringing to market the same kind of dubious deals that collapsed Wall Street and the U.S. economy in 1929, 2000, and 2008.

Congress is very slowly catching up with what’s been happening on Wall Street. On May 24 the House Financial Services’ Subcommittee on Investor Protection, Entrepreneurship and Capital Markets held a hearing on the U.S. initial public offering (IPO) process. The hearing was titled: “Going Public: SPACs, Direct Listings, Public Offerings, and the Need for Investor Protections.”

Mr. Park explained how retail investors are being impacted:

Coinbase, the cryptocurrency exchange, is a good example of how Direct Listings work. Coinbase went public on Nasdaq via a direct listing on April 14. On its first day of trading, it closed at a share price of $328.28, giving it a market capitalization of $85.8 billion. In a standard IPO, early investors and company executives are not allowed to sell their shares for several months due to a so-called lockup period. There is no such restriction in a direct listing. According to an SEC filing, Coinbase’s Chairman and CEO, Brian Armstrong, sold 750,000 shares of Coinbase on April 14 at an average share price of $389.10, grossing approximately $291,825,000 for himself. Since then, Coinbase has been on a steady descent. It closed yesterday at $222.60, a decline of 32 percent in 10 weeks.

The month before Coinbase was brought to the U.S. public markets, the Commodity Futures Trading Commission, a federal regulator, levied a $6.5 million fine against Coinbase for bogus reporting of cryptocurrency trades. The CFTC stated:

As Americans learned to their despair in 2008, Wall Street’s greed knows no bounds. If there’s a fat underwriting fee and annual bonus involved, the national interest of the United States will be kicked to the curb and that fee and bonus will be collected by Wall Street’s thundering herd.

It would take only five legislative changes to return power to the people of the United States and sanity to Wall Street: (1) serious campaign finance reform; (2) a three-year ban on the revolving door between Washington and Wall Street; (3) restoration of the Glass-Steagall Act to prevent these Wall Street trading casinos from using federally-insured deposits to make wild bets for the house; (4) ending Wall Street’s private justice system (mandatory arbitration) that shields too many of its festering abuses from public view; and (5) legislating that any bank charged with more than one felony by the Department of Justice will be criminally prosecuted and stripped of its bank charter. (See JPMorgan Chase Admits to Two New Felony Counts – Brings Total to Five Felony Counts in Six Years – All During Tenure of Jamie Dimon.)