Montag Didn’t Create the “Toxic Environment” at Bank of America Merrill Lynch; He Simply Perpetuated It 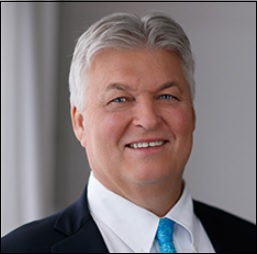 This past Sunday’s New York print edition of the New York Times carried an in-depth article by Kate Kelly on the “toxic environment” at Bank of America Merrill Lynch, pointing the finger at Thomas Montag for creating it. Kelly is a good investigative reporter and deserves praise for outing this current conduct at the firm. But Montag, the President of Global Banking and Markets, has only been with Bank of America Merrill Lynch since August of 2008 – a period of less than 13 years. The toxic environment at Merrill Lynch dates back half a century.

Let’s start with the Helen O’Bannon case. In her book, Tales from the Boom-Boom Room, author Susan Antilla describes the personality test that Merrill Lynch gave to prospective brokers in the 1970s. O’Bannon, who had a Masters in Economics from Stanford, was asked to answer the following question on the test:

“Which quality in a woman do you consider most important? 1) beauty 2) intelligence 3) dependency 4) independence or 5) affectionateness?”

If the job applicant answered “intelligence” or “independence,” no points were given while an answer of “dependency” or “affectionateness” scored two points. One point was given for beauty. O’Bannon had answered “intelligence.” She was denied a broker training spot at Merrill Lynch. O’Bannon sued and received a settlement of $10,000 in 1976.

The kind of broker Merrill apparently had in mind was someone like Michael Stamenson, who played a hand in bankrupting Orange County, California in 1994 by selling it complex securities that imploded but made plenty of money for Merrill. Stamenson was immortalized in evidence produced in the Orange County court case as the star of a Merrill Lynch training tape for rookie brokers. On the tape,  Stamenson outlined the attributes to be a successful broker: “the tenacity of a rattlesnake, the heart of a black widow spider and the hide of an alligator.”

As the evidence against Stamenson and higher ups at Merrill mounted in the Orange County court case, Merrill Lynch settled the case for $400 million and sealed the documents. It also paid $30 million to the county to settle and abruptly end a grand jury investigation, leading to allegations of foul play.

Over the last half century, Merrill Lynch has been repeatedly sued for sexual harassment and discrimination, including a case brought by the federal government’s Equal Employment Opportunity Commission in the 1970s. That suit, which was also settled in 1976, had alleged a pattern and practice of discrimination in Merrill’s recruitment, hiring, job assignment, promotion, testing and maternity leave policies for women.

Between 1998 and 2013, Merrill paid “nearly half a billion dollars to settle employee discrimination claims,” according to an earlier report in the New York Times.

In Antilla’s Tales from the Boom Boom Room, she cites studies conducted by psychologist Louise Fitzgerald, an expert on sexual harassment and discrimination of women. Fitzgerald had contacted 915 women who had filed sexual harassment or discrimination claims against Merrill Lynch and received 643 usable responses. Among the respondents, 37 percent said they had “been touched in a way that made them feel uncomfortable,” while only 1.7 percent “said that the person about whom they complained was punished.”

Fitzgerald says in the book that the rate of sexual harassment in Wall Street’s brokerage industry “was higher than it was in the military, for God’s sake, and that’s kind of amazing.”

It’s not amazing if one considers that Wall Street is the only industry in America that has been allowed by Congress to create and run its own private justice system, overseen by a deeply conflicted self-regulator, FINRA.

What has changed in the culture of Merrill Lynch over the past half century is that the settlements happen more quickly so that the media doesn’t get hold of the story. Kelly reports in Sunday’s article in the Times that in some years over the last five years, “Mr. Montag’s divisions confidentially settled about 15 complaints annually with employees who made credible allegations of misconduct or of working in a toxic environment, according to someone who was directly involved in handling those matters.”

Kelly shares the following, as one of many examples of a hostile and unprofessional environment:

Doing the heavy lifting to keep the toxic culture of Merrill Lynch out of the news for the past four decades has been the monster public relations outfit, Burson-Marsteller, now known as Burson Cohn & Wolfe or BCW. In 2009, Rachel Maddow called the company the “p.r. firm from hell.” She summarized its history as follows:

Prior to his death at age 98 in 2020, Harold Burson, a co-founder of Burson-Marsteller who served as its CEO for more than 35 years, published a book in 2017 on his career. The book, The Business of Persuasion, includes an insightful look at the symbiotic relationship between the firm and Merrill Lynch. Burson writes that “Burson-Marsteller’s professional relationship with Merrill Lynch was near seamless; we collaborated more as a team than as client and agency.” Burson indicates that he personally worked with six consecutive CEOs at Merrill Lynch over that almost four-decade period: Don Regan, Roger Birk, William Schreyer, Dan Tully, David Komansky, and Stanley O’Neal. Paul Critchlow, who became the chief public relations officer at Merrill Lynch during that period, came to that spot directly from Burson-Marsteller according to Burson.

There are folks on Wall Street who believe that the invisible hand of Burson-Marsteller may have played a role in drawing a dark curtain around the criminal charges that the Financial Crisis Inquiry Commission (FCIC) recommended bringing against Stan O’Neal, Merrill’s CEO, and Jeffrey Edwards, Merrill’s CFO, in the aftermath of the financial crisis of 2008.

The FCIC voted in favor of making a criminal referral of these two men in October of 2010 and relayed a detailed Memorandum to the Justice Department. (Read the full Memorandum here.) The FCIC relayed its final report to Congress and the public on January 27, 2011. Unfortunately, the public knew nothing about this criminal referral of Merrill Lynch execs and other Wall Street executives until March of 2016 when the National Archives and Records Administration finally released thousands of sealed documents from the FCIC’s work.