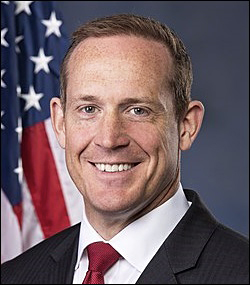 Yesterday, Bitcoin put on a display that should put to rest any lingering doubts that it is a stable currency that could be used to pay for products or services. The current month Bitcoin futures contract at the CME swung between a low of $30,250 to a high of $43,530 – a difference of $13,280 in one trading session. From its intraday high of $58,140 on Wednesday, May 12, to its close one week later on Wednesday, May 19, Bitcoin had lost 34 percent of its value.

As we explained here at Wall Street On Parade on May 12, some of the smartest minds in the investment community think Bitcoin is very bad for America. One of the most iconic investors in America, Warren Buffet, stated in May 2018 that Bitcoin is “probably rat poison squared.” In January of the same year, Buffet told CNBC in an interview that “In terms of cryptocurrencies, generally, I can say with almost certainty that they will come to a bad ending.”

Also in 2018, Bill Harris, the former CEO of Intuit and PayPal, wrote a detailed critique of Bitcoin for Vox, under the headline: “Bitcoin is the greatest scam in history.”

In July 2019, NYU Professor and economist Nouriel Roubini offered this analysis of Bitcoin and crypto in a Bloomberg News interview: “It is not a means of payment, nobody, not even this blockchain conference, accepts Bitcoin for paying for conference fees cause you can do only five transactions per second with Bitcoin. With the Visa system you can do 25,000 transactions per second…Crypto’s nonsense. It’s a failure. Nobody’s using it for any transactions. It’s trading one sh*tcoin for another sh*tcoin. That’s the entire trading or currency in the space where’s there’s price manipulation, spoofing, wash trading, pump and dumping, frontrunning. It’s just a big criminal scam and nothing else.”

None of that sound logic seems to have found its way to the office of Congressman Ted Budd, who represents North Carolina’s 13th Congressional District.

At a House Financial Services Committee hearing yesterday, called to take testimony from and question banking regulators, Budd sounded like a lobbyist for the crypto industry. The exchange went as follows with the newly appointed acting head of the Office of the Comptroller of the Currency (OCC), Michael Hsu:

Budd: “Comptroller Hsu, the OCC has received a number of applications from crypto trust banks, and after conditionally approving three – I believe it’s three, you can correct me on that if it’s a different number – I think they were Anchorage, Protego, and Paxos. So what is the timetable for approving the remaining charters that are out there?”

Hsu: “I don’t know the timetable right now. It’s under review. It’s under discussion. I just got here. This is my tenth day I believe. We’ve got this in the pipeline to look at. We’re not going to drag it out. That I can tell you…”

Budd: “Love to stay in touch with you on that…”

Budd also specifically asked about Figure Technologies and its request for a bank charter. Sounding like one of Figure’s inhouse attorneys, Budd said that since Figure plans to take deposits there should be no issue with the litigation issue over non-depository bank charters. Budd asked Hsu: “Do you know if that application is on course?”

Hsu said Figure was part of the applications that are under review. (You can watch the segment of Budd posturing for the crypto banks at yesterday’s House hearing in the video below.)

In January, the Conference of State Bank Supervisors filed a lawsuit in federal district court to block the OCC from granting a national bank charter to Figure Technologies.

Budd next turned his attention to Randal Quarles, the Vice Chair for Supervision at the Federal Reserve. Budd wanted to know if the Fed was going to deny the crypto banks that don’t take deposits access to its payment system. Budd asked what the basis for that would be.

Quarles said the issue has been put out for public comment.

Budd’s home district in North Carolina is located more than 500 miles from Wall Street and yet, for some reason, six of the largest Wall Street banks rank within the top 50 donors to his 2019-2020 campaign according to the Center for Responsive Politics. Those banks include: Bank of America Merrill Lynch, $16,250; UBS Americas, $15,000; Wells Fargo, $10,250; Goldman Sachs, $10,000; Morgan Stanley, $10,000; Citigroup, $9,500; and Bank of New York Mellon, $9,000. (The money does not come from the bank itself but from its employees or their family members and/or its Political Action Committee.)

On April 28, Budd announced his candidacy for the 2022 Senate election in North Carolina to replace retiring Senator Richard Burr. That campaign is going to cost big bucks and Budd apparently feels being a proponent of crypto trading and crypto banks is a good position to stake out.

Budd also tends to stick with the hard right within the Republican party. He was among the 147 Republican lawmakers who objected to the certification of electoral votes from the 2020 presidential election after a mob of Trump supporters stormed the U.S. Capitol on January 6.

As U.S. regulators delicately straddle the fence on crypto matters out of fear of upsetting the hard right among Republican lawmakers, China has shown actual guts in dealing with the issue. On Tuesday, the People’s Bank of China released a statement that reiterated that cryptocurrencies can’t be used as a form of payment because they are not real currencies.