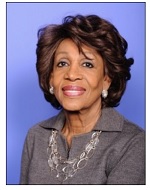 The House Financial Services Committee is showing a decidedly gutsy streak under the Chairmanship of Congresswoman Maxine Waters. No less than four hearings this month will take a deep dive into the underpinnings of an out of control Wall Street.

The kickoff begins this Thursday with the Committee’s third hearing on the wild trading action in shares of GameStop and other meme stocks. GameStop trades on the New York Stock Exchange but its trading pattern has looked more like that of a penny stock operated out of a boiler room – raising serious questions about the integrity of U.S. markets.

On January 28, 2021 GameStop hit an intraday peak of $483, bringing its run from a share price of $18.84 on December 31, 2020 — a gain of 2,465 percent for a struggling brick and mortar retail outlet that sells video games. GameStop then took a bungee plunge back to earth, leaving thousands of late-in-the-game retail buyers licking their wounds with heavy losses. Wild price action was occurring at the same time in other so-called meme stocks.

Here’s the short take on each of these groups, in reverse order:

FINRA is called a “self-regulator” because it is controlled by the industry in order to guarantee light-touch regulation. One of FINRA’s main objectives is to draw a dark curtain around all aspects of Wall Street’s trading and wealth transfer mechanisms in order to keep the pitch forks of the 99 percent at bay. As such, one of its key operations is running Wall Street’s private justice system where claims against Wall Street’s trading houses by both customers and employees are blocked from the sunshine of the nation’s courts and ushered into deeply-conflicted tribunals called mandatory-arbitration.

FINRA is also where trade reporting and data dissemination occurs for a tiny sliver of light on trading in Wall Street’s Dark Pools – which we previously explained were actively engaged in trading the shares of GameStop during its big upward spike. But far more nefarious is the fact that the mega banks on Wall Street are allowed by their “regulators” to trade the shares of their own bank stocks in the Dark Pools the mega banks own.

DTCC is apparently considered the Godfather of the crime families on Wall Street judging from the regular comments we receive about the DTCC at Wall Street On Parade. These commenters believe that the DTCC is actively engaged in some kind of naked short selling conspiracy with the hedge funds and/or mega banks on Wall Street.

Among the DTCC’s many functions, it is supposed to ensure the proper exchange of securities between buyers and sellers and also function as a central securities depository by providing centralized custody of securities. But as we previously pointed out, hundreds of thousands of shares of GameStop could not be located to properly settle on their settlement date, strongly suggesting that naked short selling was occurring. Institutional Investor reported that “At one point, around 140 percent of GameStop shares were short…”

This would not be the first time that the DTCC was accused of turning a blind eye to market manipulations. In 2007, the North American Securities Administrators Association (NASAA), a nonprofit association of securities regulators from U.S. states as well as Canada and Mexico, filed an Amicus brief in an appellate action against the DTCC for its role in market manipulations.

“In essence, the Clearing Agencies contend that their role in the clearing and settlement process is too important, that the national market system is too fragile, and that the disruption threatened by the fraud claims at issue is too great to permit this case to go forward. This defense is legally unsupportable and also unacceptable from the standpoint of investor protection and public policy. If the Investors’ claims are taken as true, as they must be on a motion to dismiss, then the entrepreneurs and investors before the Court have been the victims of fraud and manipulation at the hands of the very entities that should be serving their interests by maintaining a fair and efficient national market. Allowing the Clearing Agencies to avoid accountability for this conduct through the preemption defense deprives the Investors of a chance for redress. Dismissal of this case may also allow unlawful conduct to persist, to the detriment of other emerging companies, investors, and the marketplace as a whole.”

The case was dismissed and the dark curtain was drawn tighter around DTCC and the backroom structure of Wall Street.

Like the New York Fed, the DTCC is literally owned by the Wall Street banks through outright share ownership of its common stock. You can get a good sense of who the largest common stock holders of the DTCC are by the makeup of its Board of Directors, which includes executives of the largest trading houses and Dark Pool operators such as JPMorgan Chase, Goldman Sachs, Citigroup, Morgan Stanley, UBS and others.

And, finally, there is the Securities and Exchange Commission, which has increasingly started to look like just another cozy self-regulator of Wall Street. Prior to the current chair Gensler, its past two Chairs have come straight from legally defending the biggest banks on Wall Street as outside counsel. See SEC Nominee Has Represented 8 of the 10 Largest Wall Street Banks in Past Three Years and Mary Jo White Seriously Misled the U.S. Senate to Become SEC Chair.

But Gensler, who was praised for his independence by progressives, has suffered an embarrassing stumble after just 11 days in office. On April 28, Alex Young K. Oh abruptly resigned her post as Director of Enforcement at the SEC after just six days in office. Oh, Gensler’s pick as his crime fighting boss, had spent the last two decades at Big Law firm Paul, Weiss, Rifkind, Wharton & Garrison, the law firm that major Wall Street banks repeatedly choose to fight their serial fraud charges. (Less than seven hours after we published our negative critique of the history of the Paul Weiss relationship with Wall Street, Oh had stepped down.)

This is definitely going to be a hearing you won’t want to miss if you care about cleaning up the deeply enmeshed oligarchy on Wall Street.