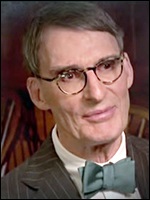 The headline above was Point Number 6 in a multi-point Tweet offered by Grant’s Interest Rate Observer on November 18 of last year on how the Fed has grossly distorted markets. The 4,000-year claim is derived from the seminal book on interest rates, Sidney Homer’s A History of Interest Rates, Fourth Edition, co-authored by Richard Sylla.

One of our readers recently sent us a link to a fascinating interview with James Grant, the Founder and Editor of Grant’s Interest Rate Observer. The interview was conducted in February by Consuelo Mack for the PBS program, WealthTrack.

We listened carefully to the interview and were delighted to see that over the more than three decades that Grant has been chronicling the Fed’s thumb on the scale, the powerful forces on Wall Street have failed to compromise his voice. If anything, Grant has become even more outspoken in his Fed views.

At one point in the interview, Grant says that the attitude of Grant’s Interest Rate Observer toward the Fed is similar to how the Chicago Tribune viewed the Purple Gang of the 1920s. (The Purple Gang was a group of mobsters.) Grant adds this to his assessment of the Fed: “So we have an omnipresent, ubiquitous and all-powerful institution. You have to be on its good side if you’re on Wall Street.” (Since the mega banks on Wall Street literally own the most powerful arm of the Fed, the New York Fed, it could be said that the Fed has to remain on the good side of Wall Street.)

As for the timidity, if not mesmerized worship, that the press bestows on each utterance from the Fed, Grant offers this:

“The press ought to stand up to tyrannical power or to misappropriated power. And I’m not saying the Fed is a tyrant but I’m saying that it is too much with us; its powers are too great; they are exercised too frequently; and it has left us with a bond market that’s all but been destroyed with respect to the proper functioning of a bond market, which is to set interest rates, to appraise credit, and to extend credit on terms that are logical and have been vetted by the participants in the market place.”

Other notable tidbits of wisdom from Grant during the interview:

“Tesla is the Bitcoin of auto manufacture. And Bitcoin is the Tesla of monetary gimmicks.”

“The more intense the craze, the higher the order of intellect that succumbs to it.”

For Wall Street On Parade’s take on that last point made by Grant, see SEC Chair Jay Clayton Left Markets in the Biggest Mess Since 1929.

Last April, the Wall Street Journal ran an opinion piece by Grant in which he was equally strident against the mess that the Fed has made of markets. He wrote:

“It took a viral invasion to unmask the weakness of American finance. Distortion in the cost of credit is the not-so-remote cause of the raging fires at which the Federal Reserve continues to train its gushing liquidity hoses.

“But the firemen are also the arsonists. It was the Fed’s suppression of borrowing costs, and its predictable willingness to cut short Wall Street’s occasional selling squalls, that compromised the U.S. economy’s financial integrity.”

Those who are inclined to dismiss Grant’s current assessment of how the Fed’s “administered rates” have disfigured markets would do well to read his essays in the lead up to the market crash of 2008, which left the U.S. economy in the worst condition since the Great Depression. Grant conveniently packaged those prescient essays in a book published in late 2008: Mr. Market Miscalculates: The Bubble Years And Beyond.

For those who would like an even deeper dive into the Fed’s handiwork, we highly recommend rounding out your reading with Nomi Prins’ brilliant 2018 book, Collusion: How Central Bankers Rigged the World, along with Wall Street On Parade’s archive on how the Fed’s latest Wall Street bailouts did not begin with the pandemic but rather months before, launching on September 17, 2019.