Bernie Madoff, Mastermind of the Largest Ponzi Scheme in History, Dies in Prison at Age 82 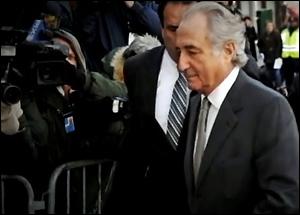 Bernard Madoff Outside Federal Court in Manhattan in 2008

Bernard (Bernie) Madoff, mastermind of the largest Ponzi scheme in history, died this morning at the Federal Medical Center in Butner, North Carolina. He was serving a 150-year prison sentence. Madoff would have been 83 on April 29. A source told the Associated Press that Madoff had died of natural causes.

Madoff ran his scheme undetected by regulators and law enforcement for more than four decades until he began to run out of money to meet client redemption requests during the financial crash of 2008 and confessed to his sons. The sons turned him in to the FBI. The case became a national scandal that tarnished both the reputation of the SEC as well as JPMorgan Chase.

The public learned that Harry Markopolos, a financial expert, had been sending detailed written reports to the SEC for years (in 2000, 2001, 2005, 2007 and 2008), making the case that Madoff was running a Ponzi scheme. The SEC ignored those repeated, credible warnings.

JPMorgan Chase’s reputation was also dragged through the mud. The bank, and its predecessors, had handled the Madoff business account for decades and ignored serious and ongoing red flags. Making the bank’s conduct even more outrageous, it told regulators in the U.K. that it thought Madoff was running a Ponzi scheme but failed to share those concerns with U.S. regulators.

See our reporting below as details in the case unfolded.

Madoff and the SEC’s Revolving Door

Wall Street’s Biggest Banks Had a Trading Scheme With Madoff