Within a Matter of Months, the Fed’s Balance Sheet Will Hit $8 Trillion; These Charts Tell the Rest of the Story 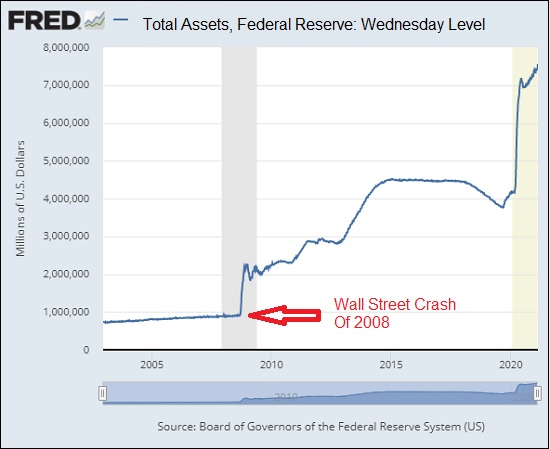 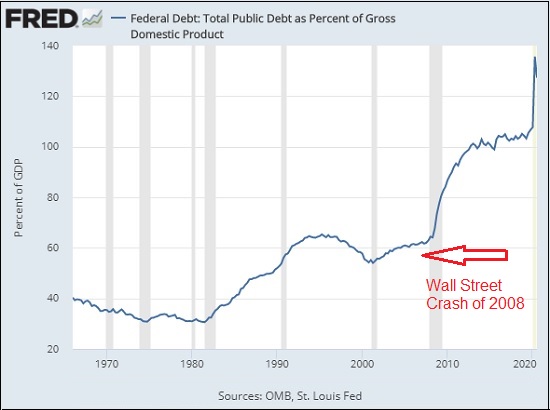 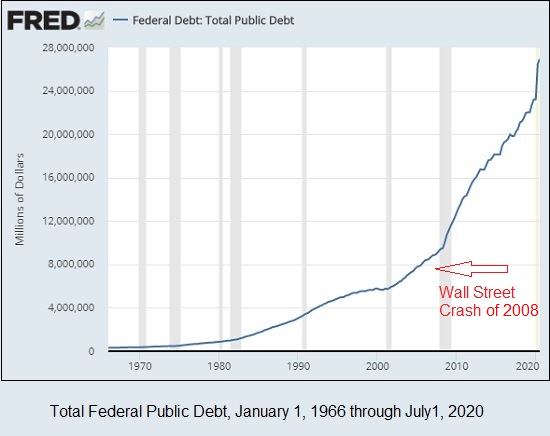 Every Thursday, at approximately 4:30 p.m., the Federal Reserve provides a report on its balance sheet as of the prior day. It’s known as the H.4.1 report or the Wednesday Level report.

On Thursday, September 4, 2008, the Fed’s H.4.1 report showed a $935 billion balance sheet as of Wednesday, September 3, 2008. That was 12 days before iconic financial institutions on Wall Street began to blow up in what became the worst financial crisis since the Great Depression. As of last Wednesday, February 17, 2021, the Fed’s balance sheet stood at $7.6 trillion – an increase of 712.83 percent in less than 13 years.

The Federal Reserve was created in 1913 and such a staggering growth in its balance sheet has not occurred at any other period in U.S. history — not during the Great Depression, not even during or after World War II.

What has changed the course of economic history in the United States and put the country on a debt-fueled disaster course is the Wall Street crash of 2008 and the bailouts, both monetary and fiscal, that have followed ever since, together with the unwillingness of Congress to confront this reality.

The charts above showing the unprecedented growth in the federal debt and federal debt versus GDP since the Wall Street crash of 2008 confirm this thesis.

Among the many factors that have kept the U.S. locked on this destructive debt path are the following:

The failure by Congress to separate the giant federally-insured banks from the Wall Street casino, that is, to restore the Glass-Steagall Act, thus making perpetual Wall Street bailouts unnecessary;

The failure by Congress to strip federally-insured banks of the ability to hold tens of trillions of dollars notionally in dangerous derivatives, thus making perpetual bailouts unnecessary;

The fear by the Fed of allowing another stock market crash because consumers might retrench from spending if their 401(k)s implode;

The failure by Congress to restore corporate pension plans to workers, thus allowing loyal, productive U.S. workers to live in dignity in their retirement years and de-linking the wealth effect from the stock market and 401(k) plans;

Time is running out for Congress to act.