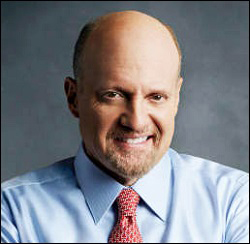 There’s an important debate going on about whether the Reddit message board known as WallStreetBets fanned the short squeeze that inflated GameStop from an $18.84 stock on December 31 of last year to a $483 stock intraday on January 28 – a breathtaking run of 2,465 percent in four weeks. Last week GameStop came plunging back to earth, closing the week at $63.77.

Similar short squeezes are causing other targeted stocks to whipsaw in wild trading action. The House Financial Services Committee will hold a hearing on the matter on February 18 and multiple investigations are underway by both federal and state authorities.

At this time one year ago, the Reddit WallStreetBets’ message board had 900,000 users — not a particularly big number for a group that started in 2012. This morning, as a result of all the publicity, the message board is showing 8.7 million users.

BloombergBusinessweek propelled attention to the “Profane, Greedy Traders” by putting their story on the front cover of its March 2, 2020 issue. Reporter Luke Kawa gets credit for noting this in the article:

“Chatrooms where stocks were hyped are seminal artifacts of the 1990s boom and the following bust. They were a setting for bare-fisted digital brawls among all manner of hustlers and promoters, many of whom could move shares on a dime—sometimes just enough so they could get out and leave others holding the bag.”

Around the same time that the BloombergBusinessweek article came out, the Financial Times called attention to evidence that “unscrupulous punters” were using the forum to move stock prices to benefit their own positions.

Adding to those suspicions about WallStreetBets, on December 21, 2020 the Daily Dot reported that the message board had temporarily gone dark over conflicts of interest and insider trading allegations that had been reported to the SEC by some of its users.

Fast forward to January 11 of this year when Bloomberg News reporter John J. Edwards III penned an article noting that “GameStop Corp. jumped as much as 17% Monday after activist investor Ryan Cohen stepped up his transformation efforts at the struggling video-game retailer, gaining a seat on the company’s board along with two allies.”

At the time of this news, GameStop had lots of big players standing to make billions of dollars if the share price took off. That effort would be enhanced greatly if the hedge funds who had taken short positions (bets on the share price declining) could be forced to buy back the shares they had borrowed as part of their shorting maneuvers. (See GameStop Short Squeeze: These Are the Big Wall Street Players Who Stood to Make Billions.)

Any veteran of Wall Street who is familiar with the tactics of speculators knows that news of an activist investor getting seats on a board is going to send a stock price soaring, especially if there is a big short position in the stock. In fact, on January 13, Fox Business ran a story on GameStop surging 94 percent to its “highest level in more than five years.” It credited the move to the following: “The spike appeared to be driven by a short-covering rally sparked by an agreement the company reached with activist investor RC Ventures regarding the addition of three board members.” There was no mention in the article that the WallStreetBets’ message board had played any role in the move.

The next evening, January 14, Jim Cramer appeared on his CNBC show, Mad Money, where he crafted the narrative that the surge in GameStop’s share price was coming from WallStreetBets’ “young stock buyers” – not the big boys on Wall Street. Cramer then further plugged the show in a Tweet and CNBC posted it to YouTube – giving the narrative further momentum.

It should be noted that Cramer is a former hedge fund manager who knows precisely how the big boys play this game. Here’s an excerpt of that portion of Cramer’s January 14 show:

“Yes, I am seeing short squeezes all over the place. In many cases they are being orchestrated by motivated, young stock buyers who are explicitly trying to crush the shorts using websites that are, frankly, a lot of fun but I think are encouraging people to do something that I hope they continue to make money on. They may not.

“And that brings me to GameStop – the troubled video game retailer. For years this stock has been absolutely hated because the whole industry’s been moving online. So shorting GameStop had been like shooting fish in a barrel. But then two things happened. First, a highly acclaimed activist investor, Ryan Cohen, joined the Board of Directors. Got a good track record. He’s the guy who founded Chewy, the phenomenally successful online pet food retailer. Second, and more important, the new PlayStation and Xbox launched and you can’t find them anywhere, there’s so much demand.

“Suddenly, the short sellers who’d made so much money in the stock were on the run…Right now, an astounding 144 percent of GameStop shares have been sold short. That’s far more than there is. That’s not right. Its shares can’t be borrowed. When you can’t find shares to borrow, your broker will close out your short position…”

Let’s pause here for a moment. Cramer knows very well that your broker is supposed to locate the shares to borrow before it allows the customer to short the stock. This sounds to us like Cramer might be attempting to whitewash the fact that big brokers on Wall Street have turned a blind eye to shorting more stock than actually exists.

“The thing is, this is not a regular short squeeze. We have a ton of enthusiastic young buyers in this market. They love to get behind stocks and flood all the social media sites with recommendations. Think WallStreetBets on Reddit, the popular online information site.”

Let’s pause again. Absolutely no one is calling WallStreetBets an “information site.” The Financial Times has already suggested it is made up of “unscrupulous punters” and the Daily Dot reported that some of its own users had reported it to the SEC for insider trading.

“Right now, if you go to those sites, and I encourage you to take a look at this, they’re populated by mostly younger members and participants who are plainly, openly plotting to blow up the shorts, in this case by buying GameStop at any price. And bidding the stock up, up and up to crush the shorts so they have to cover. Get it taken up. It’s incredible to watch. I think they’re succeeding, beyond their wildest dreams…”

The very next day, January 15, Cramer was back to pumping the WallStreetBets’ narrative. In an interview with Elizabeth Ross, Cramer says this about WallStreetBets:

“I … have some suspicions that it is not a democratization. I’m not sure that everything you’re reading is coming from the little guy, the public. I think there may be some big professionals in there that want to turn the crowd into a mob and get them to attack the hedge funds by buying this.”

Fitzgerald also quoted Todd Henderson, a University of Chicago law professor whose specialties include securities regulation, who said: “I know people are hung up on Reddit and the little guy sort of teaming up on the big guys. … I think this was just big guys teaming up on big guys.”

That view was buttressed by data in the article indicating that “Retail investors were actually net sellers of GameStop from Tuesday through Thursday last week,” rather than forcing the short squeeze through their purchases of the stock.

Erik Schatzker of Bloomberg News is adding more support to this thesis with a report that Carson Block, the CEO of hedge fund short seller Muddy Waters, thinks there may have been coordination between hedge funds that owned the stock to orchestrate a short squeeze against hedge funds who had shorted GameStop. In an interview on Bloomberg TV, Block said this:

“If anything, some very smart, sophisticated hedge funds have been playing the squeeze game for a while. And, it’s kinda like the same ones I think end up getting into these squeezy names and, boom, it squeezes…I have wondered, is there coordination there with these hedge funds…Did they cross the line?”

If you’ve ever studied the in-depth hearings held by the Senate Banking Committee following the 1929 crash, you are aware of the role of stock promoters’ efforts to suck in the retail customer at the height of the bubble. From 1932 to 1934, the Senate Banking Committee held hearings to “thoroughly investigate practices of stock exchanges with respect to the buying and selling and the borrowing and lending of listed securities, the values of such securities and the effects of such practices.”

At one of those sessions in April of 1932 Senator John Blaine of Wisconsin told Richard Whitney, the President of the New York Stock Exchange, the following regarding the bubble that led up to the 1929 crash:

“And is not that speculative fever created by those who have large holdings of stock, who desire to make a great profit on them by feeding that stock into the market; whether by collusion or combination or understanding, the stock gradually rises and rises, keeps going up and up and up, until that speculative fever is on, and then the public is drawn in and makes their purchases because they see this rise in the stock; they feel then that they can make some money – isn’t that correct? Is that not one of the psychological factors in these booms?”

Today, the bulk of the trading no longer occurs on the New York Stock Exchange. The U.S. stock market has become fragmented into more than 40 venues including Dark Pools operated by the serially-charged banks on Wall Street. Citadel Securities is another big player, paying for order flow from major online brokerage firms. (See Citadel Is Paying for Order Flow from Nine OnLine Brokerage Firms – Not Just Robinhood.)

Editor’s Update: We had a typo in the spelling of Carson Block and have corrected it.