JPMorgan Chase Is Under a New Federal Investigation, One Month After Getting Slapped with Its 4th and 5th Criminal Felony Count 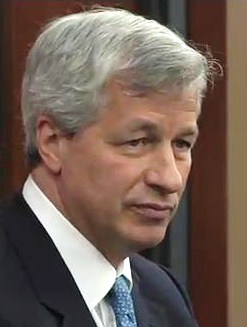 Each quarter publicly traded companies file a form known as the 10-Q with the Securities and Exchange Commission. The 10-Q filed by the largest bank in the United States, JPMorgan Chase, on November 2 carried a very disturbing paragraph that had not appeared in the 10-Q the bank filed on August 3. The paragraph reads as follows:

“JPMorgan Chase Bank, N.A. has been advised by one of its U.S. regulators of a potential civil money penalty action against the Bank related to historical deficiencies in internal controls and internal audit over certain advisory and other activities. The Bank already has controls in place to address the deficiencies related to the proposed penalty. The Firm is currently engaged in resolution discussions with the U.S. regulator. There is no assurance that such discussions will result in resolution.”

Why is this paragraph so disturbing? First of all, the words “deficiencies” and “audit” are not two words that one wants to read in the same sentence pertaining to any Wall Street bank. But they are particularly frightening when it comes to the largest bank in the United States that has racked up an unprecedented five criminal felony counts – to which it admitted guilt – in the past six years. That’s five more felony counts than the bank racked up in the prior 100 years of its existence.

Equally unprecedented, the Board of Directors of JPMorgan Chase has kept Jamie Dimon as its Chairman and CEO, despite the fact that he has sat at the helm of the bank during this unprecedented and relentless crime wave.

There is also the disturbing fact that JPMorgan Chase’s three-year probation for its role in rigging the foreign exchange market just ended in January of this year. Nine months later, on September 29, it gets slapped with two new felony counts by the U.S. Department of Justice for rigging the precious metals and U.S. Treasury market and is put on another three-year probation.

And now, just a little more than a month later, we are learning that there is yet another federal probe of this bank in the works.

But William Barr’s Justice Department did the exact opposite of what a rational person would have expected on September 29 when it announced JPMorgan Chase’s fourth and fifth felony count in a six-year span. Instead of holding its typical press conference to announce such weighty charges, the Justice Department stunned Wall Street watchers by making the announcement on the same day that all eyes were on the presidential debate that night and doing it with just a press release – no press conference.

That decision might have come from the fact that prosecutors were charging the bank with “tens of thousands of instances of unlawful trading in gold, silver, platinum, and palladium…as well as thousands of instances of unlawful trading in U.S. Treasury futures contracts and in U.S. Treasury notes and bonds…” but the Justice Department had decided to condense what could have been tens of thousands of counts into just two felony counts. If you don’t hold a press conference, reporters can’t ask those picky questions as to why the Justice Department was letting this serial lawbreaker off so easily.

By comparison, in 1985 the U.S. Department of Justice forced the big Wall Street bank, E.F. Hutton, to plead guilty to all 2,000 counts of wire and mail fraud it had engaged in.