What Happened to the Criminal Case against Goldman Sachs at Barr’s Justice Department? 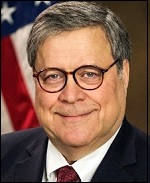 On December 6 of last year, four reporters at Bloomberg News signaled that the U.S. Department of Justice was close to a settlement of its criminal investigation of Goldman Sachs in the 1MDB matter. The reporters wrote as follows:

“The Justice Department and other federal agencies, in internal discussions held in recent weeks, have weighed seeking penalties between $1.5 billion and $2 billion, the people said. That’s less than what some analysts have signaled Goldman might have to pay. While a settlement could be announced as soon as next month, the terms could change before a deal is finalized…”

The terms, indeed, seem to have changed. It’s now more than 9 months since that article was published and there hasn’t been a peep out of the Justice Department about criminal charges against Goldman Sachs. According to the Bloomberg report, Barr has “directly immersed himself in the case.”

Both Barr and the Deputy Attorney General, Jeffrey Rosen, hail from Kirkland & Ellis, one of the primary law firms representing Goldman in the matter. Barr was “Of Counsel” to Kirkland while Rosen worked at the law firm for 29 years. (See Top Men at Justice Department with Final Say on Goldman Sachs Felony Charges Got Big Payouts from Kirkland & Ellis – Goldman’s Law Firm.)

1MDB is a sovereign wealth fund in Malaysia. Goldman raised over $6 billion in bond offerings for the fund. According to the Justice Department, $4.5 billion of that was “misappropriated” and used “to fund the co-conspirators’ lavish lifestyles, including purchases of artwork and jewelry, the acquisition of luxury real estate and luxury yachts, the payment of gambling expenses, and the hiring of musicians and celebrities to attend parties.” Bribes and kickbacks were also allegedly made. Goldman made more than $600 million in fees from the bond offerings.

In July, the Malaysian government settled the case against Goldman Sachs for $3.9 billion.

Another law firm representing Goldman Sachs is Sullivan & Cromwell. On June 19, Barr released a statement announcing that Geoffrey Berman, the U.S. Attorney (i.e. top federal prosecutor) for the Southern District of New York (where Goldman Sachs is headquartered), would be “stepping down.” Barr said President Trump would be naming Jay Clayton, the sitting chair of the Securities and Exchange Commission, to fill the slot. Clayton hails from Sullivan & Cromwell.

The problem was, Berman had not agreed to “step down”; he said so publicly, and was, in reality, being ousted by Barr in the midst of numerous key criminal cases being handled by his office.

The fallout resulted in 65 professors and faculty from Barr’s alma mater, George Washington University Law School, releasing a letter the following week stating that Barr’s actions “have undermined the rule of law, breached constitutional norms, and damaged the integrity and traditional independence of his office and of the Department of Justice.”

On the same day that letter was released, June 23, the New York City Bar Association sent a letter to leaders in the House and Senate calling for Barr to resign. The letter, which included the signature of the President of the Board of Governors of the National Bar Association, Alfreda Robinson, said that Barr’s actions “form an overwhelming public impression of an Attorney General whose primary loyalty is to the President who appointed him, not to the American public or the rule of law.”

There is little likelihood that Clayton will be confirmed by the Senate for the post. Both Senators from New York, Chuck Schumer and Kirsten Gillibrand, have said they will not give the greenlight to Clayton’s nomination. Senator Lindsey Graham, Republican Chair of the Senate Judiciary Committee, has said he will not move Clayton’s nomination forward without the approval of those two Senators, following a longstanding policy of the Judiciary Committee.

That’s welcome news. As we previously reported, Sullivan & Cromwell was involved in making some of the luxury purchases on behalf of the alleged looters of 1MDB, according to the U.S. Department of Justice.

Two of Goldman’s senior bankers, Ng Chong Hwa (a/k/a Roger Ng) and Timothy Leissner, have already been indicted for “conspiring to launder billions of dollars embezzled from 1MDB,” and “paying bribes to various Malaysian and Abu Dhabi officials.” Leissner pleaded guilty in the matter. Roger Ng’s trial has been delayed because of the COVID-19 pandemic.