Bombshell Report: Fed Is Aware that Big Banks Are Rigging their Stress Tests and Letting Them Get Away with It

Randal Quarles, Vice Chairman for Supervision, Federal Reserve, Testifying before the Senate Banking Committee on May 12, 2020

On January 31 of this year, researchers for the Federal Reserve released a study that showed that the largest banks operating in the U.S. have been gaming their stress test results by intentionally dropping their exposure to over-the-counter derivatives in the fourth quarter. The fourth quarter data is the information used by the Federal Reserve to determine surcharges on capital for Global Systemically Important Banks, or G-SIBs.

The report, “How Do U.S. Global Systemically Important Banks Lower Their Capital Surcharges?,” was written by Jared Berry, Akber Khan, and Marcelo Rezende.

We decided to evaluate this claim for ourselves, using the quarterly derivative reports provided by the Office of the Comptroller of the Currency (OCC), the regulator of national banks. The data was appalling. The largest Wall Street banks not only dropped their level of derivatives by trillions of dollars in the fourth quarter, but they restored those derivatives by the end of the following first quarter. (See first OCC chart below which shows the largest of the top 25 banks by derivative exposure.)

In the case of JPMorgan Chase, it dropped its total derivatives from $55 trillion notional (face amount) in the third quarter to $46.9 trillion in the fourth quarter of 2019, a decline of $8 trillion in one quarter or 15 percent. But by the end of the first quarter of 2020, JPMorgan had pushed those derivatives back up to $59.6 trillion.

The Federal Reserve seems to be accepting this behavior from JPMorgan Chase as a legitimate means of reducing its capital requirements. Yesterday, the Federal Reserve announced the new capital requirements for the largest, Global Systemically Important Banks, or G-SIBs. We fully expected JPMorgan Chase to be slapped with the highest capital requirement since its Systemic Risk Report last year showed it to be the riskiest bank in the U.S. and, clearly, based on the above research that appears on the Fed’s own website, it’s aware of JPMorgan’s “window dressing,” the term used by its own researchers.

Goldman Sachs and Morgan Stanley came away with a higher CET1 capital requirement than even Deutsche Bank’s U.S. entity, DB USA, which was assigned a CET1 capital requirement of 12.3 percent. That’s really saying something. Deutsche Bank has lost money in four of the last five years, including a whopping $5.8 billion last year. Its stock price has evaporated 90 percent of its value since 2007 and it has been repeatedly hit with large fines by regulators for money laundering.

All of this is just further evidence that Congress needs to take away the supervisory powers over banks from the Federal Reserve; strip it of its ability to bail them out; and restrict the Fed to setting monetary policy. Those restrictions can’t arrive soon enough. 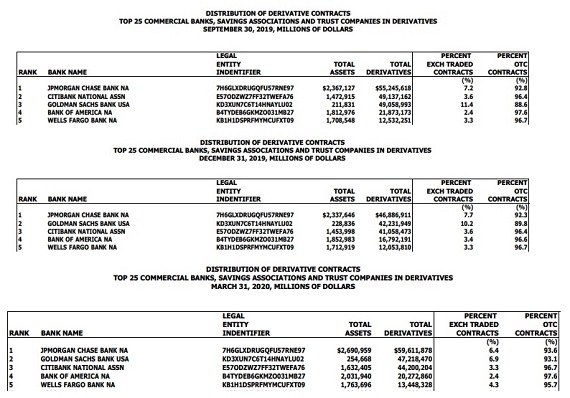 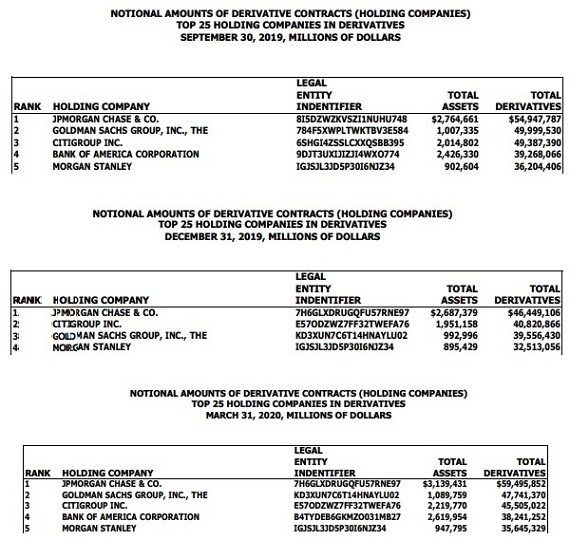