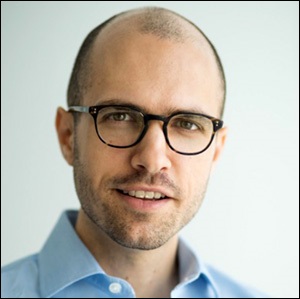 Last Friday, the New York Times officially embarked on what we have been expecting – an attempt to rewrite the current, ongoing Wall Street bank bailout. We were so certain that an alternative reality was going to emerge at the Times, that we had the foresight to create an archive of Wall Street On Parade articles (122 so far) that document every major bailout step the Fed has taken since September 17, 2019 – five months before the first COVID-19 death was reported in the United States.

One of our articles, published on January 6, 2020, shows that before the first COVID-19 case had even been reported in the U.S., the Fed had pumped more than $6 trillion cumulatively into the trading units of the largest Wall Street banks — not hedge funds, that the Times now attempts to blame for the crisis.

Before we delve into the latest propaganda war for Wall Street by the New York Times, you need a bit of background.

On May 12, 2012 Andrew Ross Sorkin of the New York Times wrote one of the most factually-challenged articles we have ever read by a business writer in the U.S. Sorkin attempted to rewrite the 2008 financial crisis and  knock down efforts at the time by Senator Elizabeth Warren to restore the Glass-Steagall Act.

The 1933 Glass-Steagall Act was passed by Congress at the height of the Wall Street collapse that began with the 1929 stock market crash that ushered in the Great Depression. The legislation tackled two equally critical tasks. It created Federally-insured deposits at commercial banks to restore the public’s confidence in the U.S. banking system and it barred these commercial banks from being part of a Wall Street investment bank or securities underwriting operation because of the potential for speculative trading to render the taxpayer-supported bank insolvent.

The Glass-Steagall legislation protected the U.S. banking system for 66 years until its repeal under the Bill Clinton administration in 1999. It took only nine years after its repeal for the U.S. financial system to crash in a replay of 1929, requiring the largest banking bailout in history.

Next, Sorkin says that investment bank, Merrill Lynch, had nothing to do with Glass-Steagall. In fact, Merrill Lynch also owned three FDIC insured banks in 2008, which would not have been allowed under the Glass-Steagall Act. Merrill was such a basket case that the Federal Reserve had to secretly pump $2 trillion cumulatively in loans into the firm to keep it afloat until its purchase by Bank of America, according to an audit done by the Government Accountability Office.

Next Sorkin asserts in the article that Citigroup – the poster child for the evils unleashed by the repeal of the Glass-Steagall Act – didn’t begin to experience its problems until “all hell was breaking loose” on the cusp of the fall of Lehman, AIG, Fannie Mae and Freddie Mac, all of which occurred in September 2008.

That is simply a blatantly false and preposterous statement that flies in the face of a mountain of facts to the contrary. Citigroup began receiving emergency funding from the Fed in December 2007.

A December 13, 2007 article at Reuters by Christian Plumb and Dan Wilchins reports the following about Citigroup’s condition at that time:

“Citi is already wrestling with billions of dollars of assets whose market value has declined, prompting Moody’s Investors Service on Thursday to cut the bank’s debt ratings…

“Assets linked to subprime mortgages spurred some $6.5 billion of third-quarter writedowns at Citi, and could spur another $11 billion in the fourth quarter…

“Fears about Citi’s assets have contributed to the 44 percent decline in Citi’s shares this year, about double the decline of the broader banking sector…”

We attempted to embarrass the New York Times into correcting the article with an article of our own in July 2012. No corrections occurred.

In January 2018, when Arthur Gregg (A.G.) Sulzberger succeeded his father, Arthur Ochs Sulzberger Jr., as Publisher of the New York Times, we wrote again requesting that Sorkin’s article be corrected. We received no response and the article was not corrected.

There is no other way to look at the New York Times’ refusal to correct that article than to see it as an intentional effort to undermine efforts to restore the Glass-Steagall Act.

Why would the Times be invested in that outcome? Because the universal banking model allows these behemoth banks to pillage the rest of the United States like a roving band of pirates, bringing their plunder back to New York to invest. This pumps up the economy in New York City and sends related ad dollars to the New York Times.

It’s not just Sorkin that has pedaled this Big Lie for Wall Street at the New York Times. Paul Krugman has played a major role in the propaganda machine as well, as we reported in February of this year.

The Times was not just some quiet observer to the debate about repealing the Glass-Steagall Act. The Times’ Editorial Board played an aggressive role in pushing for that outcome, something that few Americans realize today.

On April 8, 1998, the Editorial Board of the New York Times became an unabashed cheerleader for the creation of Citigroup, which was in violation of the Glass-Steagall Act at the time. Ten years later, Citigroup became a basket case, receiving the largest taxpayer and Fed bailout of any bank in world history. The Times wrote in 1998:

Now, along comes the Times with its latest propaganda war on behalf of the hometown pirates.

On Friday, the Times headlined an article by Jeanna Smialek and Deborah B. Solomon as: A Hedge Fund Bailout Highlights How Regulators Ignored Big Risks. Smialek is regularly present at the press briefings of Fed Chairman Jerome Powell so she can’t claim ignorance of what the Fed has been doing since September 17, 2019.

Nonetheless, the reporters write that “in March…the Federal Reserve came to Wall Street’s rescue for the second time in a dozen years.” In March? What about the onset of the crisis on September 17, 2019 and the launch of the Fed’s money spigot on that date? Is the New York Times really going to attempt to erase from the history books a $9 trillion bailout of the Wall Street banks’ trading firms?

According to the New York Times reporters, the blame belongs on hedge funds, while “commercial banks like JPMorgan Chase and Bank of America are better regulated and safer” than before the last crash in 2008 because of the Dodd-Frank reform in 2010. (Carefully note that there is no mention of Citigroup being “better regulated and safer.” That’s even a bridge too far for the New York Times.)

If JPMorgan Chase is “better regulated and safer,” someone forgot to tell the federal body that accumulates data on dangers lurking at the nation’s biggest banks. That body, the Federal Financial Institutions Examination Council (FFIEC), ranked JPMorgan Chase to be the riskiest bank in America, as we reported in-depth on November 25 of last year. According to charges brought last September 16 by the U.S. Justice Department, the bank has also allowed two current and one former trader to turn its precious metals desk into a racketeering conspiracy. The traders were indicted under criminal RICO charges, a law typically reserved for members of organized crime.

This is how JPMorgan Chase assesses its own risk in its most recent 10-K filing (annual report) with the Securities and Exchange Commission: “JPMorgan Chase faces significant legal risks from private actions and formal and informal regulatory and government investigations.” The 10-K notes that the bank has “several hundred” legal proceedings ongoing against it as well as a criminal investigation of the bank itself by the Justice Department in the precious metals matter.

The Justice Department would be hard pressed to hand JPMorgan Chase a deferred prosecution agreement again for the third time. This bank, that the New York Times tells its readers is so much safer now than in 2008, pleaded guilty to two criminal felony counts in 2014 for its involvement in the Bernie Madoff Ponzi scheme. It pleaded guilty to an additional criminal felony count in 2015 for its role with other banks in rigging foreign exchange trading.

In 2013, the U.S. Senate’s Permanent Subcommittee on Investigations released a 300-page report on how JPMorgan Chase had used hundreds of billions of dollars of its bank depositors’ money to gamble in exotic derivatives in London, losing $6.2 billion along the way. The case became known as the “London Whale,” because the trading was so large that it distorted the market. The FBI conducted a criminal investigation but no charges were brought. The bank did pay regulators $900 million to settle the matter. The Senate’s report concluded this about the safety of JPMorgan Chase:

According to the latest report from the Office of the Comptroller of the Currency, as of March 31, 2020, JPMorgan Chase held notional (face amount) derivatives of $59.5 trillion. That’s 22 percent of all derivatives held by the more than 5,000 commercial banks and savings associations in the United States.

The New York Times needs to come clean and issue a full apology and explanation to the public about its inaccurate reporting and damage control efforts for Wall Street banks.