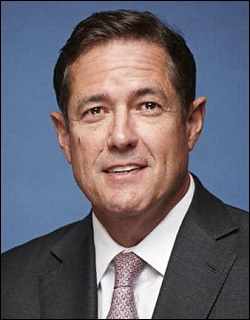 Outside of the Wall Street executives that did business with child sex trafficker Jeffrey Epstein, his first lieutenant, Ghislaine Maxwell, knows more about his Wall Street secrets than any other living person. Maxwell was arrested and indicted by the U.S. Attorney’s Office for the Southern District of New York (part of the U.S. Justice Department) on July 2, less than two weeks after the head of that office, Geoffrey Berman, was abruptly fired from his job by Attorney General William Barr. Berman’s former Deputy, Audrey Strauss, conducted the press conference regarding the Maxwell arrest. (See video below.)

We immediately noticed a peculiarity about the indictment document provided by Strauss. It covered only a brief 4-year period, running from 1994 through 1997. One of the main accusers of Maxwell, Virginia (Roberts) Giuffre, has credibly indicated in previous court filings that Epstein and Maxwell sexually abused her “between 1999 and 2002.” That should lengthen the scope of the indictment by five additional years.

The Southern District of New York, home to some of the biggest and most powerful Wall Street banks and their attorneys, who cycle in and out of jobs in that office, might have a strong reason to want to keep Giuffre’s claims out of this case. Giuffre has stated the following in a previous court filing against Epstein:

“In addition to being continually exploited to satisfy Defendant’s every sexual whim, Plaintiff was also required to be sexually exploited by Defendant’s adult male peers, including royalty, politicians, academicians, businessmen, and/or other professional and personal acquaintances…most of these acts of abuse occurred during a time when Defendant knew that Plaintiff was approximately 15, 16 and 17 years old…” 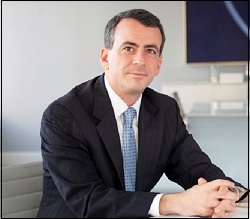 Indicative of how things work in the  Southern District of New York, Maxwell’s lawyer in the case is Christian Everdell of Cohen & Gresser. Everdell spent almost a decade as an Assistant U.S. Attorney in that office before arriving at Cohen & Gresser in 2017.

There is an abundance of evidence to be suspicious of how the U.S. Attorney’s office is handling this case. It is 14 years that the Justice Department has been sitting on the case against Maxwell.

The Palm Beach, Florida Police Chief, Michael Reiter, handed a deeply investigated case against Epstein and Maxwell over to the FBI in July of 2006 according to the intrepid reporting of Julie K. Brown in the Miami Herald in November of 2018. Brown indicated that it took just eight months of FBI interviews for the U.S. Attorney’s office in Florida to have a 53-page Federal indictment ready to file against Epstein involving sexual assaults against dozens of underage girls.

But the indictment was never filed. A “deal” was worked out by then U.S. Attorney, Alex Acosta, and Epstein’s well-connected lawyers. Federal charges were dropped against Epstein and he was allowed to plead guilty to only Florida state charges: one count of soliciting sex from a minor and one count of soliciting sex from an adult woman. Epstein was able to serve just 13 months in jail while also given a work release program to sit in his well-appointed office 12 hours a day, and driven around by his chauffeured limo. The deal was so outrageously constructed that it even denied his victims knowledge of the terms of the deal.

It was only because of the public outrage that was unleashed by Brown’s reporting in the Miami Herald and her emotional personal video interviews with Epstein’s victims, that the Justice Department was forced to bring new charges in 2019. Those charges were brought by the U.S. Attorney’s Office for the Southern District of New York, the same office that just indicted Maxwell.

An earlier attempt to shame the Justice Department into action came in 2016. The bestselling author, James Patterson, together with John Connolly and Tim Malloy, released a detailed investigative book on Epstein titled “Filthy Rich” in October of that year. The book mapped out in detail Epstein’s sexual assaults on young girls and the corrupted process involving the Justice Department that got him off the hook for his serial crimes. Patterson included a July 24, 2006 letter that Palm Beach Police Chief Michael Reiter sent to the parents of a young girl who had accused Epstein of assaulting her when she was 14. Reiter wrote to the parents:

Before Epstein could be brought to justice and witnesses called in an open public trial of the matter in the Southern District of New York, he died under suspicious circumstances in a federal prison in New York City. The death was ruled a suicide by the New York medical examiner. What’s the game plan for keeping Maxwell alive and safe by the U.S. Attorney’s office in the Southern District of New York? Maxwell has been moved to the same federal prison system in New York – this time at the Metropolitan Detention Center in the Sunset Park neighborhood of Brooklyn.

One of the powerful Wall Street banks that would likely prefer that this case would go away is JPMorgan Chase. The New York Times reported on July 22, 2019 that while Epstein was enjoying his sweetheart incarceration deal in Florida, he got a visit from James (Jes) Staley, one of the top executives at JPMorgan Chase at the time. (Staley has since moved on to become CEO at the U.K. bank, Barclay’s.) The Times’ explanation for the visit was that Epstein had “over the years” sent “dozens of wealthy clients to Mr. Staley and his bank.”

That’s hardly a reason to travel from New York to Florida to visit a registered sex offender in jail. Bloomberg News reported just five days before Epstein’s death that Staley and his wife had also visited Epstein on his private Caribbean island, Little St. James, in April 2015. Staley was no longer employed at JPMorgan Chase at that time.

A New York Times report in August of 2019 revealed that Epstein was able to maintain an account at JPMorgan Chase for 15 years, even after his conviction in Florida, despite warnings from its compliance officers that he posed reputational risk.

According to an investigation conducted by Wall Street On Parade, Epstein’s ties to JPMorgan Chase date back to at least 2001 when Epstein presided as Chairman over an offshore company incorporated in Bermuda called Liquid Funding Ltd. That company grew to at least $6.7 billion in outstanding liabilities. JPMorgan Chase was one of three banks providing a $250 million liquidity facility to Liquid Funding Ltd. JPMorgan Chase was also listed as its “Security Trustee.” Liquid Funding appeared to be propping up dodgy subprime mortgage dealers by giving them loans. Bear Stearns, where Epstein had worked from 1976 to 1981, owned 40 percent of the equity in the company. Bear Stearns collapsed during the financial crisis of 2008 and received $853 billion in secret loans from the Federal Reserve, as well as the publicly-disclosed $28.8 billion purchase of toxic assets through a senior loan from the Federal Reserve Bank of New York to sweeten the terms of the purchase of Bear Stearns by JPMorgan Chase. (See Jeffrey Epstein Chaired a $6.7 Billion Company that Documents Suggest May Have Received a Secret Federal Reserve Bailout.)

The Justice Department, like many other formerly revered institutions in America, is no longer trusted by millions of Americans. A limited or corrupted case against Maxwell will simply deliver another black eye to an already tainted institution.